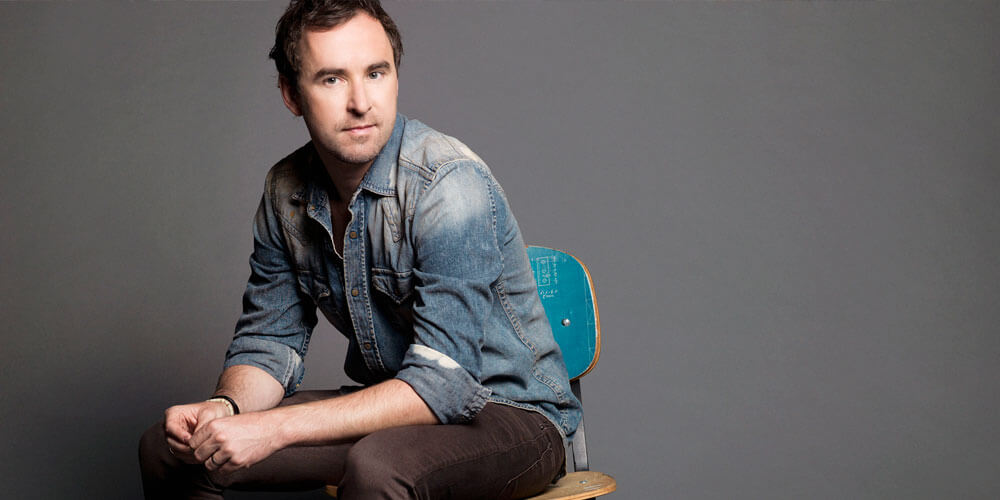 The popular performer, who will be returning to Caloundra for one of his most intimate shows yet, studied and worked as a chemist for 10 years before finding his feet in the music industry by winning Australian Idol in 2006.

“Funnily, chemistry was meant to be the fallback if the music didn’t work,” he tells My Weekly Preview. “When I did chemistry, it was also the peak time for me making demos and doing gigs everywhere and I was sure something would happen early on, but it took years and years. Chemistry paid a lot of bills in between.”

It’s been 12 years since Mr Leith began his successful professional music career, which has seen him in high demand from artists looking to tap into his songwriting prowess as well as on the touring circuit. His last concert on the Sunshine Coast – an ode to Roy Orbison – sold out and his latest solo performance is on track to do the same.

The Sunshine Coast, and Caloundra in particular, has been a firm favourite for Mr Leith and he was determined to include us on his latest tour, which has only a dozen dates.

Mr Leith says he is becoming more selective about the time he spends on the road as he wants to spend more time with his wife Eileen and children Jarvis, 12, Jagger, 10, and Kiki, seven.

It is his children that inspired his latest venture, the Storytime app, which was released last month.

“I have always told my kids bedtime stories and over the years with travelling so much, I started to record them on my phone, so they could listen to them while I was away,” he says.

“It turns out I had recorded over 100 stories on my phone, and they’re 15 to 20 minutes each, so the memory of my phone was chewed up. I thought it would be pretty cool to create something for other parents.

“With an album, you record the 12 tracks and it’s done, but with this app it’s constantly changing. There are already 17 stories up there with more being added all the time and it’s really exciting.”

Mr Leith says his children have been the ‘gatekeepers’ of the content – when he listens back to his stored stories, he pays attention to the ones which trigger the most questions and laughs from the kids and these are the ones he is reworking for the app. The children also feature on a couple of the stories.

Despite entering Idol “on a whim” at the encouragement of friends, Mr Leith says at the time, he had no expectations of where the show might take him.

“I hadn’t even watched much reality TV up until that point, but I had always hoped something would happen at some point [with my music] and as a result of wining the show, it has opened up so many doors, way more than I thought would possibly happen,” he says.

“I love playing with the band, but a big part of what I’ve always done since I started music was intimate singer/songwriter set and it’s something I’ve always loved,” he says.

“I get to chat, change up the set, bounce off the energy of the audience and really get in to the raw emotion of the songs. And I have even taken requests.”

Damien Leith is at The Events Centre, Caloundra on April 20 at 8pm. Tickets are $50 available at theeventscentre.com.au.