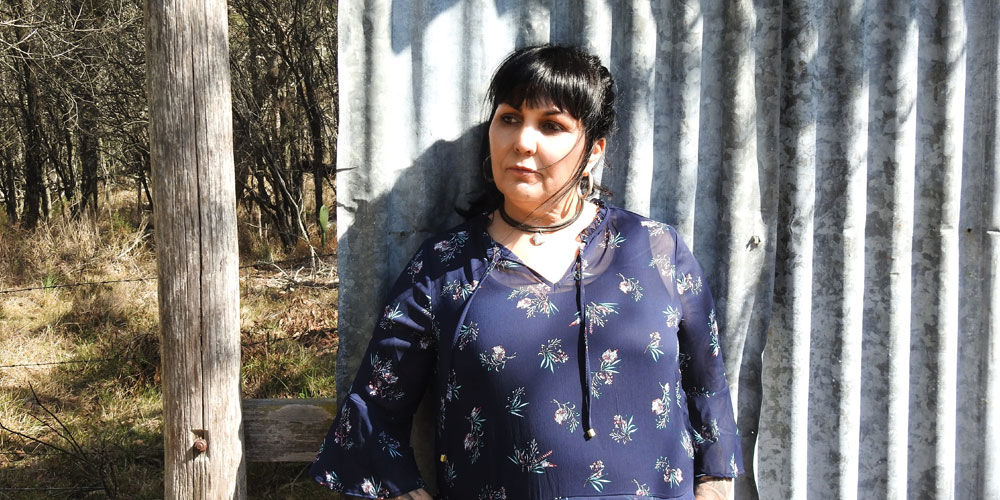 As the seats begin to fill, Charmaine Wilson sits backstage in complete stillness. She focuses on one thing – raising her vibration in order to connect with spirit. She is about to walk out in front of hundreds of people all hoping for a chance to have a live reading from the renowned spirit medium.

Despite discovering her gift in 1999 after her father died and beginning her work as a medium in 2002, Ms Wilson admits she is still “petrified” every time she sets foot on stage. Not because of stage fright, but because she never knows what is about to unfold.

She will no doubt feel the same when she steps onto the stage at The Events Centre, Caloundra on May 20. “I know what to say at the beginning, where I explain my processes, and at the end where I give everybody a message of hope that they can take home with them. But the middle depends on the spirits,” she explains.

“Usually I am attracted to one part of the room, and then one particular person in the room, like a big magnet. I literally can’t look anywhere but at that person and then all of the spirits connected to that person will come around them.

“I allow those spirits to give me whatever it is that will resonate with the person in front of me and usually that is to establish how that person passed away. I will actually be able to feel that and it can be quite specific depending on the spirit.

“Then they show me things about them, who they were, how they liked to dress, all types of funny and crazy things. You never know what ridiculous things you are going to hear.”

Ms Wilson begins preparing for each show at least 24 hours before in order to ensure she is in the best possible place to provide clear and precise readings to those she is attracted to on the night.

Ms Wilson has a depth of empathy and compassion born from tragedy and heartache that allows her to emotionally connect and resonate with each of the people she reads for. She lost her brother and four-year-old daughter to tragic accidents and her mother passed in late 2006. She has also lived through the trauma of suicide of a very dear friend and recently lost her stepfather.

The Sunshine Coast holds a special place in Ms Wilson’s heart. In the time before remote studios, she drove from her Ipswich home to the Hot91 studio in Maroochydore every two weeks throughout 2005 and 2006 to do phone readings for callers during the breakfast show.

Now living in Stanthorpe, Ms Wilson has decided to move on from the tour-bus lifestyle she lived for a time with her husband Patrick. She now focuses on her Living With Spirit workshops and live shows, giving herself enough space to interact one-on-one with people dealing with grief and loss on social media and continue to write her popular books.

“I encourage people to come to a show with an open mind and an open heart.

“Spirit exists and there is a possibility to communicate after they transition, but you need to remember the life of the loved one, not their death.

“Once you embody what they gave to you while they were alive, the signs they are trying to give you will become clearer.”

Sunshine Coast residents will get an opportunity to see Ms Wilson in action at The Events Centre, Caloundra on May 20. Tickets are still available at theeventscentre.com.au.