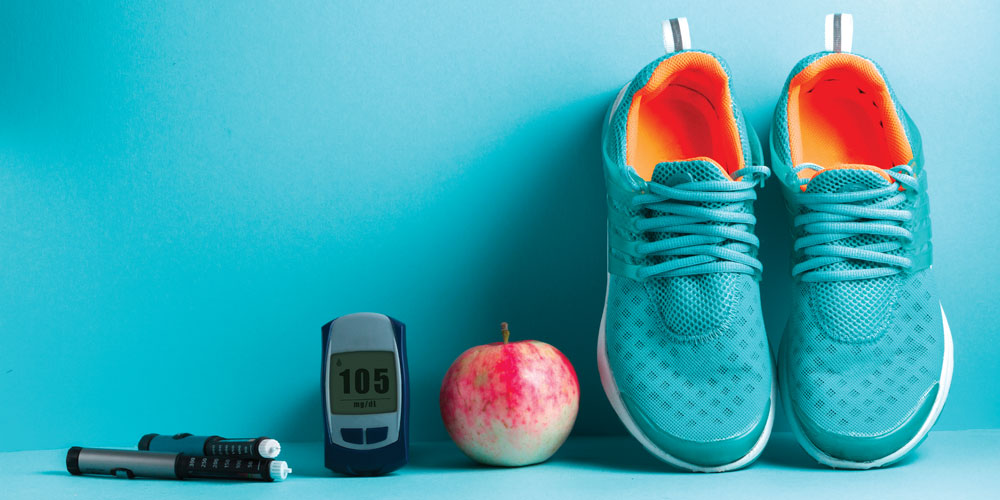 “It’s worrying, even when you are expecting it,” she says. “I have relatives who have had type 1 diabetes who have had terrible things happen. My uncle lost his vision and both legs below the knee. They’re scary things and you hope that being careful with eating, you can avoid it.”

Ms Rossow maintains a healthy diet and tries to stay active despite suffering chronic pain from a number of other health issues, and due to her family history, takes Metformin to help keep her blood glucose levels down. The biggest lesson she’s learnt through navigating the illness is how important it is to educate yourself, because not every health practitioner will give the right advice for your specific needs.

“I’d been on Metformin for about a month and the doctor said the normal process is to go up to two tablets. I said I wanted to have a test first, rather than just keep increasing the medication. I had a test and it showed I was below seven.”

The international standard way of measuring blood glucose levels is in terms of a molar concentration, measured in mmol/L (millimoles per litre). A fasting blood sugar level from 5.6 to 6.9 mmol/L is considered prediabetes. If it’s seven mmol/L or higher on two separate tests, you have diabetes.

With her diet of green smoothies, soups and salads, it wasn’t food that made the major difference in Ms Rossow’s case – it was medication. However, she had to challenge both doctors and dieticians to find the right treatment for her case. “I’m all about being proactive and advocating for yourself,” she says. “Just because people tell you something from a medical field, it doesn’t mean you have to agree with it. You can challenge it and ask for a second opinion. I wasn’t happy with my first dietician – she was rude and told me to eat foods I knew I was allergic to, like gluten. So I found another one.

“It wasn’t that I was being dogmatic in my ideas; it was that I’d been well-informed and I know my own body and I know what I can and can’t do. You have to be your own advocate in some cases because you can’t rely on every doctor or support professional to be able to consider the complexities of each individual.

Something else she’s learned is how important it is to confront the disease head on. “Some people would prefer to live in the dark with it and pretend it doesn’t exist, until suddenly they get hit with something major that’s gone wrong.

“It’s a natural human response to flee from it, to not want to know. For me, I’ve always known it was a possibility because of my family, so I’ve always had checks.”

Diabetes is the fastest growing chronic illness in Australia. According to Diabetes Australia, one Australian is diagnosed with type 2 diabetes every five minutes, and it costs the country $6 billion a year. Globally, diabetes killed 1.6 million people in 2016 and was the seventh biggest global killer, according to the World Health Organisation.

Of the three main forms of diabetes – type 1, type 2 and gestational – type 2 is by far the most prevalent, representing 85 to 90 per cent of all cases. It usually develops in adults over the age of 45 years, but is increasingly occurring in younger age groups, including children.

According to a recent study by The University of Edinburgh, the chance of children developing type 2 diabetes more than triples if their mothers are obese during pregnancy.

Most concerning is that hundreds of thousands of people have undiagnosed type 2 diabetes, which could lead to a host of health problems, from blindness to amputation or heart disease, if left untreated.

Diabetes is a chronic disease characterised by high levels of glucose in the blood. Blood sugar levels are controlled by insulin, a hormone produced by the pancreas. Diabetes occurs when the pancreas is unable to produce enough insulin, or the body becomes resistant to insulin, or both.

It’s called the silent killer because its symptoms are easy to miss, or pass off as something less sinister. Symptoms include weight loss, frequent urination, excessive thirst and hunger, fatigue, irritability, blurred vision, slow wound healing and nausea. If you’ve experienced any of these symptoms or are overweight and/or inactive, it’s best to visit your doctor and ask for a fasting blood test.

The good news is most people can manage type 2 diabetes by following a nutritious diet and staying active.

The Sunshine Coast Hospital and Health Service (SCHHS) provides free information sessions for people diagnosed with type 2 diabetes or pre-diabetes. The workshop is designed to support participants to achieve their health goals and enable better management of their condition.

SCHHS healthy lifestyle co-ordinator Kerry Roach says: “Most people have a good understanding of what they need to do to lead a healthy lifestyle, so our sessions are designed to build on that and empower and motivate people to get on with the job.”

The information sessions include presentations from dietitians, social workers, nurses and health promotion officers. Participants can also access resources and links to further support in the local community.

“Leading a healthy lifestyle and having good management of blood glucose levels will assist a person with type 2 diabetes to reduce their risk of complications associated with the condition including blindness, kidney damage, amputations and heart attack,” Ms Roach says

Information sessions are held regularly across the Sunshine Coast at Gympie, Maroochydore and Caloundra.

All sessions are free and run from 9am to 1pm. Bookings are essential. For further information and dates of the next session please call 5202 9772.

Around 1.7 million Australians have diabetes.

Diabetes is the leading cause of blindness in working-age adults. 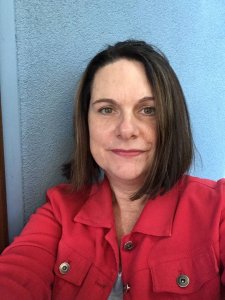 Dale Cooke is an accredited practicing dietician with Diabetes Queensland and travels the state running group education workshops. She says what’s so alarming about diabetes is that so many people are unaware they have it.

“In Queensland, we’ve got more than 100,000 people walking around with type 2 diabetes who don’t know it yet,” she says. “It can take quite a long time for the symptoms to become apparent. Often men, especially, don’t go to the doctor. They tend to suffer in silence.

“On the Sunshine Coast there are 13,000 people with type 2 diabetes and in Queensland overall, there are 215,000 living with it. That’s about one in four adults.”

Ms Cooke advises against fad diets in the management of diabetes type 2, and while plenty of people are getting good results with the keto and paleo diets, she is cautious.“The thing with something like the keto diet is it’s good for losing weight, but it’s not a sustainable way of eating. You can’t go out and meet a friend and have a meal and follow a keto diet, generally.

“Ideally you would minimise added sugars, cakes, biscuits and lollies. But you also have to recognise that a lot of our celebration food contains added sugars and added fats. It’s not the end of the world if you do have a slice of cake on your birthday if most of the time you’re eating healthy and aiming for 30 minutes of exercise a day… It’s when the extras form the basis of your diet that they become a problem.

“We would recommend people get a check with their GP, particularly if they’re over 40 years of age.”

To assess your risk of diabetes, visit myhealthforlife.com.au. 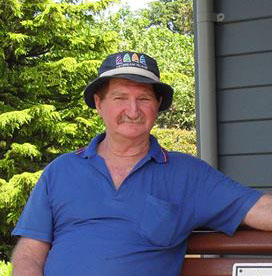 Russell Smith is a 64-year-old bus driver and former truck driver from Eagleby. He spent years living on Coke, Pepsi, McDonald’s and KFC, driving trucks long distances and doing no exercise. The thought he could develop diabetes never occurred to him.

“I didn’t really care,” he says. “I couldn’t walk far because I was too overweight – around 130 kilos. My doctor told me to get off my big fat behind and do some exercise or he guaranteed I’d be dead in 18 months.

“He did a full blood work-up and said ‘this is what it should be, this is where you are – mate, you’re the walking dead’. I was shocked.

“I went to a dietician who took all my measurements, did a pinch test … and said, ‘you’re in bad shape’.”

“It was relatively easy actually. It has taken me from 2011 to now to lose that weight. I was drinking Coke like it was going out of fashion, eating KFC and Maccas. I hardly ever sat down and had a decent meal with vegetables. Now I make sure I have potato, carrot and pumpkin mashed up with peas and cauliflower. If I have sausages, steak or chops, I make sure I have at least five vegetables. I don’t have time to go shopping for fruit, so I buy tins of fruit salad, but in the juice, not the syrup. I just have two or three dessert spoons of that. For lunch I have a sandwich with lettuce, ham, cheese, tomato and pickles.

“The last full blood count my doctor did, I was a four. Anything over seven is classified diabetic. The doctor said, ‘… you’ll never get rid of the term diabetes, even through you’re a four. All you have to do is start eating all the wrong stuff and you’ll be back here’. I said ‘that will never happen’.”

Mr Smith says he could barely walk half a kilometre before he tuned his life around. Now he can walk 10 kilometres, despite injuries to his knees, shoulders and spine from three truck crashes. “I’ve still got pain, but it doesn’t hurt as much. All you have to do is eat properly, have a well-balanced diet and do your exercise. I used to be the laziest son of a gun out; I wouldn’t walk to save my own life. The way I look at it, if I can do it, anybody can do it. It’s just a case of wanting to do it.”

Continue Reading
You may also like...
Related Topics: diabetes, Health

On trend: maximalism
A feast fit for the royals