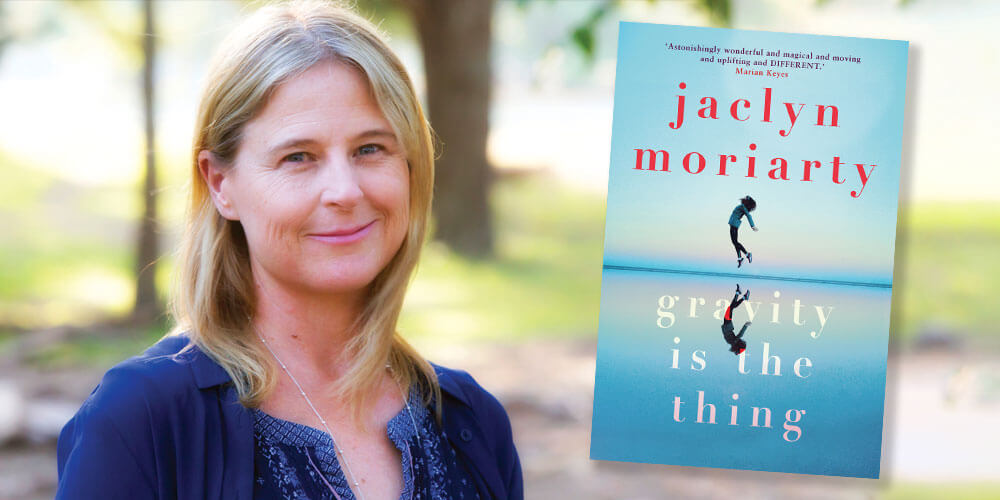 In the past, Jaclyn Moriarty dedicated a couple of years to each of her critically acclaimed novels.

But this time around, the Sydney-based author created a work of literary art that was the culmination of 15 years of observations, experiences and research.

For that reason, Gravity is the Thing is unlike anything you have read before.

The story follows 35-year-old Abigail Sorensen, who has spent her life trying to unwrap the events of 1990 when she  started to receive random chapters from a self-help book called The Guidebook. It was also the year her older brother Robert went missing.

Ms Moriarty says one of her inspirations for the book grew from the self-help mantra “anything is possible if you believe”.

“It was my son, who is now 12, who said it to me when he was four years old,” she tells My Weekly Preview. “We were playing a game and he asked me to be him and he could be the mummy and I mentioned to him it would be a fun pretend game to play, but he was adamant that we would actually figure out how to swap,

“I tried to explain that it was impossible, but he told me anything is possible if you believe. He must have heard it on a children’s cartoon and it made me realise how much it has infiltrated popular culture and the collective psyche.”

In the book, Abi is pulled into a flight school and the idea is that if you believe in flight, you should be able to do it.

“There is also this idea of people needing guidance in their life,” Ms Moriarty says. “I like the idea of somebody telling me how to live my life; sometimes I feel like I’m not very good at living, making appointments in time, taking opportunities to learn a language, basic things like skincare regimes and sometimes more profound things like the kind of relationship you should be in.

“It made me think, what if there was a committee of experts who provided guidance to everybody, how you should change decisions you’ve just made and do this instead. Obviously many people would hate it if it happened and don’t actually want to be told what to do, but it was a great fantasy to pursue.”

The Guidebook becomes an anchor in Abi’s life and Ms Moriarty says she used this to demonstrate how we often seek out connections for things in our lives to make sense of the chaos and randomness that often ensues.

As part of her research, Ms Moriarty read countless self-help books over a 15-year period and says it made her “a bit unhinged”.

“I was trying not to be too cynical and satirical at the same time as wanting to believe in them. One part of my mind was making fun of them and the other part was applying exactly what each book said,” she says.