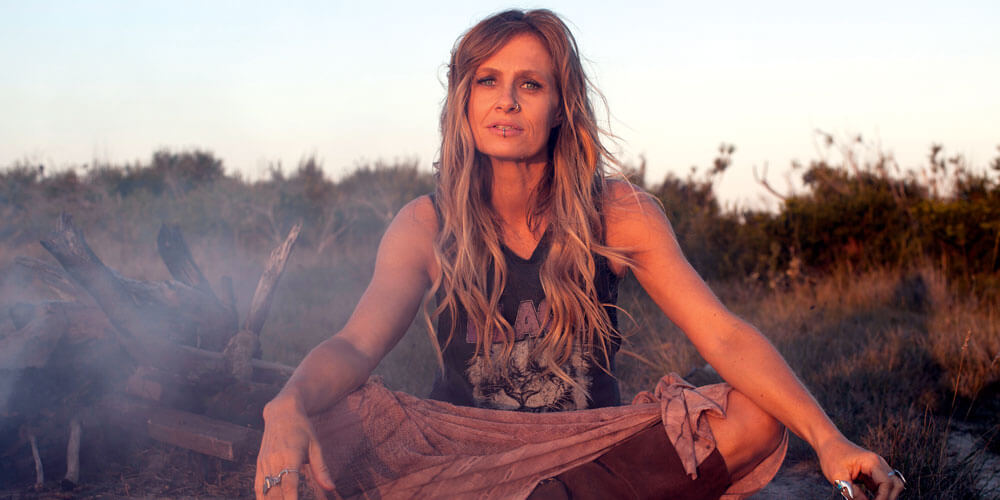 Kasey Chambers grew up sitting around the campfire, literally. Her father was a fox hunter in the Nullarbor in Victoria and the country music star spent countless hours with her brother and parents huddled around campfires in an isolated but fulfilling lifestyle.

So when it came time for her to create Campfire, her 12th studio album, Ms Chambers unleashed all of the songs that had been in the back of her mind for many years.

“I feel like it’s the easiest album I’ve ever written because the songs just fell out. It really felt natural.”

“Everybody feels like the campfire is a calming place to be. When everyone’s around it with you, you never wish you were anywhere else and people are happy to be there and to be present and live in that moment, which is why I find it so inspiring.”

Ms Chambers is known for her hit singles Not Pretty Enough and True Colours, and her popularity skyrocketed with her seven-time platinum album Barricades & Brickwalls, released in 2001.

Despite raking in accolades and working with industry superstars like Paul Kelly, Keith Urban and Ed Sheeran on her last album, Ms Chambers says she was “fangirling so hard” when she was able to work with US country music legend Emmylou Harris on Campfire.

“It was like a dream come true for me and her name means more than every other name put together for me. She was one of the biggest influences of my whole life, one of the voices I’d heard more than any other voice in my life. To have her on this particular record, which is so much about my childhood, as such an integral part of my inspiration was just perfect for me,” she says.

The mother-of-three’s connection to family has sustained her through what has been at times an overwhelming career. Her brother Nash has produced most of her albums, while her father Bill has lent his musical talents and songwriting.

He will join Ms Chambers on stage as a member of the Fireside Disciples for the duration of her 2018 tour and she says her “lack of filter” will mean a lot of intimate family stories will no doubt be shared while they are on the Sunshine Coast.

In 2015, Ms Chambers went through surgery to remove nodules from her vocal cords, but says she has never felt better.

“On one level it was kind of scary, having surgery on the thing that is your livelihood, but it had reached the point where I could barely sing one whole gig anymore.

“Six weeks later I was on tour and I was ready to get back into it by then. Being on stage is still my favourite part of what I do.

“I’ve grown up on stage and because I don’t have that on-stage and off-stage me, I kind of just go out there and sing the songs that mean a lot to me and often get very personal. But I am comfortable with that and even when I’m going through hard times or something in my life, or I’m just having a sh*t day for some reason, when I go out on stage I feel a lot more like myself.”

Kasey Chambers and the Fireside Disciples will be at The Events Centre, Caloundra on June 28 at 7.30pm.

Culture on the horizon
Sunshine Coast author inspiring others