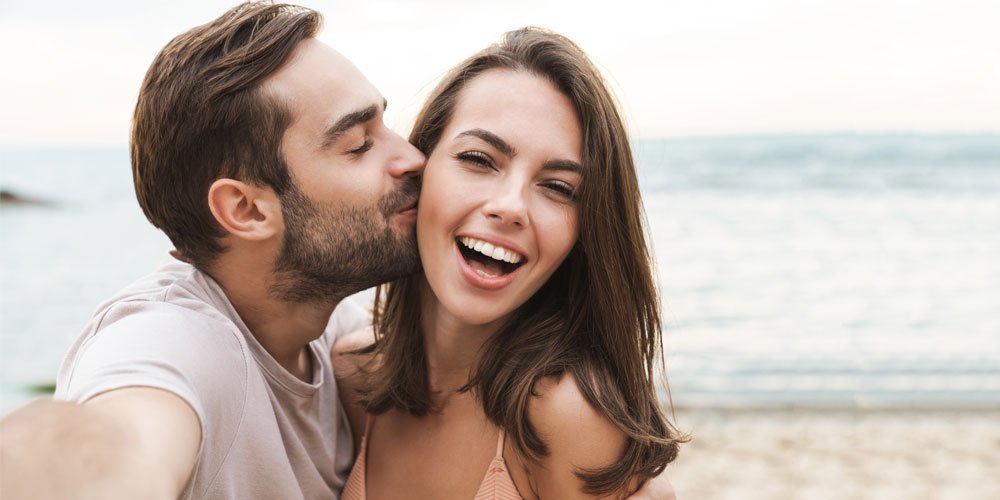 For singer-songwriter Adele, words of affirmation will do the trick, and she’s not alone. According to Gary Chapman, who published the international bestseller The Five Love Languages: How to Express Heartfelt Commitment to Your Mate in 1992, surveys have shown words of affirmation are the most common primary love language – but only by a small margin.

Since the Baptist pastor from North Carolina first came up with the concept that most of us express and receive love primarily through one of five ‘love languages’, the book has gone on to sell more than 11 million copies in English, been translated into 49 languages and become a widely accepted way for people to more effectively relate to their loved ones.

Mr Champan has written a number of spin-offs aimed at how we can use love languages with children or in the workplace, and the concept is now seen by many relationships counsellors as a legitimate way to improve relationships.

And, it’s not just pop psychology; it’s backed up by science. Lecturer in psychology at the University of the Sunshine Coast Dr Rachael Sharman says the science stacks up.

“It’s such an unusual story and very deserving of its popularity,” says Dr Sharman. “It’s not the way science is meant to be done. This guy working at the coalface for about 20 years says, I reckon this is what’s going on. Normally people get into trouble and are called charlatans for that. But his work has been validated scientifically through factor analysis.

“He pretty much nailed it. It has been well researched since the book came out and has been found to come up trumps. Even very po-faced scientists have accepted this is legit. It’s a great story because it so rarely happens.”

Now well known to millions, the five love languages are quality time, physical touch, acts of service, giving and receiving gifts, and words of affirmation. But while many of us have taken the quiz to work out what our own love language is, we may have missed the point. Mr Chapman’s aim in writing the book was to urge each of us to learn the love languages of others and adjust our behaviour accordingly, rather than coming purely from a self-focussed perspective.

Psychologist and relationships counsellor Suzanne Loubris of Leah Dique and Associates at Nambour introduces the love languages concept to all couples who come to her for counselling, as well as individuals who come to discuss their relationships. She says many clients voluntarily bring the concept up during a session, because it has become so normalised.

“I think the love languages provide couples with a way in which to talk about their differences and learn to respect those,” Ms Loubris says. “To put words to what could be a cause of conflict. When they understand that it is an act of love to do something that is out of their character and they see how happy it makes their partner, then that might be worth it to them. It really creates understanding and reduces conflict.”

Not only that, but learning the love languages can also save your time and money. “No point buying them gifts when all they want to do is sit next to you on the couch,” Ms Loubris says. “No point sitting next to someone on the couch or giving them a massage when what they want is a cup of tea.

“The story I tell people to help them understand how the love languages works is the following:

“When I stayed over at my partner’s house when he was working and I wasn’t I used to wake up early to make him a special yummy breakfast. It took me a while to realise that he didn’t like that at all. You see, my love languages are gifts and acts of service. So I got up early and made him a gift of breakfast. He had a very specific routine and breakfast that he had been sticking to for 40 years. I don’t like getting up early and I don’t eat breakfast, so when I worked out that I was actually annoying him I thought it was hilarious and I continued to sleep late and not eat breakfast and he made his boring cereal and we were both happier.

“His love languages were quality time and touch. This meant that if I sat on the couch with my feet in his lap and he rubbed them, he was happy. I am an unusual woman in that I don’t really care for having my feet rubbed. But I do love attention and I loved making him happy. One of the things that happened over time was the realisation that we liked sitting on different types of couches. So we proceeded to do so; no more foot rubbing. I do believe that this put a subtle wedge  between us.

“What you realise over time is that people show love with their own love language – and the other person is wondering why their partner doesn’t show them any love. One couple I encountered would check in with each other after having read the book. ‘How is your love tank doing?’ they would ask each other, and if one of them said they were feeling a deficit in love, then the other would do what was needed to fill their partner’s love tank. It might involve watching a movie on TV with them, even though they themselves were not fond of watching movies on TV. But they were fond of their partner and wanted to make them happy.”

It doesn’t take a scientist to work out relationships can be difficult, especially when you throw stresses like a mortgage and kids into the mix. With the added stress of COVID, lockdowns, job loss and illness over the past two years, our relationships have been placed under exceptional strain.

“When we look at some of the stats, roughly one-third of marriages will end in divorce and of the two-thirds that remain intact, about one-third of the those will say they are still madly in love with their partner 20 years later,” Dr Sharman says. “It’s a significant minority.”

Marrying for love is a relatively modern development and for most of recorded history, love was not a consideration in a marriage. If it developed, it was a happy coincidence. Today, we expect a lot more of our partners – we want a soul mate.

“The love marriage is very much a Western concept,” Dr Sharman says. “A number of cultures still do arranged marriages. Interestingly, they do very well. We think the reason for that is the parents know their children quite well; they are good at picking a partner who will be a good match. We think the love languages are a reason why arranged marriages work well, because parents have a good idea what their kids require in terms of self-esteem boosting.”

Whether we are a good match for someone depends on more factors than most of us are aware of, so if the love languages can help along the way, it’s a good thing, according to Dr Sharman. She cites the influence of HLA (human leukocyte antigens), an important genetic component of the human immune system, on human partnership and sexual satisfaction.

“It is to do with immune compatibility,” she says. “Some people smell really good to you and some people just smell foul. People who smell great to you, if you breed with them, the child will have better immune coverage. This is body chemistry; it’s very reptilian.”

She cites American psychologist Dr John Gottman, known for his ability to predict with a 90 per cent accuracy rate which couples will stay together and which will divorce.

And if you’ve ever looked up your astrological compatibility with a potential partner, Dr Sharman says don’t waste your time.

“Astrology is complete bunkum,” she says. “Scientists have looked at relationship compatibility and star signs and compared them with the numbers of marriages and divorces and found absolutely no difference whatsoever between any of them.

“I think the love languages is one of the better ways to weigh up compatibility,” she says.

IThe Five Love Languages author Gary Chapman ran an online quiz on his website and received 10,000 responses. While he noted it was not a scientific study, it gave an idea of which are the most popular ways we express our love to our partner and how we’d most like to receive it.

In 2020, 78,989 marriages were registered in Australia, a 30.6% decrease from 2019.
30.6% is the largest annual marriages decrease ever reported by the ABS and is believed to be due to COVID restrictions.
The divorce rate remained at 1.9 divorces per 1000 people in 2020.
According to the ABS, 33% of Australian marriages end in divorce and this trend is increasing over time.

Continue Reading
You may also like...
Related Topics: love, psychology