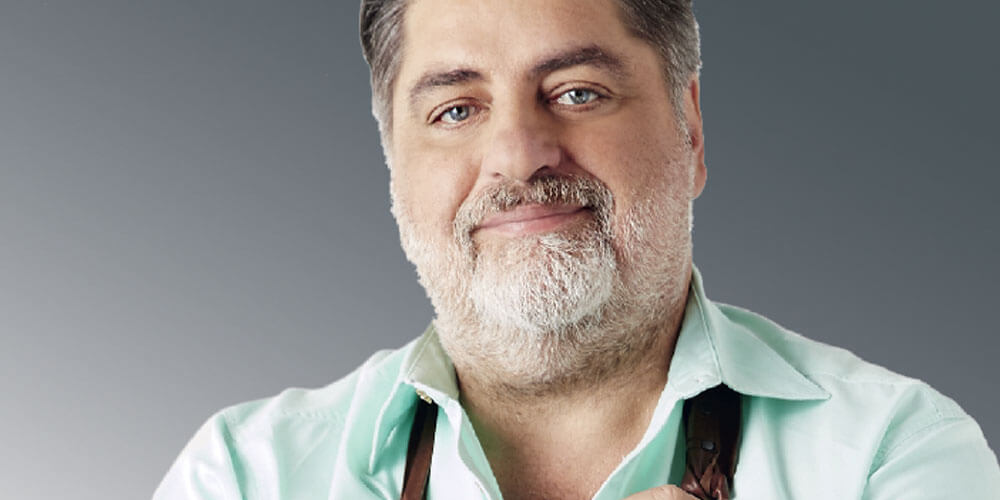 For Matt Preston, a good recipe is very much like a puppy from a rescue home. It finds its way into your home, makes a place for itself and soon becomes a much-loved member of the family.

Even though he has written more than two million words about food, Mr Preston, who is one-third of the MasterChef trio that revolutionised the way Australians look at food (and cravats), admits that even he has a cooking repertoire that he falls back on at home.

He has shared some of them in his latest cookbook, Yummy Easy Quick, which was released this month.

Mr Preston says much has changed in the way Australians look at sustenance versus culinary enjoyment since his first foray into the industry as a food writer 18 years ago, and he has seen one of the most remarkable food revolutions right here on the Sunshine Coast.

Mr Preston first came to the region in 1995 to visit a friend who lived in Maroochydore.

“There was one skyscraper and a strip of two-storey places and we went to a Thai restaurant with a karaoke bar on top of it,” he tells My Weekly Preview.

“I have since been back many times to write stories and was actively involved in the Noosa Food and Wine Festival for nine years.

“The whole strip on the Coast is booming and it’s great to see people like [MasterChef 2016 runner-up] Matty Sinclair coming back and opening Sum Yung Guys and just smashing it.

“I wondered 10 years ago whether that would have happened, because tourism-based markets are always really hard to crack.

“But locals are finding the restaurants that they love, and they are supporting them, which means now people can open a little French bakery or a little place serving Malaysian satay and people will come.”

Mr Preston says Coast residents are spoilt for choice when it comes to fresh produce, with hinterland greens, fresh seafood and “one or two quite nice macadamias” readily available.

“In the old days, I might have been talking about Buderim and associating that with ginger and may have talked a little bit about the fresh fish caught off the Coast, but now I could easily write a list of maybe 50 to 60 small producers who are offering something really impressive,” he says.

The evolution of food on the Coast is something Demi Paterson has found intriguing.

When the owner of Patersons Cooking School first moved to the region 25 years ago, she struggled to buy sundried tomatoes.

Now, you can easily source ingredients to produce dishes from around the world and there is an insatiable demand for classes teaching everything from the basics of home cooking through to European, Asian and Middle Eastern cuisines.

“The thing we love about Australia is our diversity and we are about bringing cultures together through food,” Ms Paterson says.

“It’s a way that people can bring out their creativity. While some people aren’t painters, they can absolutely bring food to life and make the produce really stand out.”

Ms Paterson says while some cooking shows inspired people to experiment in the kitchen, there was a point where kitchen artistry became a bit too overwhelming for the cooking beginner.

But things are being wound back and cooks, chefs, and homemakers are revelling in getting back to basics.

“Otherwise, it’s like putting up chandeliers if you haven’t even got floorboards down yet,” she says.

“I think people can get carried away with is it organic or isn’t it? What’s important is that they let the fresh produce shine.

“You don’t have to dress it up with top hat and tails, good produce will sing for itself, it’s learning how to make it shine.”

Ms Paterson says cooking is a skill that will last a lifetime and food is a phenomenon that will continue to evolve.

Clean eating is a movement that is quickly gaining traction throughout the country and Mr Preston says he even found himself removing processed sugars from his latest book in a bid to offer more healthy home-cooked meals for his fans.

“For Australians, food used to be fuel. It didn’t matter if you had chops, peas, carrots and mashed potatoes every day of the week.

“But now Australians are among the most travelled people in the world and there have been waves of migration that have brought magnificent cooks and cuisines to the country and it is understandable why our palates have expanded,” he says.

“I think we’ve become much more confident and assured in our place in the culinary world.

“We used to think that good food was equated with expensive food, but Australians have over the last five years come to terms with the idea that a great French fry is a thing of beauty, as is a good burger, as is a truffle soufflé. That’s a sign of us being more mature as a nation.

“We have the flexibility to be creative, we understand flavour, and we also understand that more is not more when it comes to food portions.

“You can put together brown rice, pea shoots, crushed macadamia and local avocado and it’s not only delicious, but it’s going to cost you less, you will eat it lovely and fresh, and feel good at the end of it.”

Mr Preston is pleased to see the “desire for the dinner party to be a competitive sport” has faded and the “complicated, too-chefy” recipes have fallen by the wayside to make way for a move back to basics, where flavour reigns supreme.

He doesn’t place too much weight on some of the latest food fads, including the use of charcoal and squid ink to colour foods, as they are based on visual social media platforms and won’t have the staying power of a less visually pleasing dish that packed a punch in the taste department.

“There is still a bit of a dichotomy between the stuff we want to cook as home cooks and what we want when we go out to eat,’’ he says.

“At home, we want maximum bang for minimum effort, but when we go out, we want food that is a little bit different.

“One of the great things in Australia is the family-run restaurant, where the chef’s out the back and his or her partner is on the floor out the front.

“They’ve made your food and there is a real sense of hospitality.

“There is a role for chain restaurants in terms of food as fuel, but these more intimate places are where you can build a connection and truly experience the best fresh local produce.”

“The fact that blokes can sit down around the bar and discuss what wood they are using for their smoker and the latest spice rub is fantastic,” he says.

“There are certainly a number of on-the-go-buy-a-pie tradies who nowadays are probably just as likely to be catching their own Spanish mackerel, fillet it and grill it with a bit of lemon because they know simplicity and the right produce is the best combination.

“Kids are also more demanding, which is a good thing and a bad thing. I think maybe 20 years ago a kids’ vocab when talking about food was yum or yuck.

“Now they will give you a full critique of what you’ve done wrong, even if it may not be welcome…”

If Mr Preston is to give one pearl of wisdom about cooking, it is not to overthink things.

“You don’t have to dress it up with top hat and tails, good produce will sing for itself”

“Cooking isn’t particularly hard, if you’ve got the right advice,” he says.

“But the number one rule is to enjoy it and not to overcomplicate things.

“Just put out a big bowl of iceberg lettuce, lots of cheeses and crusty bread everyone will be happy to make their own sandwiches.

“Sometimes the things people love the best are the really simple stuff.

“You don’t want to have five pans on your four-burner stove and spend 32 minutes frantically racing around  the kitchen.

“The main thing is not to get stressed, we’re here to help and you don’t need a tall white hat to make a tasty dinner.”

Matt Preston’s dinner party tips
1. Don’t call it a dinner party. You will only put pressure on yourself and create expectations for them.
2. Cook something that you know you love and your family loves and, most importantly, you’ve cooked before. It’s not about showing off, it’s about enjoying the time with the people who are coming over.
3. Take time to prepare your home. Make sure there’s gas in the bottle of the barbecue, there’s enough toilet paper in the lav and you’ve got lots of ice – that is crucial.
4. Think tasty, don’t do too much. People are coming over to see you, not to eat your food and you’re not a restaurant. Salads are something you can make before people arrive, chuck a leg of lamb on the barbecue, or do a tray bake of chicken, that way it doesn’t matter if they are late or you are late finishing up.
5. Imagine that your guests are coming an hour earlier than they actually are. This will give you time to have a shower, do your hair and add little touches like placing some flowers from the garden onto the table. You also might get some time to have a cheeky drink with your partner (and maybe a snog) to get the night started.