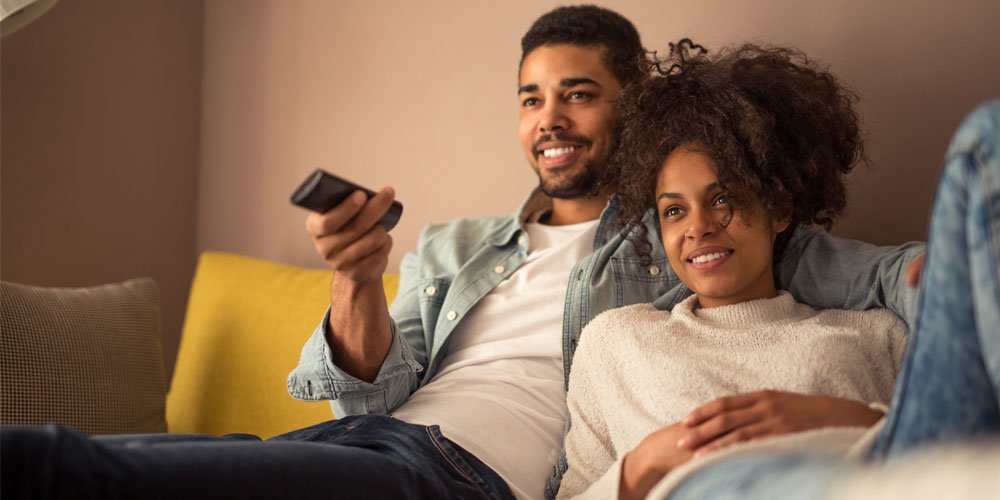 If you’ve watched every movie on our lists so far you might be getting a little bit sick of films. So this week we have complied a list of the worlds best TV shows! With all the extra time we have at home right now it’s the perfect opportunity to binge a show. Just make sure you don’t have any plans later, once you start you might not stop!

Rachel Green, Ross Geller, Monica Geller, Joey Tribbiani, Chandler Bing and Phoebe Buffay are six 20 something year-olds, living off of one another in the heart of New York City. Over the course of ten years, this average group of buddies goes through massive mayhem, family trouble, past and future romances, fights, laughs, tears and surprises as they learn what it really means to be a friend. – Watch Friends on Stan.

This U.S. adaptation to the British mockumentary series by Ricky Gervais is a classic. It features the Dunder-Mifflin staff, which includes characters based on roles in the British show and quite possibly, people with whom you work in your office. The lovable cast will have you in hysterics’ episode after episode as their office antics are recorded. – Watch The Office on Stan.

The show about nothing! Follow the life of Jerry Seinfeld and his group of bizarre friends as they go about their days in New York City. Jerry is a very successful stand-up comedian, mainly because the people around him offer an endless supply of great material. His best friend is George Costanza, a bald, whiny loser who craves the kind of success Jerry has, but is never willing to do what it takes to get it. Jerry’s neighbour Cosmo Kramer often barges into his apartment and imposes onto his life. In the second episode, Jerry’s former girlfriend Elaine Benes comes back into his life, and the four of them are able to form a friendship together. The episodes were rarely very plot-heavy, focusing more on mundane conversations and situations that could be found during everyday life in New York. – Watch Seinfeld on Stan.

HOW I MET YOUR MOTHER, M

How I Met Your Mother revolves around Ted Mosby who in the year of 2030 tells the story to his son and daughter how he met their mother (hence the title). While living in New York City and working as an architect, Ted spends his spare time hanging out in the bar below his building with his best friends. There’s the long-lasting couple Marshall and Lily, the eccentric womanizer-playboy Barney, and new anchor Robin. The series explores many storylines including a love triangle between Robin, Ted, and Barney; Marshall and Lily’s relationship; as well as the careers of the characters and much more! – Watch How I Met Your Mother on Stan.

When chemistry teacher Walter White is diagnosed with Stage III cancer and given only two years to live, he decides he has nothing to lose. He lives with his teenage son, who has cerebral palsy, and his wife, in New Mexico. Determined to ensure that his family will have a secure future, Walt embarks on a career of drugs and crime. He proves to be remarkably proficient in this new world as he begins manufacturing and selling methamphetamine with one of his former students. The series tracks the impacts of a fatal diagnosis on a regular, hard working man, and explores how a fatal diagnosis affects his morality and transforms him into a major player of the drug trade. – Watch Breaking Bad on Stan.

Leonard Hofstadter and Sheldon Cooper are both brilliant physicists working at Cal Tech in Pasadena, California. They are colleagues, best friends, and roommates, although in all capacities their relationship is always tested primarily by Sheldon’s regimented, deeply eccentric, and non-conventional ways. They are also friends with their Cal Tech colleagues mechanical engineer Howard Wolowitz and astrophysicist Rajesh Koothrappali. The foursome spends their time working on their individual work projects, playing video games, watching science-fiction movies, or reading comic books. As they are self-professed nerds, all have little or no luck with women. When Penny, a pretty woman and an aspiring actress from Omaha, moves into the apartment across the hall from Leonard and Sheldon’s, Leonard has another aspiration in life, namely to get Penny to be his girlfriend. – Watch Big Bang Theory on Netflix.

WILL AND GRACE, PG

Gay lawyer Will Truman and straight interior designer Grace Adler are best friends living in New York City. Grace is engaged to a real jerk until the relationship falls apart and she moves in with Will. It’s supposed to be temporary, until Grace finds her own place, but more and more it looks like a permanent arrangement. Grace’s secretary and assistant is fun-loving wealthy socialite Karen Walker; Jack McFarland is Will’s flamboyant gay friend. – Watch Will and Grace on Stan.

Continue Reading
You may also like...
Related Topics: TV

Win a Taylor Swift signed microphone!
The Sunshine Coast is open for business