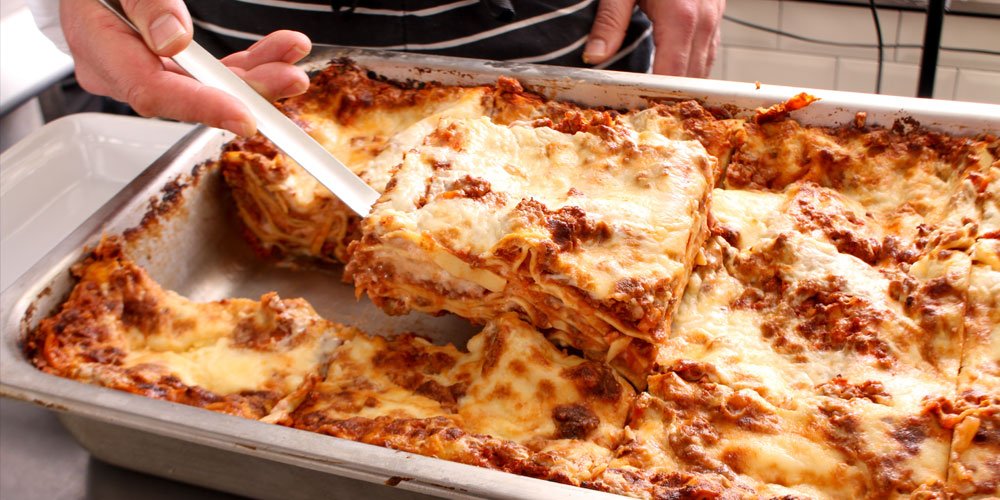 “My seven-year-old son Samuel and I did this after school and though dinner was a little later than usual, it was fantastic! We were learning at the same time as experimenting. Having essentially all the basic food groups and being tasty as well was a bonus.”

With a splash of oil in a frying pan, saute all chopped herbs, then add the mince and brown. Transfer to a larger pot and add the tomatoes, vegies and sauce. Bring to a boil then turn down to simmer for 30 minutes with the lid off to thicken. Season to taste.

Put one cup of the cooked mixture into the bottom of a large lasagne pan (we have a couple of cheap glass ones from Big W), then a layer of lasagne sheets (we cut ours to fit), then more meat, topped with mozzarella, then dobs of ricotta, then a sprinkle of parmesan. Add another layer of the same, then the same again. We made one large pan and one small one (using a small casserole dish). Cover with greased foil so it does not stick and bake at 200°C for 50 to 60 minutes.

Let it stand five minutes to cool a bit and cut into big squares and serve. This is a good winter warmer and any leftover sauce can be used for spaghetti bolognese, tacos or pizza topping.

Continue Reading
You may also like...
Related Topics: recipe