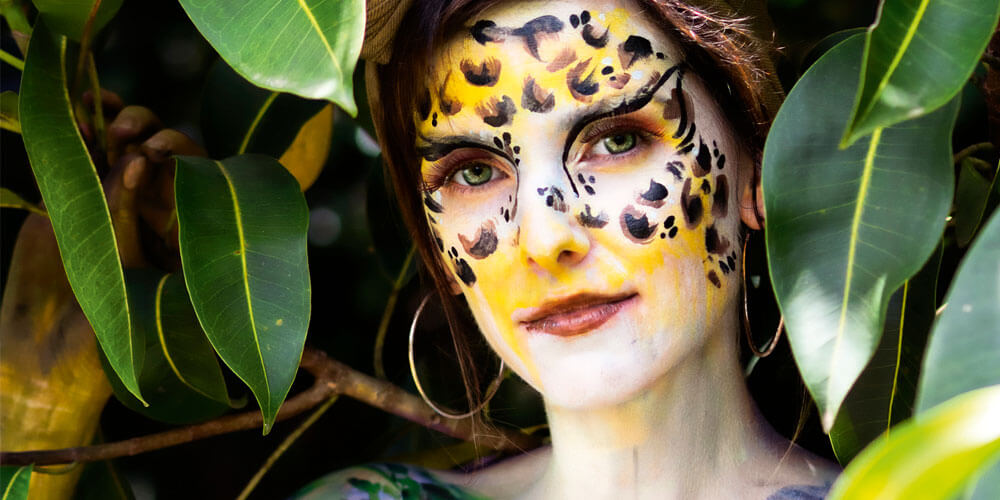 It’s colourful, it’s creative, it’s family-friendly and it brings thousands of people to the Sunshine Coast, but the Australian Body Art Festival, which will be held on April 7 and 8 this year, was almost not to be.

In her 20 years of marketing and event management, Danielle Taylor has been involved in many an exciting project, but the Australian Body Art Festival holds a special place in her heart, as she has played a major role in resurrecting the festival after it was struggling with financial losses in 2015.

The grassroots festival began in Eumundi in 2007 and took off when Mrs Taylor was brought on board in 2009 to run it. Over five years, she built it up into an internationally renowned event attracting more than 10,000 visitors.

The festival then floundered when the management changed hands and it was on the brink of collapse when Eumundi Markets offered it back to Mrs Taylor to run. As the president of the Cooroy Chamber of Commerce, she rallied her local community to get behind it.

“I talked to the Cooroy community groups, the Chamber of Commerce and said ‘do we want it in Cooroy?’,” she says.

“Everyone was really supportive. We took it back to how we used to run it, which was a community-style event. Everyone had buy-in.

“Last year was the first time we ran it and it took off straight away. There were a lot of challenges.

“We were starting from scratch, we had to find sponsors, we didn’t have the marketing collateral, but it has bounced back really quickly.

“Already we have increased competitor numbers, we have more artists flying in and more sponsors.

“We had about 7000 people last year and we already know it’s going to be heaps bigger this year, just from the interest and the following we’ve had. We’re expecting it to get back to the levels it used to be.”

More than 100 volunteers run the festival, which is free and is held over two days in the hinterland town.

Artists from all over Australia pay to enter the competition, which offers cash prizes for best air brushing, best brush and sponge  body art and best special effects and wearable art. But it’s  the accolades more than the money artists are in it for.

“It’s quite prestigious to be a winner or a runner-up or people’s choice winner,” says Danielle.

“It really is a national competition and these are top-class artists competing against each other.

“It’s picked up in all sorts of media, particularly online media, and shared around the world. It really is something that isn’t done anywhere else in Australia to this scale and  it puts Cooroy, Noosa and the Sunshine Coast in the international spotlight for quite a period of time, with the coverage it gets across Australia and overseas.”

You’d think it would be hard finding people willing to strip off in front of complete strangers – models wear briefs and nipple covers but that’s all – however, Mrs Taylor says it’s never a problem.

“There’s always a massive line-up of people ready to be painted,” she says. “We’ve got so many awesome models.

“I’ve never been a model because I don’t have the confidence for it. We do have people of all shapes and sizes – they’re unclothed, not naked.

“Once they’re painted, they look way more covered than if they were clothed. The feedback  from the models is it’s a really amazing experience.

“They  find it quite calming and relaxing and it’s something that’s quite an amazing transformation – you actually become a piece of art.”

It’s certainly not for the faint-hearted though. Models are required to keep still for more than five hours while they’re being painted, and most of that time they have to stand.

Mrs Taylor says she puts countless hours into running  the event – which costs $40,000 to stage – and it’s really a labour of love.

“I’ve got quite an affection for it,” she says. “It’s a huge amount of work and I used to do it on my own, but I have  a team of four now.

“From an event management perspective, all the normal things get ticked off – organising entertainment, insurance, equipment – all the mundane stuff. But it’s just such a unique event and you don’t see it anywhere else.

“It’s a type of art that is really interactive. They’re living, breathing canvases and the finished products are mind-blowing.

“It’s an art form that’s attractive to everybody. You don’t have to be an art connoisseur to appreciate how amazing it is. Bottom line, it’s just really fun and different.”