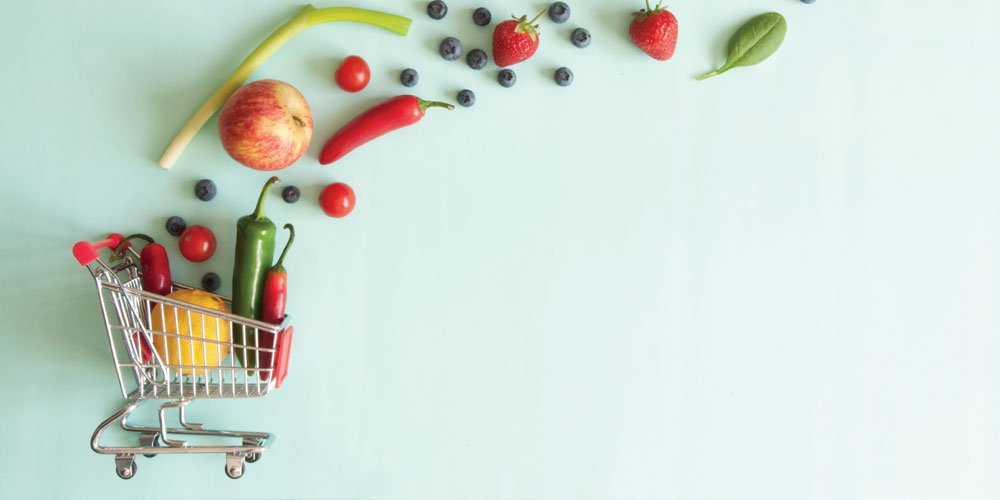 We have the best intentions when we set our grocery budget, but most of us don’t stick to it and often leave the supermarket hundreds of dollars over budget. If you’re single or in a couple, it’s fairly simple to minimise your grocery bill, but when it comes to feeding a family of four or more, plus pets, the dollars can really add up.

According to a national survey of more than 1500 Australians by Suncorp, only 40 per cent of Australians stick to their allocated food budget and a third don’t budget for food at all. The Suncorp Cost of Food Report (December 2019) found Australians spends $272 on food annually, with the average person spending close to $300 a week on food, including $140 a month on barista-made coffee and tea.

We spoke with some savvy Sunshine Coast families who manage to feed their families well while sticking to a tight budget. Mum of one Isabel Bolton says she saves hundreds of dollars a week by checking out all the online specials before she goes shopping, writing her grocery list and adding it up with a calculator before she goes to the supermarket. She also writes online reviews for baby products, which awards her with $50 vouchers she can use to pay for groceries.

But what happens when you have more than one hungry little mouth to feed? Check out what these Sunny Coasters have to say. 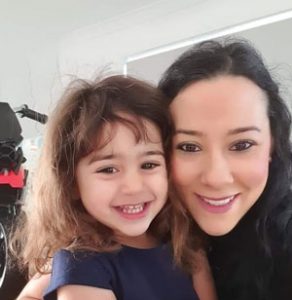 Donna Niazov of Pelican Waters is married with two children, Ariella, six and Talia, three and a dog. She owns a carpet cleaning and pest control business with her husband Miki. She spends around $200 a week on groceries for a family of four and shops predominantly at one of the major supermarkets.

Mrs Niazov has recently started shopping twice a week, on Saturdays and Wednesdays, and spends $70 to $100 each visit. She prefers to shop in store rather than online.

“I used to be that person who went to the supermarket every single day to pick out what I was going to have that night and I was spending $50 or $60 a day,” says Mrs Niazov. “I changed that two years ago and now I have a budget of $250 a week, but I never really spend that.

“Each week I do a meal plan and only buy the food we need. We eat a lot of fish and I buy fresh salmon on a Saturday. I’m not big on freezing and we eat everything fresh, apart from frozen peas and chips. Years ago, I’d have my freezer jam-packed and I feel disgraced to say half of it would end up in the bin. We just prefer fresh food and we eat loads of vegetables.

“I buy fresh salmon, smoked cod, lots of vegetables, fruit and meat that’s on special. If you buy smoked cod, three pieces of that is like $4. I’ll make that with roast potatoes and broccoli. The whole meal costs about $6 for the four of us.”

Mrs Niazov has tried click and collect, but says the delivery times aren’t convenient.“I actually really like shopping, it gives me half an hour to 40 minutes out of my working day. I found with click and collect, whoever was doing the packing chose fruit that was off and it cost me more because I had to go and buy more fruit.”

Mrs Niazov is strict about only buying what’s on her list and her motto is, ‘don’t go to the supermarket unless you have to’.

“If you go into a supermarket, even if you just need milk, you come out having spent a fortune. I forced my husband to buy a Costco membership a couple of years ago and he hated me for it. I walked around, I was like, ‘look how much toilet roll you can get for this price’. Then you go to a supermarket and they always have them on special.

“I would say we eat really well. We’re a Jewish family, so food is the absolute heart of our culture. In some cultures, it’s alcohol but I personally don’t drink. If anyone comes over to our house, it’s not a drink you offer them, it’s a table of food. My husband is Israeli and his parents are Russian, so I’ve witnessed a lot of different types of cooking. You can learn to cook with spices and make the tastiest meal just by using good herbs, vegetables and spices.

“My husband doesn’t eat red meat or chicken and I try not to eat it as much anymore. For breakfast, my husband eats boiled eggs with toast and my kids have cut up fruit, yoghurt and Weetbix or toast. I make lunch for everyone every night. My six-year-old has the same thing every day – she either has two Vegemite sandwiches or wraps and a banana, an apple and some sort of sweet, like a little muffin or a little pack of chocolate chip cookies. I also put a yoghurt in, plus some crisps or crackers. My other daughter is more adventurous, she might have a felafel wrap, a cheese sandwich, pasta or tuna cutlets, which is essentially tuna mixed with a bit of onion and breadcrumbs and baked or deep fried.”

The Niazov family only eat out for special occasions like birthdays and mostly visit friends’ houses on weekends with four or five other families and everyone brings a dish.

Top tip: “Plan your week’s meal in advance. I involve my kids and ask them to pick a meal for the week. Don’t go to the supermarket without knowing what you’re going to have for the week.” 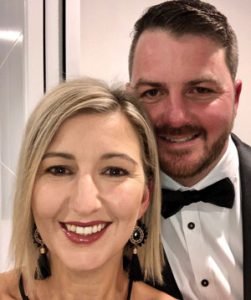 Renee Fiedler from Pelican Waters runs a plumbing business with her husband. They have four children aged from six to 13 and two dogs. She shops at a variety of different supermarkets and her weekly grocery budget is $400 for a family of six.

“I keep an ongoing list of what I need on my fridge and I meal plan,” says Mrs Fiedler. “When things are on sale, if its something we use regularly, I’ll buy quite a few. I try and buy organic and free range when I can, but I’m on a budget.

“I make my own kombucha, coconut yoghurt and sauerkraut, which are three things I like to buy but are very expensive. We buy pantry staples in bulk and I cook in bulk. I do school lunches the day I shop. I pack all the snacks away in portions so they last all week and keep them in the fridge in the garage so the kids don’t eat them all.”

Mrs Fiedler says she used to go to the supermarket every time she ran out of something, but now she makes do with what she has until the next shop. Her golden rule is never to take the children shopping. She doesn’t do click and collect and she doesn’t drink alcohol, although her husband does. Like Mrs Niazov, she says meal planning is the key to saving money on groceries.

“I’m led by what the kids feel like,” she says. “Spaghetti bolognaise, chicken burgers, lasagne, butter chicken. For breakfast they have Weetbix, fruit, avocado on sourdough, smoothies or baked beans. They rarely get tuckshop as one round of tuckshop for us would cost $50.

Top tip: Meal planning. “On the weeks that we don’t do that, we seem to have a lot of wastage and we can easily add an extra $50 to $100 by buying aimlessly.” 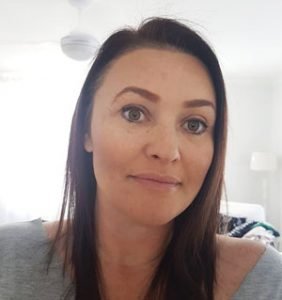 Bree Stevens from Glass House Mountains is married with three children aged 12, six and five. Her weekly grocery budget is $150 and she shops at her local supermarket.

“It has taken me a lot of practice to get it down to $150 a week,” says Mrs Stevens. “One thing I’ve stopped doing is stockpiling groceries. I was finding we ended up with too many options. I keep things simple. The kids get one choice of cereal and we have just Vegemite or peanut butter to choose from.”

Rather than shopping to suit her meal plans, Mrs Stevens does it the other way around. She shops the specials and then plans a month worth of meals based on what she has bought, dividing everything into portions and freezing it as soon as she returns from the supermarket.

“For my family, I know a kilo of meat will do me three meals, so once I get home I’ll portion the meat into three meals. I know whatever I pull out of the freezer for the next day is a portion for one family meal. I make sure I buy things that can be used across multiple meals. For dinners, I choose rice dishes and bulk them out with veggies and I do a lot of mince style dishes. Every fortnight I slow cook a two-kilogram portion of meat, usually a pulled pork or top side of beef. Then I can use that with salad and rice, with veggies or add it to wraps or tacos. That amount of meat will normally do us for six dinners.”

Her children’s lunchboxes usually consist of two pieces of fruit, rice crackers and a ham and cheese sandwich she has pre-made and frozen, plus whatever snacks have been on sale. If she buys expensive fruit like blueberries, she mixes it with other fruit rather than allowing the kids to eat a whole punnet.

“I tend to do a big shop at the start of the month and then about 10 days later, I’ll do tiny top-ups. I never shop online – I like to go in person to get the markdowns. Sometimes I can get my groceries as low as $100.

“No one in our household drinks alcohol so that saves us a lot of money. I don’t buy juice or soda for the kids, they only drink water. Once a month they might get a bottle of soda. The kids’ snacks are quite basic. I buy the Odd Bunch fruit from Woolworths and I buy a lot of frozen fruit for the kids to have in smoothies after school. Their snacks include yoghurt with granola, veggie sticks and rice crackers and I portion it all out. My son would eat a kilo of yoghurt if you let him sit down with a tub, so I just say he can have two scoops, which is about half a cup, added to granola.”

Mrs Stevens packs lunches for the whole family and doesn’t buy tuckshop food for the kids. They only eat out once a month and usually go to the local fish and chips shop. She saves on toiletries and cleaning products by buying home brands and buys multi-use items like vinegar and bicarbonate of soda.

Top tip: “My big thing is I’m really conscious of dividing everything into portions to eliminate waste and make sure everything gets eaten. I don’t give the kids a million options, or they’ll stand at the cupboard and say there’s nothing to eat. Just limit it to two choices.”

Continue Reading
You may also like...
Related Topics: Featured, Shopping

Do you need a digital detox?
Royal glam