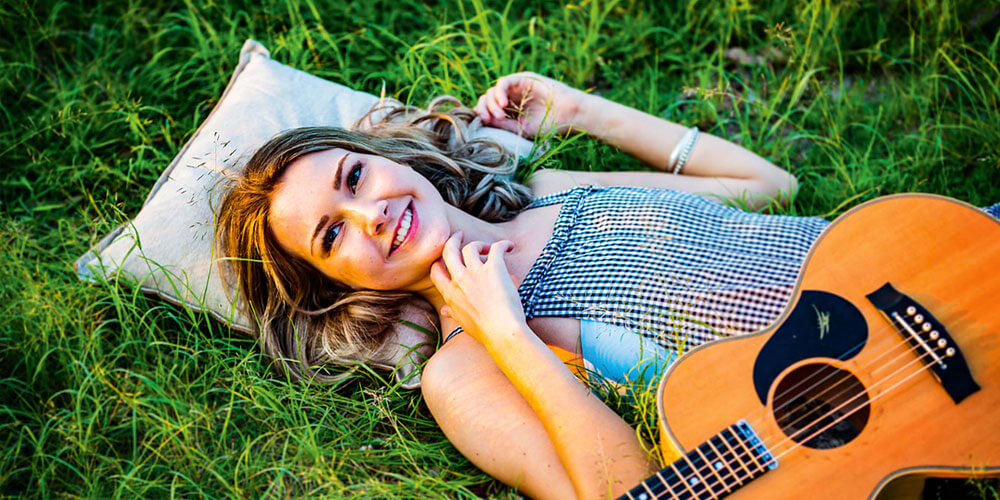 A nine-year-old Ali Shield found power in writing songs, stories and poems after her beloved Nanna passed away. She would read them to her parents in their Marcoola lounge room and when she was 16, she picked up a guitar and began to perform them in the country music style her Nanna adored.

As one of seven children, she had a ready audience and now the 22-year-old is expanding her musical horizons with her debut EP, The Lounge Room Sessions.

Contracting to Virgin, Qantas and Jetstar airlines as a customer service agent for Aerocare and helping out at a veterinary surgery in Coolum, Ms Shield spends every spare moment working on her music.

Her EP, which was released late last year, sold out of the first batch of CDs within two weeks and has been rating well on iTunes, Spotify, Google Play and Apple Music.

Ms Shield says working with Benjy Pocock at Vibetone Recording Studios in Pomona saw her songs transformed into an EP that has made her musical journey more than just a dream. A music video has already been released for the first track, City of Dreams.

To find out more about this talented local singer/songwriter, visit alijadeshield.com.