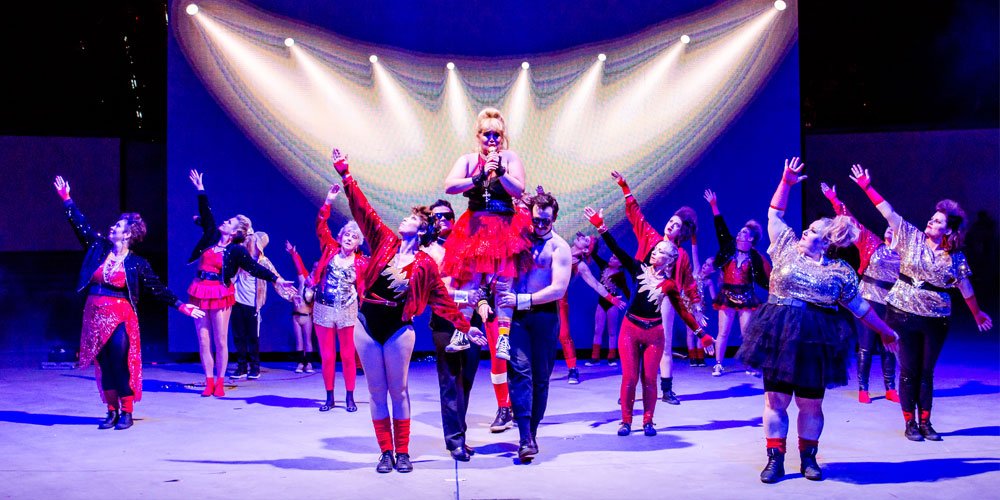 When theatre maker Neridah Waters was unsuccessful in auditioning for her school rock eisteddfod 26 years ago, she knew she wanted to create a space were everyday people had the chance to perform on stage.

Now a ‘nostalgic’ rock eisteddfod inspired by the ’80s and ’90s is set to make up part of this year’s Horizon Festival.

A local team has been training since April in preparation for the Common People Dance Eisteddfod.

“It is a true story of 26 years ago,” Ms Waters says. “I didn’t get into my school rock eisteddfod, so I really wanted to attract people who haven’t danced for a long time or maybe people who have never danced who want to get up in a group and have that theatrical experience.”

Ms Waters says the event has been created for all ages and abilities as a less serious take on the usually competitive dance world.

“It will attract a nostalgic feel. The rule of the competition is you can bribe the judges and you sabotage the other team. It’s a bit of a fend off of all those highly competitive dance competitions and they all battle for a trophy that is made of old recycled trophies.”

As an accomplished international theatre maker, Ms Waters found herself craving the world of theatre after becoming a mother five years ago. She now runs the Common People Dance Project at four locations across Brisbane.

“I had been touring internationally at festivals, and nationally,” Ms Waters says. “After I had my son, I was a lot more planted in Brisbane and missed that touring and thought, how can I do what I do and still be here in Brisbane and look after my boy? I was really frustrated of that competitive nature and elite dance world.

“I could feel this energy that community people wanted a chance to perform. I thought, maybe I can bring all my theatrical skills and all my director skills to the general public and give them a taste and chance to get up on stage in sparkly costumes and get that amazing feeling.

Registrations for term two, which begins on July 14, are open at horizonfestival.com.au.

Now in its sixth year, the iconic festival will run from August 27 to September 5 and Sunshine Coast Council Mayor Mark Jamieson says the festival is an exciting celebration of the arts.

“Horizon is a great example of Sunshine Coast Council and our community working together to create a festival that pushes boundaries, surprises and delights all in attendance.

“Our region’s arts and cultural sector is thriving and, in its sixth year, Horizon Festival is well on its way to becoming a cultural highlight on the national arts calendar.”

Visit horizonfestival.com.au for the full program.

Continue Reading
You may also like...
Related Topics: Horizon Festival