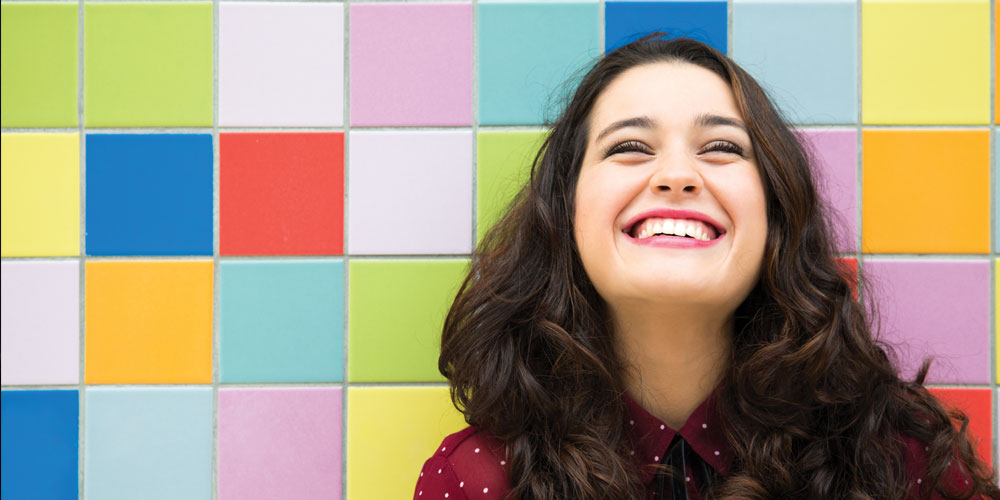 When I was a child, my mum always told me to look on the bright side of life. She said there was no use dwelling on the past. Instead, she said, “life can be hard, but we’ve got to keep going. We’ve got to look at all the good things we have.”

This from a woman who, to this day, has endured more loss than anyone I know.

I am a mother now and through the trials and tribulations of life, I try to instil a sense of positive wellbeing and optimism in my son.

During the tough times, I hear my mother’s voice; I am inspired by her strength and her ability to not turn away from her difficulties, but to acknowledge and choose life over loss.

Oscar-winning filmmaker Guillermo del Toro penned a piece on optimism for a Time magazine column, summing it up nicely.

“Optimism is our instinct to inhale while suffocating. Our need to declare what ‘needs to be’ in the face of what is. Optimism is not uncool; it is rebellious and daring and vital.

“Optimism is radical. It is the hard choice, the brave choice. And it is, it seems to me, most needed now, in the face of despair.

Studies indicate that optimism is partly inheritable. According to the Optimism, pessimism and mental health: A twin/adoption analysis study conducted by Kings College London, the personality trait is 25 per cent inheritable, which still leaves room for us to consciously adopt optimism.

The blind author, who was once named International Humanitarian of the Year, is the man behind the bestselling The Art of Optimism: Your Competitive Edge.

Mr Stovall says it may be the most powerful book he has written among 40 titles, including The New York Times bestseller The Ultimate Gift.

“Optimism can impact everyone everywhere immediately. There are no barriers to optimism. Whether you are an elementary school student struggling with reading or a world leader, entrepreneur, or innovator, optimism can make us all better,’’ he tells My Weekly Preview.

Mr Stovall’s own journey and decision to pursue optimism versus pessimism began during his childhood.

“My grandmother taught me the power of gratitude through a practice she called The Golden List, which simply involves making a daily list of things for which you are thankful,’’ he says.

“I’ve continued to pursue this for over 50 years, and I have found that the act of being thankful for where you are makes you optimistic about where you can be in the future.

“I believe that the western world is very divided on the topic of optimism. There are a few high-level achievers in every field of endeavour who are succeeding at a rate and to an extent we have never known.

“However, the majority of people feed their mind with negative news stories and pessimistic social media messages to an extent that they are pessimistically colouring their world view and limiting their potential.”

However, Mr Stovall says that the benefits, not only on a personal level, but also societal, are huge.

“Beyond being healthier, wealthier, and happier, optimism allows us to have more positive interaction with family, friends, and the world in general.

“Being an optimist is one of the greatest gifts you can give to yourself and our society,’’ he adds.

And, for those who feel that optimism is out of reach, I leave you with the words of Mr del Toro:

“History and fable have both proven that nothing is ever entirely lost. David can take Goliath. A beach in Normandy can turn the tide of war.

“Bravery can topple the powerful. These facts are often seen as exceptional, but they are not. Every day, we all become the balance of our choices – choices between love and fear, belief or despair. No hope is ever too small.”

Jim Stovall’s five tips to get you on your way to a happier self. 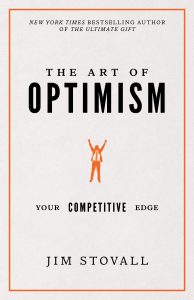 The Art of Optimism: Your Competitive Edge is available online and in selected bookstores.

Optimists live longer.
A study conducted by the University of Illinois revealed optimistic people were 76% more likely to have ideal health scores. Being an optimistic person makes you less likely to die of coronary heart disease.

Medibank data found on average 71% of Australian are feeling optimistic about their future.

Optimism reduces the chance of anxiety and depression.

Millennials are known as the most optimistic generation. A study at Bentley University shows that despite increasing levels of student loans, debt, poverty and unemployment millennials are still more confident about their future financial positions.

Optimists take fewer sick days. Optimists thinkers have been found to get less sick, recover faster from major surgery and experience a smaller number of injuries.

Continue Reading
You may also like...
Related Topics: Featured, optimism

The making of a landmark
Green living