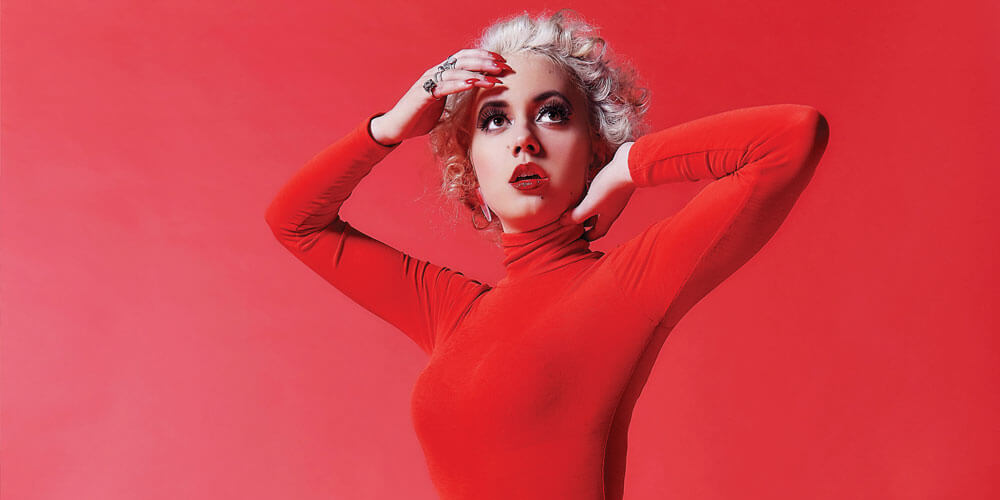 Sahara Beck was just 13 years old when she dazzled Australian musician Harii Bandhu by joining him to sing on her dad’s birthday.

Just a year later, she was working on her debut album, Volume, which was released in 2011 when she was just 15 years old.

Fast forward eight years and the talented singer-songwriter, who grew up in Peregian Beach, has two Queensland Music Award (QMA) wins under her belt with the potential to double that number when the 2019 awards night is held on March 19 at Brisbane’s Royal International Convention Centre.

Ms Beck was recently announced as a finalist in both the regional and singer-songwriter categories for her latest single Here We Go Again.

A panel of more than 70 judges from across the country selected a diverse group of finalists featuring emerging and established songwriters. Other Coast artists in the running for QMA awards across a range of categories include Bobby Alu, Emma Beau, Elixir, Katie Noonan, Ayla and Anna & Jordan.

Ms Beck says she is “in amazing company”.

“It felt really great to get the recognition for a song that I care so much about and put so much of myself into,” she tells My Weekly Preview. “I’m absolutely thrilled to have been nominated, especially alongside such incredible female songwriters and musicians.”

Although she is now based in Brisbane, Ms Beck says the supportive musical community she grew up with on the Coast was instrumental in the development of her performance and songwriting “from the very early days”.

“I’ve always loved watching people perform and music has always been a part of my life. There have been many significant musical moments and experiences for me over the years, even just as an audience member where it really just all made total sense to me, the desire to express and engage,” she says.

“To be honest it’s something that I realised I always wanted to try and have just become so lost in it I never want to stop. I love it.”

Ms Beck says she will never forget putting together an eight-piece band to perform her Panacea album at Bluesfest in 2016. “Getting to take my friends with me to perform my songs that I had put so much of myself into, for an audience that was so open, loving and ready to get into what we had for them… at one of my favourite festivals, that was a favourite for sure,” she says.

“I’ve been working very hard writing and recording over the last 12 months. I spent three weeks in December recording in LA with Tony Buchen, so there are definite plans for some more new music to be released very soon. It’s a nervous and exciting feeling to share what I’ve been making since my last record. But I’m very proud of what I’ve created.”

A limited number of tickets are available for music enthusiasts to attend the QMAs. Visit qldmusicawards.oztix.com.au.