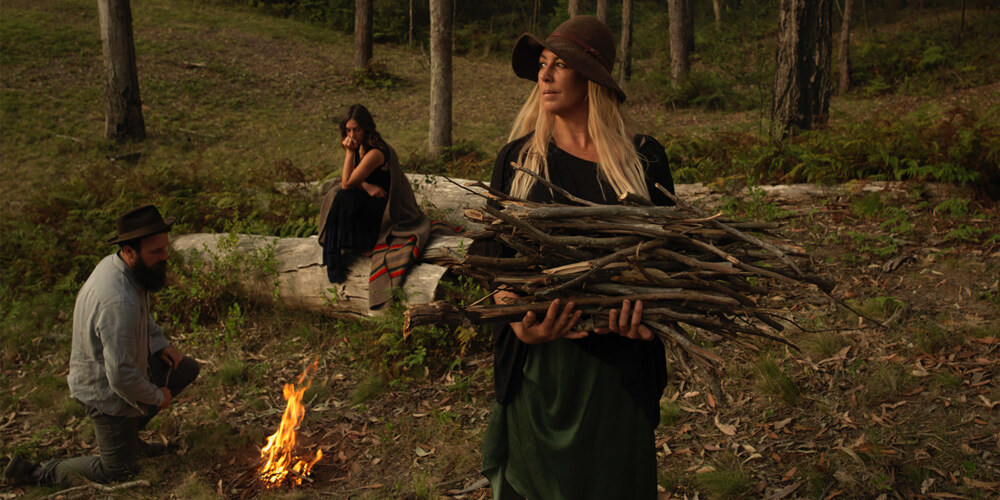 Everything about The Waifs has been organic, from the creation of the band itself all the way through to the recording of their 25th anniversary album.

The trio, Josh Cunningham and sisters Vikki Thorn and Donna Simpson, formed in a small pub in Broome, Western Australia.

While Mr Cunningham was with his band, Ms Thorn and Ms Simpson were singing their way through an unplanned journey around the country.

But once they met and jammed for the first time, it didn’t take much for Mr Cunningham to wind things up with the band and swap the Greyhound Bus for the girls’ HiAce van.

Their third studio album Up All Night catapulted the folk rock band into the spotlight and now they are touring their eighth, Ironbark, which was released earlier this year.

Mr Cunningham tells My Weekly Preview the band toured extensively earlier this year with shows in major cities and had planned to wrap things up with that.

But they wanted to continue into the second half of the year and a regional tour was pulled together.

Speaking from the verandah of his country retreat on the New South Wales south coast, Mr Cunningham says he has been reflecting on the magic that unfolded inside his living room exactly one month ago, when his bandmates came over to create Ironbark.

“Recording in my house was a totally different thing. Normally we are in a studio and it’s all very professional,” he says.

“We didn’t communicate too much beforehand; we all just literally arrived and everyone played what they had to each other.

“Some were full songs, some half-finished, and we just sat around playing and recording the whole process.

“Some we recorded a few more times and others we captured the first time. It’s very raw, very organic and very live.

“I think we have captured the sound of what the band is.”

Mr Cunningham says it felt liberating and “more natural” to be removed from the “clinical” environment of a studio.

Now, he is excited to be connecting with fans in the regional areas they don’t often get to.

“Touring is harder these days. Everyone’s got families and kids, so we travel in condensed periods and for not as long.

“Gone are the days where we jumped in the van and took off for a year,” he says.

“We used to literally live in the same campervan, and if we could afford a hotel room, we’d all be crammed in the same room.

“That’s why we are so tight-knit and close.”

Mr Cunningham says he felt successful long before the band’s success was being measured in terms of album sales and concert ticket sales.

“I felt successful to be doing something I felt was constructive and positive and having people resonate with it,” he says.

“If we are able to just continue doing what we do, personally I’d be very happy with that.

“I left school to study economics, took a year to travel and play music, met the girls and here we are 25 years later.

“I couldn’t have asked for a better existence.”

Continue Reading
You may also like...
Related Topics: Caloundra, The events centre, The Waifs

On trend: Jungle vibes
How will antibiotics be used in the future?