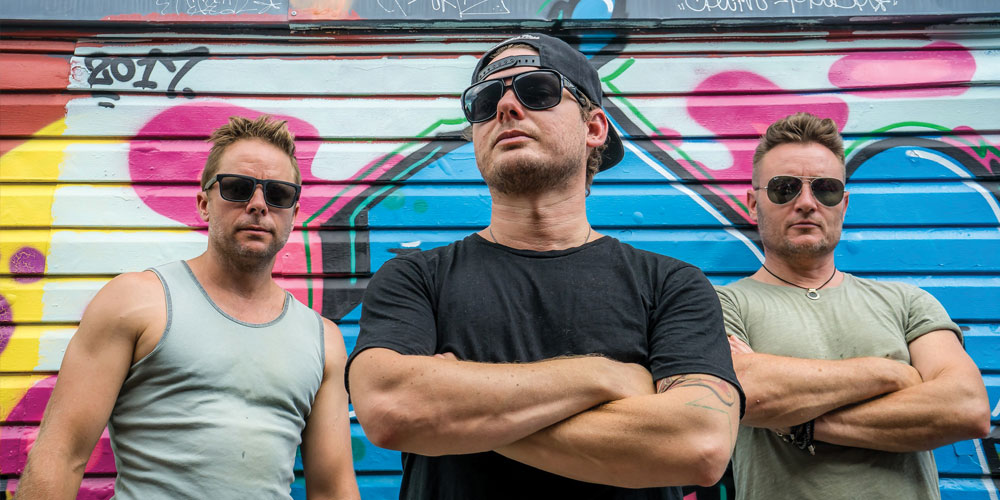 Head to Eumundi for Park Sounds this Sunday. It’s a fabulous afternoon of free live music and the line-up is incredible.

The Rumbrellas (pictured) are an explosion of funk, soul, reggae and hip-hop with Ryan Giles, Sparky and Jay Ray (members of festival favourite bands The Toothfaeries, Jambezi, The Houseprouds and The Barleyshakes). Fans of De La Soul, Arrested Development, Beastie Boys and The Fugees will feel right at home with the Rumbrellas, who capture the spirit of ’80s and early ’90s dance and hip-hop. Their debut EP Among The Sun has just been released, and production of their second EP is in full swing for release late 2019.

Also playing on the day are singer-songwriters Renny Field and Toby Robinson, who releases his third studio album in 2020.

Grab a rug and a picnic basket but leave the booze at home as it’s a family-friendly, alcohol-free event. Park Sounds is on at Dick Caplick Park from 2pm to 5pm on Sunday, September 15.