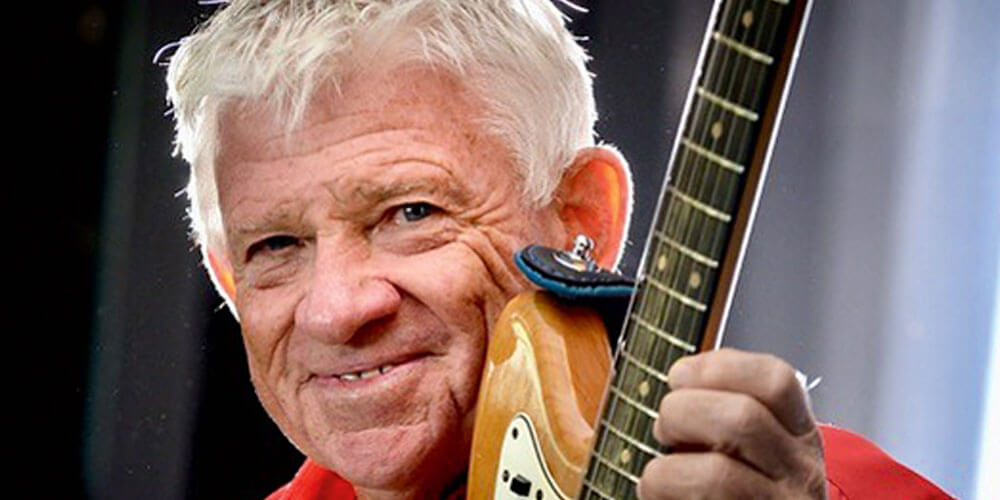 Music has always been in Barry Bull’s veins. The Buddina musician and former owner of the iconic Toombul Music in Brisbane is continuing to embrace his passion, but in a new way.

Mr Bull began compiling his hugely successful Music for Cruizin’ double CDs in 2008. He has sold more than 45,000 units of these collections, earning him an ARIA gold album award in 2014.

Mr Bull, who owned Toombul Music for 27 years from 1981 to 2008 and featured artists such as John Farnham and Jimmy Barnes in his renowned shopping centre appearances, says he moved to the Sunshine Coast to “try to retire”.

But he ended up seeing a gap in the market for music compilations featuring the best songs of the ’50s to the ’80s that baby boomers would enjoy listening to on their long caravanning road trips.

“I wanted the CDs to be like a good radio station, which can be hard to come by when you are on rural roads and can’t pick up a good radio signal,” he says.

“When we first released them, they went gangbusters and over the years Sony Music has encouraged me to release more and I have ended up with 14.

“It was great because I spent so many years in the music industry helping artists to get their own ARIA by selling their product, and now I have my own. It was a real thrill.”

Mr Bull says compiling a CD is much more complicated than just throwing 45 songs together. “You have to think of the flow of it, balance out the male and female voices and also the tempo,” he says.

“When doing a double CD set, you also have to ensure that the mood is similar on each album.

“Then there is a fall-out rate. I will not get permission to use all of the songs I’d like to use and superstars like Neil Diamond will never give permission for their songs to be used in compilations.

“But it is a fun process and it comes down to knowing the music and knowing what people want.”

Working from his Buddina home office, the 75-year-old says he gets tremendous satisfaction knowing people around the country approve of his compilations.

“I have been able to tap into my 30-year retail experience and resurrect my career, remain relevant in the industry and share the music with my customers. It’s what I’ve been doing all my life,” he says.

When he’s not working on his next release, Mr Bull is a volunteer radio operator for the Mooloolaba Surf Club, and runs the successful annual Gift of Sound fundraising concert.

To find out more about Barry Bull or to buy his compilations, visit barrybull.com.