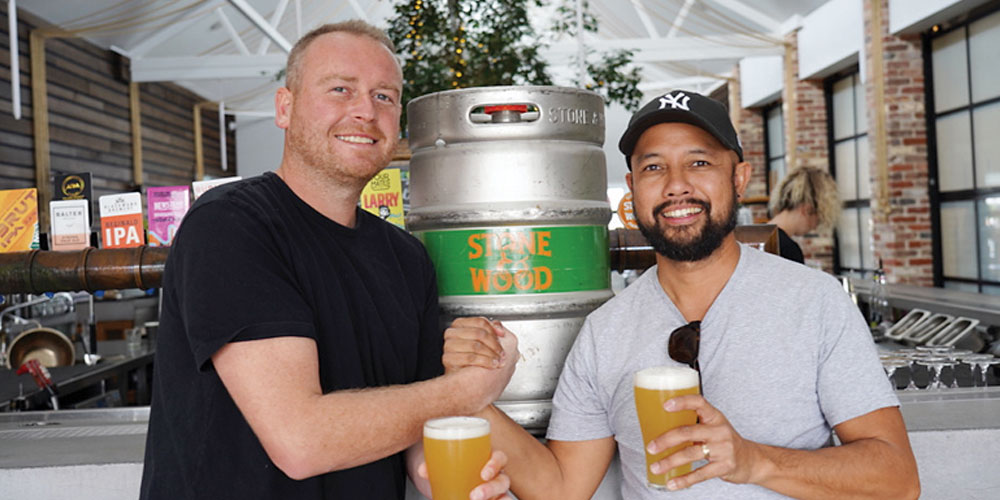 The Dock Mooloolaba and local musicians are launching Musos for Mates to raise funds for mates in need and local charities.

The Dock Mooloolaba’s Jared Hart says he and musician John Veloso had been thinking about doing some fundraising for local causes, so they decided to join forces.

“We love being part of the Sunshine Coast community, but there are people who need just a little bit of help, so we wanted to do something,” Mr Hart says.

“In just a couple of days, we had more than a full line-up of musicians and Jared had got support from a couple of breweries and it just grew from there,” he says.

“The first event will be raising money for our friend Cheryl, a wife and mum to four beautiful kids, who was diagnosed with cervical cancer for the second time last year.

“Cheryl has undergone radiation and chemo to stabilise the tumour growth, but is now unable to work.”

A Tanglewood guitar, courtesy of Mooloolaba Music, is up for grabs in the raffle for just $5 a ticket and there will be two kegs of beer for sale during the event, from Stone & Wood and Australian Beer Co, with all proceeds being donated to Cheryl.

Continue Reading
You may also like...
Related Topics: Charity, Music

Beef and beers
A walk in the park