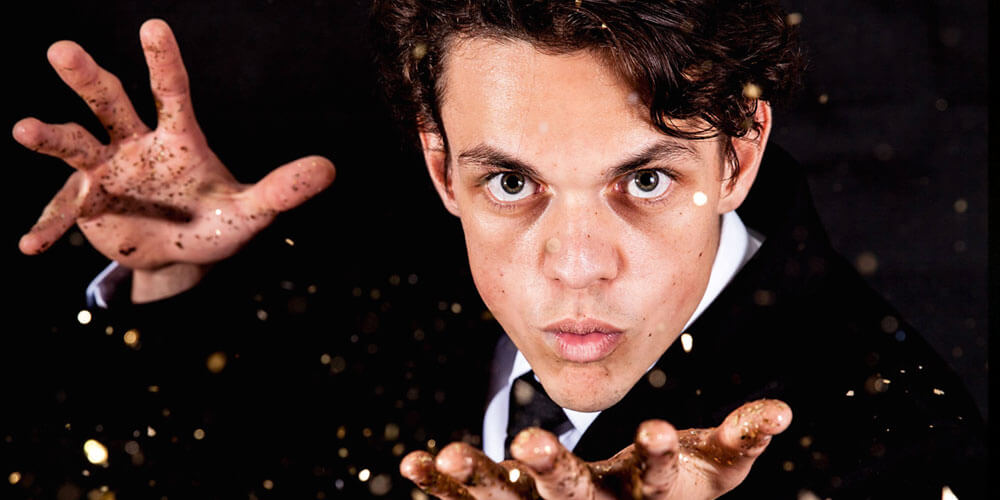 The star of a former Sunshine Coast resident is on the rise after he received global recognition for his roles in acclaimed short films.

Josh Kieser has picked up the best actor award at The Rainbow Umbrella Film Festival in London for his role as Kane in the short film Papercut and he was awarded best debut actor at the Oniros Film Awards in Italy for his role in Compulsion.

Mr Kieser has always gravitated towards the performing arts, signing up for talent shows and school plays while growing up. He has fond memories of dressing up to create his own characters and impersonate those he watched on TV.

Mr Kieser boarded immersed himself in school productions, improv competitions and choir and became the lead singer of a rock band in his senior year.

“I have always loved sports as well; I grew up with a lot of different sports. However, I decided that I wanted to pursue an acting career, so made the decision to study at the New York Film Academy (NYFA) on the Gold Coast for a year after graduating,” he tells My Weekly Preview.

“I’ve always been interested in storytelling, entertainment (of course). Therefore, became inspired to follow this path I’ve chosen because I want to be able to assist in telling stories; whether that be through my portrayal of a character in film, or if I’ve been lucky enough to write/direct work that takes anybody who watches it on a journey.

“People live, love and laugh in a cinema, or at a concert, or reading a book. Entertaining and knowing that an audience has connected to your performance is such a nice feeling.”

The collaboration of actors, pre-production, post-production and all of the technical aspects that bring together a film have always inspired Mr Kieser, who filmed a lot while at the NYFA and went on to land a supporting lead role in an indie feature called Thicker Than Water, which was shot on the Sunshine Coast with Mr Kieser’s musical hero Pete Murray.

When he moved to Brisbane in 2015, he worked in the cinemas and as a waiter/bartender at Gilhooleys before landing a lead role in a Bond University short called Anchor, which also aired on ABC’s iview for graduate films in 2017.

This was followed by the lead roles for Compulsion and then Papercut, various speaking roles in TV commercials, a small role on the Channel 7 mini-series Hoges, and another award for best actor at the Bond graduating films screening.

Compulsion and Papercut are travelling globally at the moment.

The former is a dark comedy about a guy who’s life isn’t working in his favour and he is hounded by his boss at the office.

“In his struggles, he finds his social solace in a talking toilet,” Mr Kieser says. “It was quite funny cuddling a toilet on-se; we had some laughs. There’s been a running joke about how someone doesn’t hug a toilet like this lad Felix, even on a big weekend.”

Papercut is an acclaimed short film about two closeted actors on their way to their first high-profile awards ceremony, in which they fight both expectation and each other, as intimacy and insecurity collide in the back seat of a car.

“After all of this, I decided that it was time to transition my career to LA and get amongst the scene there,” Mr Kieser  says.

“So, I am building foundations, keeping the craft crisp and working with my agent to tackle everything as best I can.

“For 2018, I just want to get involved in as much as I can. It makes me so happy and is quite humbling to know that I have this little bit of recognition for the work that I’ve done so far. People have been enjoying my stuff and that really is just so warming. I love acting, I love entertaining and want to continue to do so for the rest of my life. Now, moving forward, I need to find how best I keep this momentum.”

You can follow Josh Kieser on Facebook and You Tube, or on Insta with the handle @jjkieser.

Continue Reading
You may also like...
Related Topics: Entertainment, Event, My Time