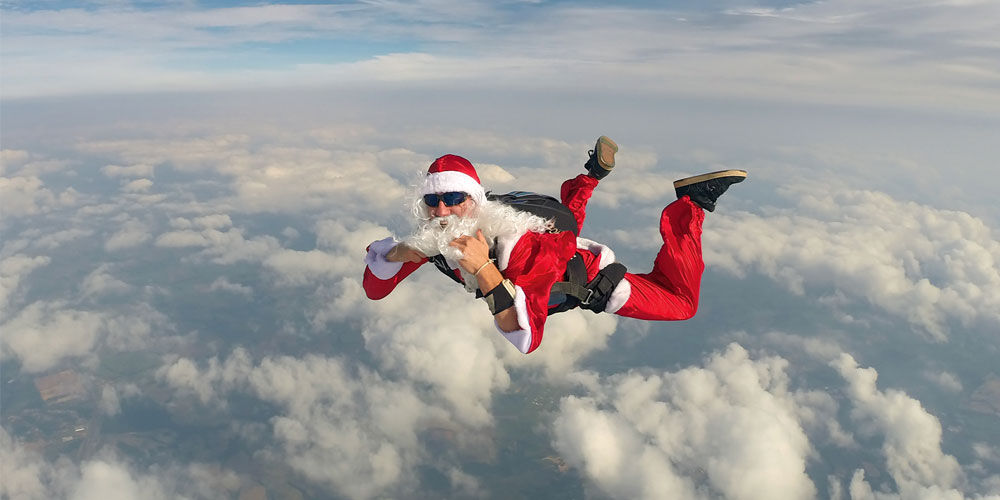 The big jolly red man is set to plummet from the skies above Peregian Beach in an entrance fit for a rockstar.

When you consider he has been making an appearance at the Peregian Beach Christmas Carols for more than half a century, it’s no wonder he is ready to take things to the next level.

The December 11 event holds the title of the longest-standing carols on the Sunshine Coast and the 2018 carols are proudly presented by East Coast Originals, a local not-for-profit organisation that organises the monthly music Peregian Originals series.

While skydiving Santa and his aerial elves will be a hit for when they arrive around 6pm, local artists Pete Allan Collective and Alisha Todd will perform carols, along with a couple of their own original tracks.

Special performances by the Suncoast Calisthenics, Sambazzy Carnivale Troop, Hula Hoopers and Circus Tribe with roving Christmas Angels will ensure an ongoing feast for the eyes and ears.

A plethora of food trucks to suit all tastes, a sausage sizzle by Surfrider Foundation, face painting, temporary tattoos, glow sticks and candles will also be available.

The evening will conclude by 9pm with a fireworks display over Peregian Beach.

Entry to the 54th Peregian Beach Christmas Carols is by gold coin donation, with all proceeds going to the East Coast Originals for the facilitation of the carols event and to provide support for ongoing Originals events in 2019.