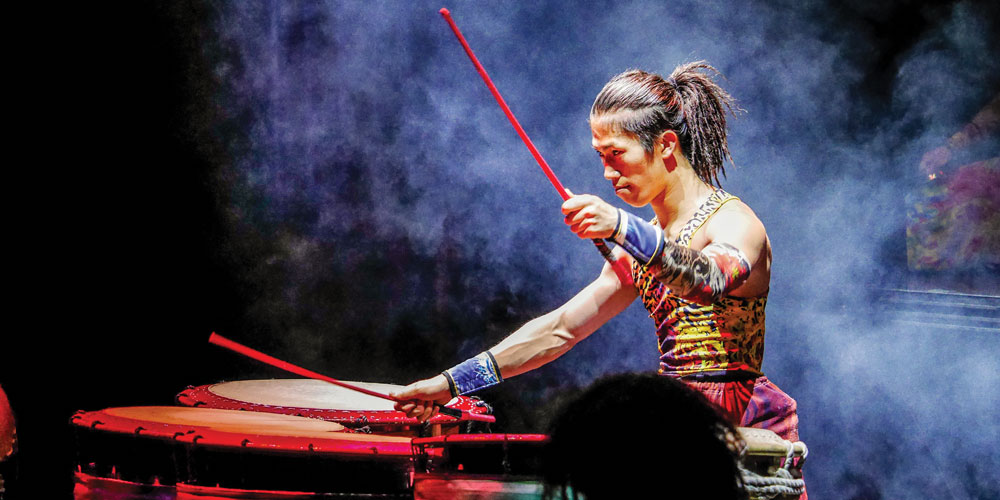 Since their hugely successful tour to Australia in 2017, the sensational Yamato Drummers of Japan have been incredibly busy – this year alone they played in London’s West End and visited Switzerland, Italy and Holland.

Sunshine Coast audiences have the chance to hear the heart-thumping rhythm, thunderous sounds and explosive beats when the drummers hit the stage at Venue 114 on August 18 at 3pm.

Yamato’s show is aptly named Passion and the drummers launch into an explosion of energetic, highly rhythmic drumming, challenging and pushing themselves to their absolute limits. Using drums that weigh up to half a tonne, the drummers’ remarkable physical strength and trademark infectious energy leaves audiences exhilarated by this visually spectacular show.

Captivated by the distinctive boom of the enormous taiko drum, performers move their whole bodies to strike the drum with a powerful surge that uplifts audiences with the rhythm and intensity, providing a dazzling perspective of the range of sound and mood drums are capable of.

Go to venue114.com.au for tickets.

Continue Reading
You may also like...
Related Topics: Art, performance

The making of a landmark
The art of optimism