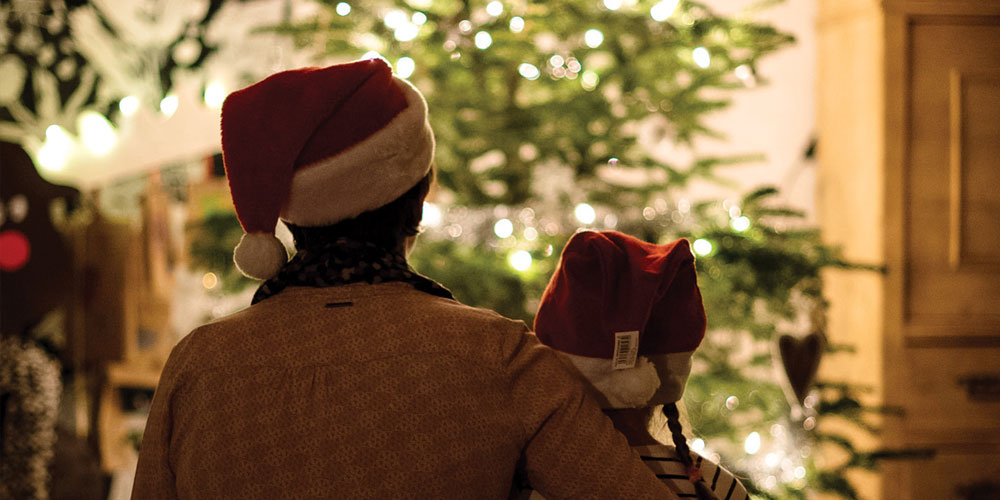 This year Annie* and her four children will spend their first Christmas in their own home, safe from harm. The first Christmas tree they’ve ever owned will be proudly on display. And there will be presents and food to share.

This is exactly what Christmas should be. But for Annie and her young family, the season never used to be joyous, nor was any other day, until they were taken in by SunnyKids just one year ago, and spent their first Christmas in a refuge.

Twelve months on, Annie is happy to share her transformational story. Despite recounting some truly devastating circumstances, she smiles as she talks because she now feels full of hope and surrounded by love.

“I remember we arrived at the SunnyKids refuge and I felt so safe for the first time in a very long time,” she says. “It was early December in 2018 and I didn’t know what to expect, but immediately my children were so excited because there was a Christmas tree and they were going to meet Santa.

“They’d never experienced anything like it before; we were always just locked in the house and never celebrated anything.”

Shortly after moving to the area and being forced into marriage, Annie had been separated from her mother and sisters, and trapped in a violent and controlling relationship where she and her children (now aged nine, six, five, and 22 months) experienced and witnessed incredible abuse and trauma. They had no community ties and were house bound except for school drop-off and pick-up.

One day when she was allowed out of the house to collect the older children from school, she broke down in tears at the sheer misery of her life and feeling of powerlessness to change it. At that moment, a kind-hearted stranger reached out and put things in motion that would change Annie and her children’s lives forever.

Making contact with a regional domestic violence service, Annie was then connected with SunnyKids, which was able to provide immediate safe refuge and then co-ordinated a range of services and resources in the SunnyKids village to help with healing and setting up a sustainable, positive future. This family was wrapped in love, care and positivity.

“SunnyKids is like my family now,” Annie says. “What they have done for me is something that I never expected would ever happen. I came from nothing and they have helped me with everything. All I have is because of SunnyKids – they have given me a home, safety for my children and hope for the future.”

SunnyKids set the family up for a fresh start and provided psychology services, group support programs, assistance with a successful housing application and partnering with some wonderful groups in our community to create a warm and friendly space to call home.

Blink Living furnished the home, a Crosby Foundation grant covered the purchase of whitegoods and appliances and the kids received back-to-school packs and shoes thanks to Zephyr Foundation. This family had never, ever had anything brand new that was theirs and when they received these generous donations, they were full of gratitude and shed many happy tears.

Annie feels so connected to the SunnyKids team that she continues to share positive news with them, including the purchase of her own car and earning her driver’s license and Australian citizenship. These milestones for her mean absolute freedom and confidence.

“I would like to thank SunnyKids for helping me achieve so much in the last year and now being able to see a positive future for myself and my children,” she says.

“I am confident and I have goals to study and continue to make a better life.

“I still struggle sometimes with what has happened in the past, but I know it will all be okay because I know I have people who are there for me no matter what.”

The children are continuing therapeutic support and are flourishing in their own confidence and independence at school, as they make friends and return to a home life that is carefree and safe.

Annie has also been able to reunite with her mother, sisters and nieces, and this year the family will all celebrate Christmas together and create many happy memories and traditions for years to come.

As SunnyKids launches it’s annual Santa $600 appeal to raise money to support families in our community doing it tough, Annie put up her hand to share her story to support the cause. She hopes those who need help just as she did feel confident to reach out, and others who are able to can donate funds to support the SunnyKids team to continue to deliver meaningful change.

* Not her real name

The SunnyKids Santa $600 campaign is proudly supported by Mix FM and My Weekly Preview. To give to the appeal, go to sunnykids.org.au or call 5479 0394.

Are you ready?
Peace’s project a game-changer for kids