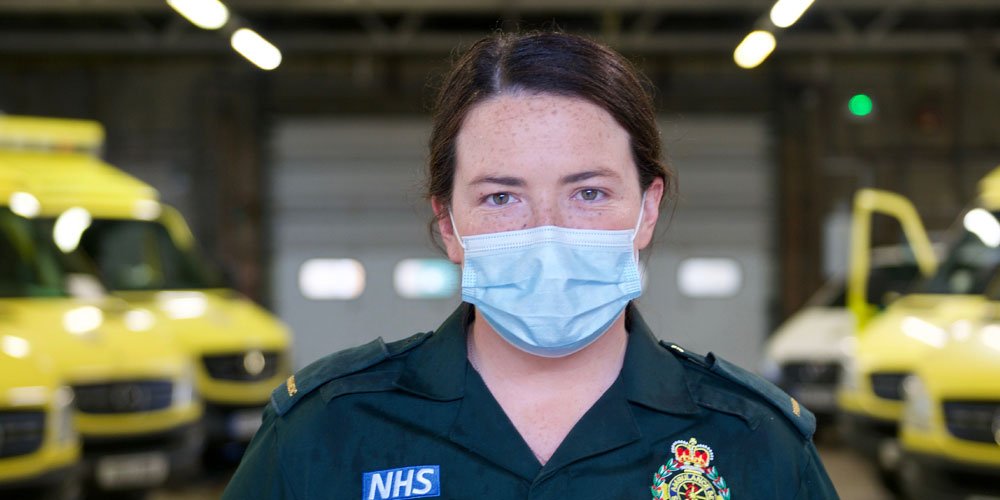 When Jemima Hutchinson saw thousands of people taking to the streets of Sydney and Melbourne in anti-lockdown protests on July 24, she’d had enough. As a paramedic based in the UK for the past four years, she has been on the frontline throughout the COVID-19 pandemic and seen the virus take countless lives and tear many families apart.

In frustration, she took to Facebook on July 25 to give Australians a word of warning in the hope we don’t have to experience the horrors she and millions of others have lived through in the UK.

Her post struck a chord, receiving close to 1000 responses and more than 900 shares.

The daughter of high-profile Sunshine Coast radio personality Caroline Hutchinson, Ms Hutchinson graduated with a Bachelor of Paramedic Science from the University of the Sunshine Coast in 2016 before heading to the UK in 2017. Little did she know she’d find herself in crisis mode for 18 months, scrambling to save lives in the midst of a global pandemic in one of the worst-hit countries.

In her viral Facebook post, she wrote: “I’ve had to carry out a resuscitation attempt on a 45-year-old man. We were unsuccessful and I had to tell his wife he was dead while his nine- and 11-year-old slept upstairs.

“I’ve sat with an 87-year-old man and his wife (of 62 years) while they said goodbye to each other for the last time… I’ve had to tell a 20-year-old daughter that ‘we’ve done everything we can, but your mum didn’t make it’. She had been slightly short of breath for two weeks.”

In her post she pleads with Australians to take COVID seriously and get vaccinated, saying: “You haven’t seen the effects of this virus and I promise you, you really don’t want to… This vaccine works. And it is your only way out of this.”

Heading to the UK at the age of 20 to work and travel is a rite of passage many Australians aim for, but few find themselves thrown into the deep end the way Ms Hutchinson has been, unable to return home, feeling her own safety at risk and dealing with death on a constant basis.

“There was a lot of uncertainty in the beginning,” she says. “PPE was an issue, no one knew how to treat COVID, we didn’t know what the exact symptoms where. It was really difficult.

“In all honesty, it was a very scary time. About mid-March last year, we basically started to get calls where every single job was someone having breathing difficulties, people who had never suffered asthma now looking like they were suffering from asthma, young people who were really unwell.

“We were just flat out, travelling massive distances in the ambulance because we didn’t have enough ambulances to cover the pressure we were under. We were even being told, ‘okay, you’re going into a household where they’ve tested positive for COVID’ – obviously that was really unnerving.”

Ms Hutchinson contracted COVID in March last year. She had a temperature and felt unwell for three days, was coughing at night and had a sore chest. She lost her voice for a week and her sense of taste and smell for three weeks. Her sense of smell only returned to normal six months later. Apart from needing to clear her throat a few times a day due to some lingering mucous, she has fully recovered.

She has received the Pfizer vaccine and her only reaction was a sore arm.

She believes many Australians are complacent about lockdowns, quarantine and vaccination because Australia has fared well compared with most other countries during the pandemic, but says we are living with a false sense of security.

Having seen what she has seen, she is urging Sunshine Coasters – and all Australians – to take COVID seriously and get vaccinated as soon as possible.

“Obviously, it’s incredibly frustrating that Australia’s rollout of the vaccine hasn’t been that great, for whatever reason. The UK’s vaccination rollout has been incredible,’’ she tells My Weekly Preview.

“And since the vaccination of millions of British people, I can’t even remember the last vaccinated COVID patient I went to that couldn’t breathe.

“The anti-vax thing just really winds me up. I just don’t understand not trusting science.

“My grandma lives with my parents and it would break my heart if she died of COVID. I see people not choosing to vaccinate as putting my family and friends who work on the frontline in Australia in danger.”

Ms Hutchinson has an English fiancé and plans to marry in the UK when borders open and her family and friends are able to travel for the wedding.

After that, she plans to return to Australia to live as soon as possible.

“We won’t be able to move back for the foreseeable future,” she says.

“In an ideal world, we’d like to be back in Australia working by this time next year, but I don’t think it’s going to happen.”

Continue Reading
You may also like...
Related Topics: COVID