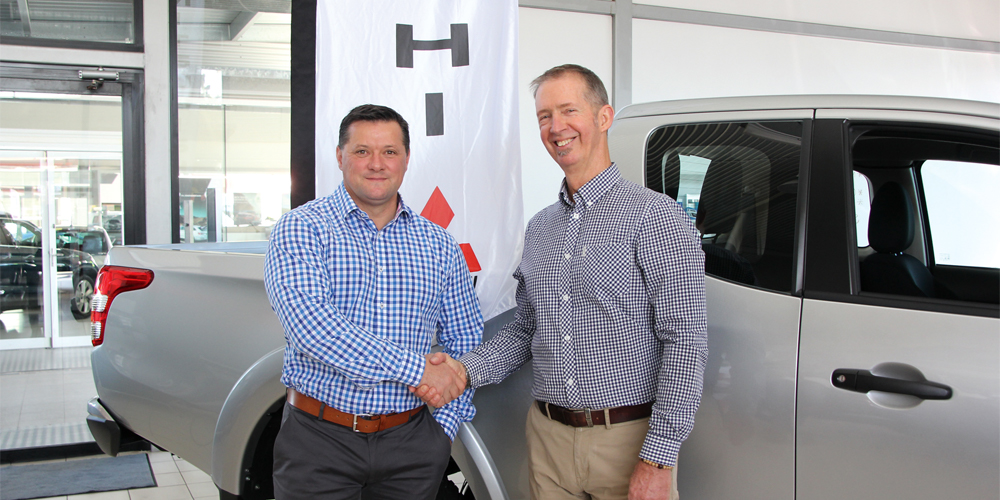 After three years of trying to secure grants through various avenues for two new buses, the Compass Institute was able to raise enough money through Sunshine Coast businesses for two 12-seat buses with wheelchair access in just 12 weeks.

The Compass Institute started offering alternative education programs for youth at risk in local secondary schools in 1992 as the Aikido Institute and in 2003, rebranded and became an accredited post-school disability service that provides further training and meaningful employment for young people. It has since expanded to five campuses and eight enterprises across the Coast, connecting with 140 families.

CEO David Dangerfield says the expansion has meant Compass has not had enough vehicles to go around.

“This year, we had a lot of new enrolments and I went down to one of the centres and there were a couple of people in wheelchairs there. I asked where everyone else was and they told me they were out, and that they couldn’t go because the bus did not have wheelchair access.

“You can’t just leave people out of activities because of that. It just can’t happen.”

Mr Dangerfield says he and his team spoke to Cricks Sunshine Coast dealer principal Matthew Murray about their options and they decided to reach out to the community with a Seats for Sale campaign. Businesses could purchase a seat on the bus and when all of the seats were sold, they would have enough to purchase the bus and fit it out with wheelchair lifts.

In 12 weeks, 22 of the 24 seats was sold and the buses are ready to roll. There are still two more seats up for grabs and businesses are being encouraged to jump on board.

“I feel humbled by the support that we’ve received,” says Mr Dangerfield.

“Often you’re just doing your job and you can be in a little bit of a cocoon. Every now and then, you just lift your head and see how far you’ve come and see how many people have supported you in that journey and it’s so refreshing and so inspiring,” he says.

“Our families have been following the Seats for Sale journey and they are really excited about it and they feel the love of the community who want to help us.”

My Weekly Preview is proud to have purchased one of the seats on the bus, as is Cricks Sunshine Coast, a long-time supporter of the Compass Institute. Mr Murray says Cricks Sunshine Coast started out funding a charity golf day for the organisation, but as Compass grew, so did Cricks’ support.

The company bought boxes of jam from Compass to give to customers as a gift with every new car and donated $8 from every sale. This has totalled $250,000 over the years.

“I know that 100 per cent of every dollar that is donated to the Compass Institute goes towards programs and facilities for the young people,” says Mr Murray. “This also gives them jobs and funnels back to other local enterprises, like the farmers who grow the produce Compass uses to make the jams.

“We also stepped in to transform a decrepit petrol station next door to our Nambour dealership into a cafe that is run by Compass Connections, which our staff and the wider community support every day.”

The Compass Institute operates with no government funding and provides educational pathways and meaningful employment, expanding the possibilities for people with disabilities in our region.

The Compass Institute will unveil its new buses at the annual Gala Fundraising Dinner at the Maroochy RSL on June 29, where Cricks Sunshine Coast will also give away a brand-new Mitsubishi Mirage to one of the 330 attendees.

If you would like to support the Compass Institute or purchase a seat on the bus, visit compassinc.org.au.

Proudly supported by My Weekly Preview.