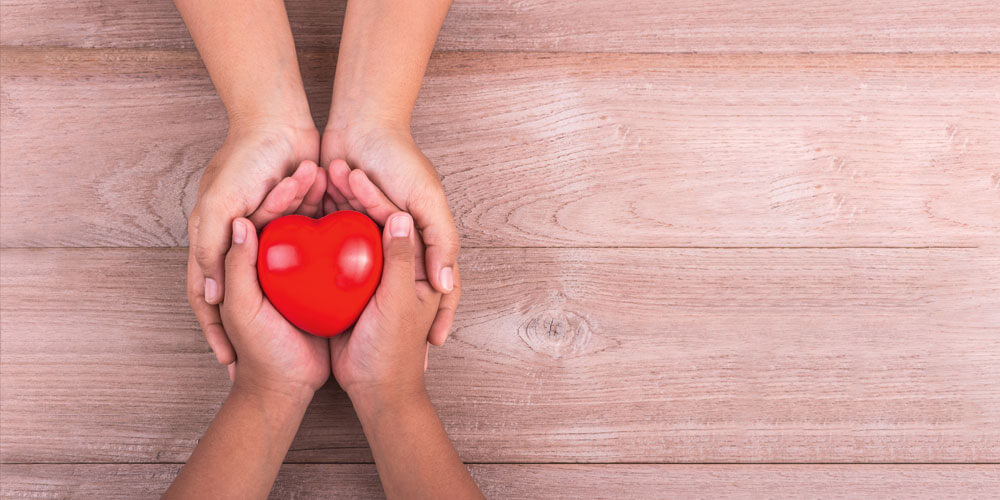 Just two years ago, the Bombski family went through the most immensely painful experience that could befall a family – they lost 10-year-old Sophie.

As they were trying to process the news their precious girl, who loved rainbows and unicorns, would not be leaving Brisbane’s Lady Cilento Hospital, the Bombski family was asked to consider a request from doctors for Sophie’s organs to be donated.

Mum Karina says it took them just 30 seconds for Sophie’s dad Andre and older sister Hannah to agree it was what Sophie would have wanted.

The Bombskis are sharing their story with My Weekly Preview in the lead-up to the biennial Australian Transplant Games, which are being held on the Gold Coast from September 30 to October 6. The Games is the country’s largest organ donation awareness event, with all competitors (from children aged six up to those in their 70s) organ transplant recipients.

One in three Australians is registered as an organ donor and with 1400 people on the waitlist for transplants, there is a great need for people to take the time to consider their wishes and make them known. One organ donor can save as many as 10 lives.

Karina says they became a donor family after Sophie unexpectedly suffered from an epileptic seizure while swimming in their backyard pool. Although she had been diagnosed with epilepsy as a toddler, she had not had a seizure for two years and was on medication to prevent them.

“She was swimming with Hannah when Hannah got out of the pool momentarily to get Andre and when they came back, they couldn’t find Sophie. She was on the bottom of the pool,” Karina recalls.

“Andre dove in and pulled her out and started CPR and Hannah called 000 and then called me. I was at the supermarket and I will never forget the horrendous screaming from Hannah. To arrive home and see a heap of ambulances on your front lawn – it’s your worst nightmare.”

With Sophie’s heart still beating, she was taken to the Caloundra Hospital and then airlifted to Lady Cilento. Karina says she thought everything was going to be okay.

“I packed her unicorn and her favourite teddy and some pyjamas, everything she liked, so she would be comfortable in hospital. I had no idea that she would not come out,” she says.

“They carried out some testing and she was found to be brain dead. The next conversation we had was would we like to donate Sophie’s organs. She was such a caring, loving girl and it was something she would want. There was a period of constant clock-watching because we knew we didn’t have much time left with her.

“I won’t forget the sound of her being wheeled away – that will stick in my mind forever. When she came back to us after they had taken her organs, she looked so beautiful. She had her favourite nightie on and was tucked into pretty pink sheets. She looked beautiful.”

Karina says they take great comfort in knowing their decision helped other people, including other children, live on to see many more beautiful rainbows.

Their selfless act meant both of Sophie’s kidneys, plus her liver, lungs and heart valves become the ultimate gift for their recipients. It is because of families like the Bombskis that 1410 Australians were given a second chance at life last year.

Caloundra West resident Colin Manderson received a heart transplant in April 2016 and says he nicknamed his new heart Kong. After suffering for 20 years from cardio myopathy, a swelling of the heart, his blood pressure had dropped to worrying levels.

At one stage Colin had an ejection fraction heart failure measurement of 10 (a normal measurement is 48 to 50), and the low pumping capacity meant his heart stopped on three separate occasions before he received a heart transplant, which made him feel like King Kong was beating in his chest.

“I hadn’t felt that much power in my chest for so long,” he says.

“I had lost 20 kilograms and was virtually in my worst physical fitness when I received the heart. It had got to the stage where I couldn’t walk up stairs and I was flat-out walking 100 metres. I was immobile for so long, I had to learn how to stand up and walk again, but with a bit of determination and music therapy – Bruce Springsteen’s Born to Run was my anthem – I started to fair dinkum start eating and getting fit.

Deciding to reach out to his donor family by writing to them 12 months after his transplant, Colin says Kong also become the name in which he refers to his donor when communicating through letters.

“I’m glad to be living and I want his family to realise that he’s alive in me,” he says.

“He’s hanging out with me and I talk to him every day. It meant a lot to me for [the family] to acknowledge that and speaking to them like he is still here with us, which is what I wanted.”

This year will be the first opportunity for Colin to compete in the Australian Transplant Games, and he’s seizing it with both hands, signing up to compete in a golf team as well as a five-kilometre cycling road race.

“The biggest thing is I’ve got this big desire to make my donor family proud. That’s my primary motivation, to let them know I’m not wasting their son’s heart,” he says.

“I’m excited to take part and while I’ll be trying my hardest, I might end up having the job of saving everyone the embarrassment of coming last. It’s more about meeting new [organ] recipients and supporting the whole transplant family.”

Buderim resident Gerald Hilder will also be competing at the upcoming Transplant Games, which will use some of the world-class facilities built for the Commonwealth Games earlier this year.

Gerald is celebrating 22 years of extra life after receiving a kidney transplant in 1996. The 62-year-old will also be defending gold and silver medal performances from the last games two years ago.

“I ran a triathlon event for the first time in Newcastle, but there was no one else who ran in my age group, so technically I have the Australian record. I expect that to be broken at this Games pretty easily,” he says.

“It’s not like the Olympic Games, but there are some fast times out there and the competition is good. It’s amazing to think that without donor families, none of us who compete in the games would be around.”

Gerald has been to six games since 2002 and has 12 medals for his efforts.

A former soldier in the Special Air Service regiment, Gerald was diagnosed with Alport syndrome, which is a hereditary disease, and he had come to rely on dialysis before a kidney donation gave him the chance to marry “the love of his life” Kathryn and have a son, David, who is now 20.

Gerald is now a nurse with the Sunshine Coast Health and Hospital Service and says organ donation is one of the most powerful gifts someone could give.

“Talk to your family and let them know what you want to do,” he says.

“If you think you don’t want to donate your organs to someone else, think about whether you would then accept an organ donation for your loved ones? If you look at it that way, I think everyone would donate organs unless there is a religious or cultural reason not to, which I think is fair.”

A DonateLife spokesperson says the Organ and Tissue Authority conducted some research into the reasons why people have not registered to become organ donors and found the two main reasons were they were too busy or had not thought about it.

The spokesperson says registration is important, because it leaves your family in no doubt of your decision to be an organ and tissue donor. “Registration counts, with 90 per cent of families agreeing to donation proceeding when their loved one is a registered donor,” the spokesperson says.

“If the potential donor is not registered and has never discussed what they would want, the family consent rate drops to just 44 per cent – one in two families decline to donate their loved one’s organs.

“With around 1400 Australians currently waitlisted for a transplant, and a further 11,000 people on dialysis, we need to optimise every donation opportunity to save more lives.”

Karina Bombski says organ donation was not something she had spoken about with her husband before they lost their daughter, but they are now passionate DonateLife campaigners and encourage everyone to take time to have “the talk” and register their wishes online at donatelife.gov.au.