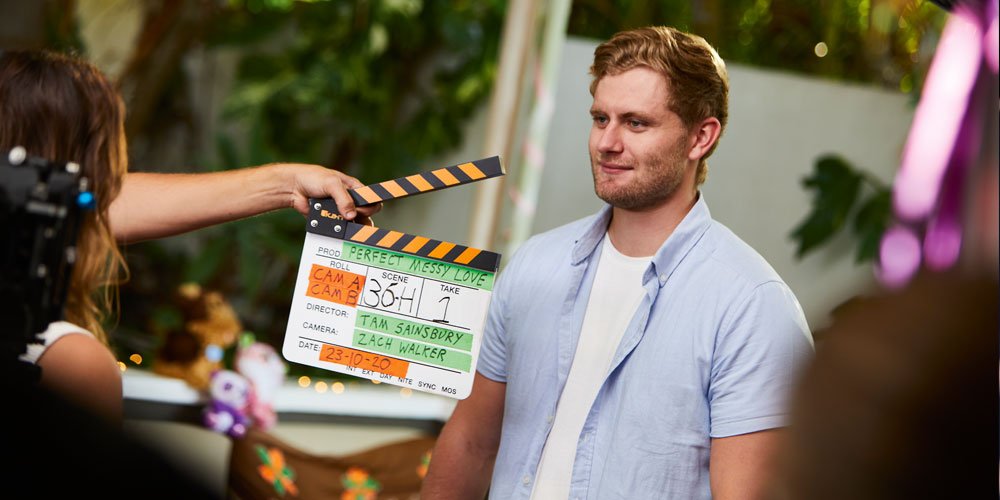 Spotting an A-list celebrity is usually an opportunity that comes few and far between, but with the likes of Chris Hemsworth, Matt Damon, Zac Efron, Natalie Portman, Christian Bale, Liam Neeson, Tom Hanks, Ron Howard and Toni Collette all gearing up to work from Australia this year, your chances of a star-struck encounter have increased dramatically.

The screen industry is swooning from an abundance of productions being relocated from international locations to within Australia, with a plethora of productions already secured to begin filming in 2021.

Academy Award-winning director Ron Howard has announced his latest feature film, Thirteen Lives, will be shot on the Gold Coast after he was lured to the region by Australian and Queensland government incentives.

In a video released by Ausfilm, Mr Howard says he is “truly thrilled to be able to bring this film to Australia and to be able to work with the talented and skilled Australian film crew members”.

Thirteen Lives is supported through the federal government’s $400 million boost to the Location Incentive, which aims to create a pipeline of international projects, and generate tens of thousands of Australian jobs in the screen industry over many years.

Screen Queensland CEO Kylie Munnich says the state is an attractive option for production companies due to its diversity of locations, from beaches and rainforests through to desert landscapes and urban settings as well as having two of the largest studios in Australia in Village Roadshow and the SQ Studios.

“Queensland Government via Screen Queensland offers competitive incentives for Australian and international producers to film in Queensland and there is a large pool of qualified crew, especially now that many Queensland screen practitioners are returning home, available to work on productions,” Ms Munnich says.“Competitive commercial incentives are vital; it’s the way the industry operates globally. And yes, it’s a competitive marketplace, both internationally and within Australia.”

“Queensland’s current reputation as one of the most Covid-safe production destinations in the world is certainly contributing to the constant demand to film here,” she says. “Some of the Sunshine Coast locations we market include Moffat Beach and the rock pools at Shelly Beach, the historic townships of Yandina and Kenilworth in the hinterland, the Noosa Everglades and Aussie World.

“As members of the Film Friendly Pathways Program, the best approach [for industry growth in the region] is to continue to work with Screen Queensland to promote the Sunshine Coast’s beautiful film destinations through the locations gallery.”

The hive of activity has ignited excitement for Aura resident Laree Gadenne, an Australian actress, writer, producer and director who has worked around the world with her craft.

When it came to creating her latest project, sitcom Hard Knock Life, she decided there was no place like home. Featuring numerous Coast businesses and locations, the six-part series was created wholly in the region and premiered in April 2019, securing offers from three major distributors in America and Canada.

After signing to Echelon Studios, the show has been picked up on major streaming platforms such as Amazon Prime Video in the US and UK, Tubi and Plex, which are both distributed worldwide.

Ms Gadenne is ecstatic to see so many US productions filming in the state as it gives cast and crew an opportunity to work alongside international greats.

However, it is a double-edged sword. Ms Gadenne funded her show with her own savings and a Sunshine Coast Council Regional Arts Development Fund grant and says local content creators would benefit from greater funding opportunities to complete more homegrown projects.

“All levels of government could possibly offer more incentives or extra grant opportunities for local projects to be created,” she says. “However, the only true limit is within someone’s mind. We learnt to be very resourceful with everything here and were extremely lucky to have such a supportive community to assist when filming the show.

“I feel that we could continue to build on the profile of the Sunshine Coast as an arts hub where more larger-scale projects can be created here. To grow the industry here on the Coast, we would need to have a purpose-built film production studio similar to Village Roadshow on the Gold Coast. The studios are currently booked out for the next few years with the larger US productions, so now would be a great time to offer another venue to film in locally.”

Written by Megan Williams and directed by Ms Sainsbury, its post production was overseen by the dynamic Livia Hanich and Bill Missett. The whole project was filmed and edited in 10 weeks.

“This project was an interesting experience as everything had to come from within Queensland due to restrictions. My last project, Time & Place, had cast and crew coming up from Sydney and Melbourne, but this time around I had to source everything from within the state,” Ms Sainsbury says. “While it is amazing that we have so many US productions shooting here, it made it harder for me to find actors and crew that weren’t already working. It is a challenge to compete with the big guys.

“The positive to come out of it was I ended up discovering all these wonderful people and it made me realise just how rich the industry really is here.”

With half of the series based in London, Ms Sainsbury found the perfect location at Malumba Estate in Buderim to double as a Chelsea apartment. “I really think you can do anything here,” she says.

“There are incredible locations, stunning scenery and the community are so willing to get behind you to help.”

While covid threw up challenges for the industry, Ms Sainsbury says a number of new organisations have sprung up, including the Queensland Filmmakers Collective, which has allowed greater networking and connection among industry creatives than ever before.

“We continue to feel supported by funding bodies like Screen Queensland and the local council’s Regional Arts Development Fund, however, with the removal of the Australian content quotas from the networks, there is not really any incentive for greater investment in local content creation,” she says.

“While the push for US productions is incredible for cast and crew and other parts of the economy that support them, nothing has changed in terms of incentives for people like me who create our own content.”

Ms Sainsbury says people can support local content creators with clicks and views. “All you have to do is vote with your eyes,” she says.

“Watch Australian content like Penguin Bloom and The Dry, which are out in cinemas now, and watch Queensland productions online. The ripple effect of that is we can get more happening here on the Coast that will lead to potentially thousands of jobs.

“Just look at what Home and Away did for Palm Beach; it makes areas popular if you can get a series up and running. I would love for Perfect Messy Love and Time & Place to do that for the Sunshine Coast.”

You can watch Perfect Messy Love at bit.ly/PML_PLAY and stream Hard Knock Life on tubitv.com/series/4781

To connect in with Sunshine Coast industry professionals, visit sunshinecoastscreencollective.com.au.

US Productions being filmed in Queensland

Irreverent – Follows a criminal on the run from his life of crime back in New York, who is forced to hide out in a reef town in Far North Queensland, posing as the new church reverend.

Thirteen Lives – Based on the widely publicised rescue mission when 12 boys and their coach were trapped inside Tham Luang cave due to monsoon rains in Thailand in 2018.

Escape from Spiderhead – Set in the near future, where two young convicts grapple with their pasts in a facility run by a brilliant visionary, who experiments on inmates with emotion-altering drugs.

US Productions being filmed in Australia

Pieces of Her – Set in a sleepy town where a random act of violence sets off an unexpected chain of events.