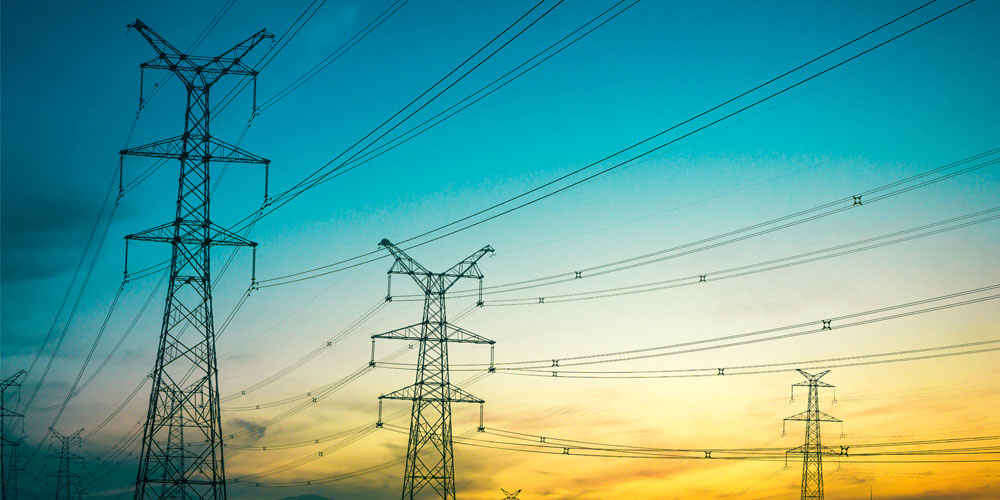 Households could save more than $400 a year on power bills under a proposed major reset of Australia’s “broken” electricity market following the release of a highly anticipated inquiry into energy pricing.

The Australian Competition and Consumer Commission report was commissioned in March 2017 by Treasurer Scott Morrison and explored the reasons behind skyrocketing electricity costs and how consumers could get a better deal into the future.

The Retail Electricity Pricing Inquiry final report was released on July 11 and offered 56 recommendations that could see residential electricity bills drop by up to 25 per cent and the ACCC estimates businesses could also save up to $750 a year, and even as much as $2250 if they shop around for the best discounts.

So why are electricity prices increasing so much?

The ACCC has identified the root causes of high electricity prices across the entire electricity supply chain.

ACCC chair Rod Sims says the main reason customers’ electricity bills have gone up is due to higher network costs.

“They account for up to 48 per cent of a household electricity bill, a fact which is not widely recognised. To a lesser extent, increasing green costs and retailer costs also contributed,” Mr Sims says.

Over the past decade, the Queensland, New South Wales and Tasmanian governments allowed over-investment in network upgrades, passing on billions in unnecessary costs to customers and Queensland was called out as one of the worst for network charges.

The ACCC also found private retailers deliberately confused customers and price comparison websites took commissions without providing a full range of offers, making it hard for consumers to get the best deal.

Mr Sims says serious affordability problems for consumers and businesses had been caused by poor policy decisions over the past decade.

“The National Electricity Market is largely broken and needs to be reset,” Mr Sims says.

“There are many reasons Australia has the electricity affordability issues we are now facing. Wholesale and retail markets are too concentrated.

“Regulation and poorly designed policy have added significant costs to electricity bills. Retailers’ marketing of discounts is inconsistent and confusing to consumers and have left many consumers on excessively high ‘standing’ offers.”

While the decision now rests on the federal and state governments to implement the ACCC recommendations, Mr Sims says if they are all followed, there will be a “powerful and tangible impact” on electricity affordability in Australia.

“Our recommendations require some difficult decisions, as sound economic reform usually does,” he says.

“Despite poor decisions over at least the past decade creating the current electricity affordability problem, it now falls to current Commonwealth and state governments to make the difficult decisions to fix it… we must move away from narrowly focused debates. Addressing affordability requires change across a broad front.”

A key measure is forcing retailers to offer a benchmark price near the middle of the market, to end confusing and deceptive discounts, a role the ACCC would like to see the Australian Energy Regulator take on.

It also recommends a cap be put on future mergers or acquisitions for companies with more than 20 per cent market share and the Queensland Government stop over-investing in the energy sector, a move it says will save average households $100 a year.

Prime Minister Malcolm Turnbull says there is strong support for the vast majority of the ACCC’s 56 recommendations, but the government will carefully consider the report.

“Australians are crying out for an energy policy that is focused on them,” he tells AAP.

“Too much ideology and even idiocy has taken the place of engineering and economics, and energy consumers have suffered accordingly.

“My focus is, unrelentingly, on getting energy prices down.”

Mr Turnbull wants the states to adopt his national energy guarantee, which is aimed at bringing down prices while guaranteeing reliability and cutting emissions and Mr Sims agrees this is “a necessary step” to bring affordability to the market.

By world standards, Australia’s position in terms of electricity prices has deteriorated substantially. According to the Organisation for Economic Co-operation and Development, Australia has dropped from the fourth cheapest in price per megawatt hour ($US) in 2004 to the tenth cheapest in 2016.

Australians are more reliant on electricity than they have ever been before, with households and businesses using more and larger appliances as a result of the increased role of technology in our everyday lives.

However, energy efficient appliances and solar PV (photo voltaic) technology have offset some of this increased demand and in 2016, solar PV output met around three per cent of electricity consumption.

The ACCC report found that power bills would have been even higher if so many people had not installed solar panels on their homes and businesses.

This was backed up by an Australia Institute report, which found rooftop solar had delayed and reduced peak demand in the past summer.

Just when Australians were turning on air conditioners, rooftop solar in east coast states reduced peak demand by more than 2000 megawatts – the equivalent of a large coal-fired power plant.

The ACCC report suggests incentives for solar panels and batteries will show the government is serious about energy security and Gswitch inventor Mark Coates says he can see future bills being driven down with a greater use of solar coupled with new standards to control energy supply in peak demand times.

The Caloundra resident is on the national EL054 committee, which is working towards ratifying the 4755.2 standard to allow electricity networks to be able to communicate with household appliances through the internet during peak power demand to reduce network overloads.

Mr Coates says this standard will be another tool for reducing power prices as it will allow distributors to have great control over supply and demand.

“Distribution is so expensive because 50 per cent of the costs are used one per cent of the time. They have to allow for a maximum power load even when it is an ordinary day, so if we suddenly get a hot day and everyone throws on the air conditioner, the network can cope,” he says.

Mr Coates’ innovative invention, the Gswitch, is a home energy management system that works to reduce power consumption and will be among the devices capable of reducing power demand in peak times.

Mr Coates says the Gswitch can have any appliance responding within a second if there is any shortfall in the network.

“We can slow systems down to avoid a potential network overload or blackout,” he says.

“People will have a contract with their energy retailer that will allow this to happen and if there is ever a need for their power to be reduced, they will be compensated through a Demand Response Aggregator.

“Ninety per cent of the time, residents won’t even know a demand response has been called by the distribution company and they will carry on as normal. It will be unintrusive.”

The Gswitch is installed on a home’s switchboard and connects to your smartphone or tablet and provides real time usage data for all utilities in an easy to use app, so you can monitor your power output through a personalised dashboard as well as ‘turn’ your home off when you leave and back on again when you return.

The Gswitch also increases solar PV efficiency by allowing you to direct, distribute and schedule your captured solar power directly to the appliances that will be best served to reduce your power bill, rather than sending it out into the grid for minimal return if you are not receiving the maximum 44 cent feed-in tariff from Energex.

The technology has already caught the attention of Energex and its governing body Australian Energy Market Operator (AEMO).

“Essentially, it’s a brain that goes in a house and talks to the networks while also providing an easy-to-use interface for the consumer. The Gswitch transforms the household from one that consumes power without constraint to one that only uses the power that it needs. And it does it without you having to think about it,” Mr Coates says.

“This unit offers up to 50 per cent power reduction on multiple fronts – providing energy efficiency, reducing wasted power and educating home owners about how the power is used in their home.”

With the ACCC report shake-up already seeing some electricity retailers offering discounts of up to 28 per cent, Energy Consumers Australia acting boss Lynne Gallagher says things are looking up.

“We are now at a pivot point where we can actually start to get this market working for consumers and bringing bills down,” she says.