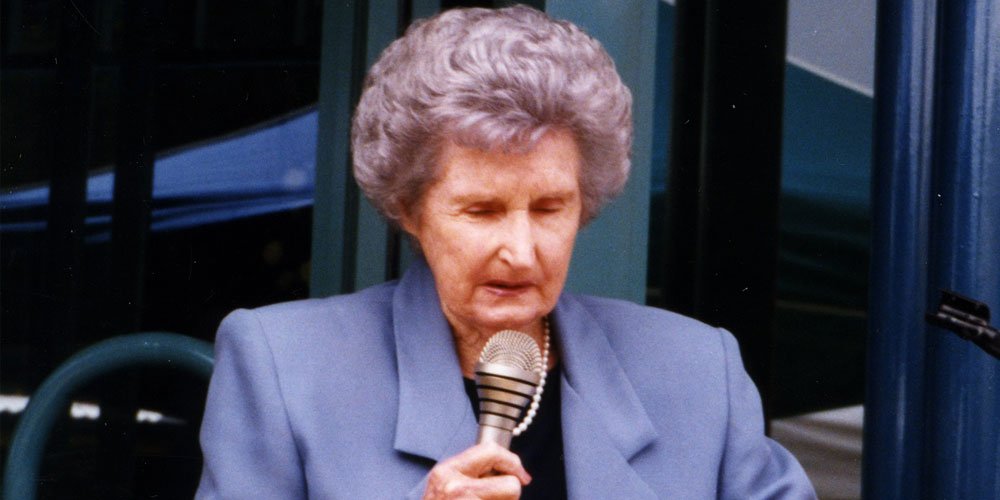 Beloved Sunshine Coast hinterland identity Peg Burnett’s legacy is being formally recognised with a new plaque installed in her memory at Maleny Library.

Mrs Burnett (1915-2007) is often remembered as a “true stalwart” of Maleny, working tirelessly for the benefit of her community.

She spent much of her life servicing and restoring the library, which originally opened in the annex of the Maleny School of Arts Hall in Maple Street in 1932.

Taking over from the first librarian Betty Blacklaw, Mrs Burnett managed the library until her marriage to Rixon Burnett in 1939. Mr Burnett was later elected to Landsborough Shire Council in 1955.

While Mrs Burnett was known for saying “married women didn’t work then”, Sunshine Coast Council division five councillor Winston Johnston says she remained an integral member of the community, volunteering and managing the library until 1978.

“In 1951, a fire gutted the building, and the hall was rebuilt on the same site and renamed the Maleny Community Centre,” Mr Johnston says. “Peg raised money for the library by renting out books from a small collection saved from the fire and the funds raised allowed her to buy new books to rebuild the library catalogue.

“Our community is a strong and thriving heart of the hinterland thanks to people like Peg, and I hope this plaque serves as a reminder to all of the great benefits of community service.”

In the 1990s, the Maleny Fruit Barn on Coral Street was bought by the Caloundra City Council and refurbished to become the new library. A car park was added in 1997 when the adjacent Maleny Meats was demolished.

The present-day library officially opened on May 1, 1998.

Continue Reading
You may also like...
Related Topics: volunteer

Trekking for a cause
Holistic living a path to health