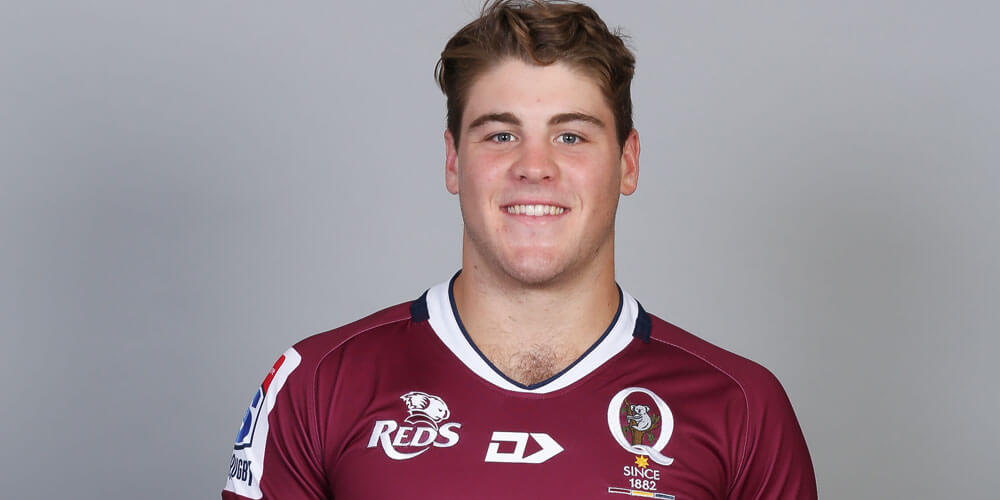 Fraser McReight was first introduced to rugby union when he was five years old after his parents enrolled him in the sport to burn off his excess energy.

The physical challenge and mateship developed among teammates have fuelled Mr McReight’s passion for the sport, and this year the 20-year-old joined the St George Queensland Reds Training Squad and was named the Junior Wallabies captain.

The back rower, who was born in Buderim, says it has been “a whirlwind of a year” and the season is far from over.

He has already led the Junior Wallabies to success in the Oceania Rugby U20 Championship, beating New Zealand and lifting the trophy for the first time in its five-year history, and he helped get his side off to a blistering start at the World Rugby U20 Championship in Argentina, spearheading a 36-12 win over Italy.

Despite being the first Junior Wallabies side to make it to the final in nine years, they weren’t quite able to snatch the title away from the defending champions, France’s Les Bleuets.

“It was a tough season – the boys really pulled together and put up a good fight though,” Mr McReight says. “I’d say bad luck got the better of us in some games and we didn’t get the win we were after. That being said, things are well and truly put into place for great success in the next year or two.”

Starting with the Albany Creek Brumbies at the age of five, Mr McReight says a lot of hard work has gone into remaining on form and committed to the sport, which has seen him progress from Queensland Schoolboys and Sevens through to Australian Schoolboys in 2016 and make his debut for the Junior Wallabies in 2018.

“The biggest challenges [in my progress] I would say I’ve had to face have been off the field. This includes the process of developing my body properly for each rank that I climb,” he says. “I’ve found more and more that eating the right food to allow for this development is so crucial. I have become a lot better food wise, but it’s vital that I keep working on the nutrition and body conditioning side of things, so I keep progressing as a player.”

Thanks to his form in the latest international campaign Mr McReight’s form has been compared in rugby circles to one of his idols, George Smith.

“I love George Smith, as he was on the cover of Rugby 2005 on PlayStation 2 and I thought it was the coolest,” he says.

“I have been fortunate enough to meet him a couple of times and do breakdown drills with him at the St George Queensland Reds, when I go in for training sessions.”

Mr McReight says there have already been a number of highlights in his career so far and debuting with the St George Queensland Reds this year against The Brumbies is right up there. “We played on a scorching Sunday and we smashed them – it was quite the game,” he says. “The next moment that comes to mind was versing Argentina in their home town and winning the semi-final for the U20 Junior Wallabies.”

Although his rugby commitments keep him away from the Coast during the season, Mr McReight says he is looking forward to returning to Caloundra, where his family are living.

For those who are aspiring sportspeople in any code, Mr McReight says make sure you are having fun.

“Life’s too short to do something you don’t enjoy, so enjoy the ride,” he says. “There can be a lot of ups and downs but just remember that if you are diligent and put in the work, results and success will come.”

Continue Reading
You may also like...
Related Topics: Football, Sport