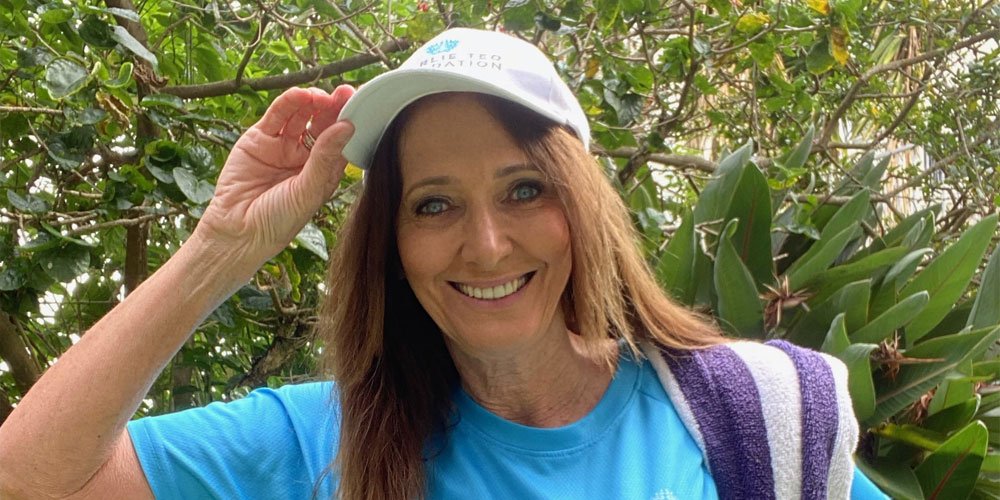 Jayne Brown is putting her second chance at life to good use, achieving personal goals and making a difference to the foundation that helped her.

And she’s doing it all with a team she likes to call ‘Charlie’s Lap Ladies’.

In August 2020 Ms Brown underwent lifesaving surgery to remove two brain tumours that for 10 years she was told were inoperable. She has also suffered from heart problems after a cardiac arrest when she was 50.

May is brain cancer awareness month and as part of that, Ms Brown and four of her friends are swimming to raise money for the Charlie Teo Foundation after she was selected to be a warrior for brain cancer.

“I chose swimming because I have never been able to swim. The year before my brain surgery I had two heart procedures and before that I was always running out of puff and I could never swim a whole lap.

“Now that that’s all done and out of the way I thought I would choose swimming.”

Now every Wednesday morning she swims at Caloundra’s aquatic centre with the group of ladies who are part of her fundraising team Charlie’s Lap Ladies.

“We decided that for the month of May we would do 10 kilometres each, so 50 kilometres as a team,” Ms Brown says.

“When we started I couldn’t even swim one lap and now I’m up to 30 laps for the challenge – I’m so proud of myself.

“We are just trying to make it fun and raise some money.”

Passionate about giving back to the foundation that gave her a future, Ms Brown also donates a part of profits from the sale of her Noosa Glow products to the Charlie Teo Foundation.

“It’s extremely important to me because Charlie gave me my future back,” she says. “I had no help for 10 years and I was told it was inoperable, so I owe him everything.

“I’ve got three beautiful daughters and seven grandchildren and I’ve got a great life.”

“No tumour has grown back yet. I’ve got a nine per cent chance of reoccurrence but nothing is showing yet, so that’s exciting.

“I’m very, very fortunate and I am glad I have to opportunity to give back.”

To donate to Charlie’s Lap Ladies, visit challenge.charlieteofoundation.org.au and find Ms Brown’s team under the ‘sponsor a fundraiser’ tab.

Bringing art to the people
Time for scones