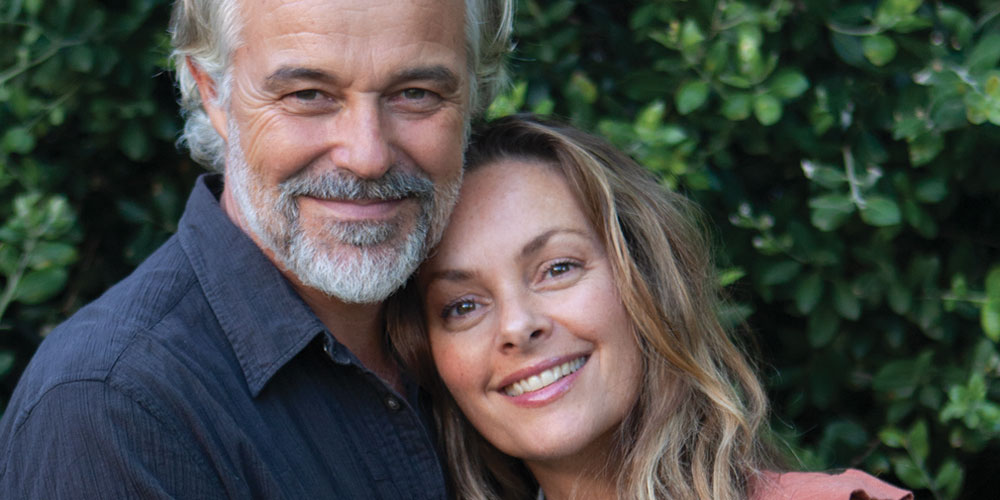 The thought of having to swing a golf club in front of a crowd of onlookers on the Coast later this month is causing Alison Brahe-Daddo some grief, but the newest ambassador for charity organisation RizeUp is prepared to venture well outside her comfort zone to raise funds for the organisation that supports women and families fleeing domestic violence.

While living in the US with her husband, actor Cameron Daddo, and their three children, the former model volunteered with a number of organisations to help underprivileged children from broken homes. When they moved back to Australia, she came across RizeUp and felt an instant connection.

RizeUp not only drives awareness of domestic violence in communities but also works with refuges, agencies and services to provide life-changing support for families left with nothing but the clothes on their backs.

“Everything they were talking about and the actions they were taking were so impactful for the families they were helping, I instantly knew this is what I wanted to do,” Ms Brahe-Daddo says.

She signed up as a RizeUp volunteer and was then asked by CEO Nicolle Edwards if she and her husband, would become the charity’s first ‘Patron Pair’.

With intimate partner violence remaining one of the leading contributors to premature death for women aged 18 to 44, RizeUp has engaged the couple to help them drive awareness of its mission to aid the many vulnerable families affected by family and domestic violence across the nation.

“I’ve never played golf and my husband is always out there playing, so it’s tough that he is tied up with his show [stage comedy The True Blue Revue] and can’t come up with me,” she says.“I hope I don’t frustrate the actual golfers with my attempts to hit that little white thing around… But at the end of the day, it’s all about RizeUp.”

She adds, “It breaks my heart that one in four Australian children currently lives in a house of violence… it is a truly sad community issue so the unique work that RizeUp provides to support some of the most vulnerable people in society is unbelievable.

“I can’t even begin to understand what these families have been through, but we are fighting to give them a voice and whether I can help by bringing awareness, or making the beds in the families new home or talking to corporations about sponsorship, I will do it.”

Ms Edwards says a domestic violence order is broken three times each hour on average in Queensland. “RizeUp is encouraging locals to join in eradicating this unimaginable trauma by volunteering or donating, and for women and children currently impacted by violent relationships to know there is help available,” she says.

To find out more about RizeUp and how you can help, visit rizeup.com.au.

Tickets are still available for the Sunshine Coast Business Associates Charity Golf Day. To find out more and to secure your ticket, visit facebook.com/events/431990650951052/ or contact White House Celebrations at events@whitehousecelebrations.com.au or 5444 1736.