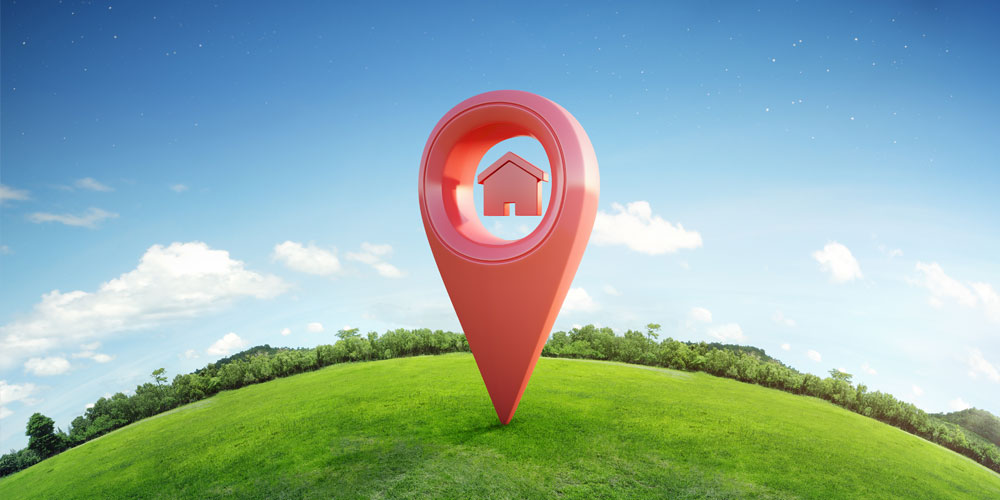 It’s been an interesting year with little chance to draw breath as the Coast’s residential property market has reset and recalibrated in response to many external and internal influences.

The Coast is no longer the outlier; it’s in the thick of many national conversations about the residential property market and in the price and population statistics.

CoreLogic’s recent Regional Market Update reported the Coast’s annual growth rate in house values was a whopping 32.3 per cent for the 12 months to November. That’s up from seven per cent in the previous year. But given the state of the market, these figures are far from surprising.

Of course, the influx of new residents – many of whom arrive with pockets full of cash following a strong property sale in the southern states – has contributed to market growth. The Coast’s estimated population is now more than 351,424 and growing, supplemented by the net inflow of people to Queensland of 16,798 in just six months to March 2021, reports the Australian Bureau of Statistics.

REIQ Sunshine Coast zone chair Matt Diesel says for many people COVID-19 has given impetus to their decision to seek a better lifestyle, particularly those that have only ever dreamt of living on the Coast. “Whether that is acreage or living in a nice place, that’s been high on people’s priority list,” he says.

How and where we buy, and our expectations around Australia’s economic, health and climate change future, have driven many of the changes in the Sunshine Coast’s market.

While auctions are second nature to southern buyers, Ray White chief auctioneer Jake Loiero says that during the past 12 to 18 months Queensland vendors who have not previously had a lot of exposure to auctions are getting used to this selling method, and they are often benefitting from it.

“Now that Queenslanders have developed their skills to bid at auction and the understanding of selling at auction, it’s something that going to be around for a long time to come and it will be increasing,” he tells My Weekly Preview.

The development of platforms dedicated to online auctions has added another level of transparency and ease to the whole process. And there has been a heightened use of electronic contract execution. As REIQ’s Mr Diesel points out, “The industry has made about seven years’ progress in one year.”

But these places have experienced significant price increases, adds Direct Collective’s market intelligence specialist Mal Cayley. “They have been pushed out to other suburbs or are leaving altogether and looking further afield.”

Brisbane and interstate buyers aren’t the only ones to see the benefits of the transition to working from a Coast home. Mr Diesel says in the past few months, as the border restrictions have eased, the level of interest from overseas buyers has grown strongly and he doesn’t expect that to abate any time soon. Mr Cayley says he has noticed more ex-pats wanting to buy into the Coast, as well as New Zealanders.

As labour and material costs have significantly increased, and supplies have been delayed, Mr Diesel has seen more buyers looking for a finished product.

“The more that is finished and the less that needs to be done to the property, the more a consumer will pay,” he says.

Buyers’ focus on energy efficiency has risen, with predictions we will see more interest in sustainability into the future. “We will see houses getting rated,” Mr Diesel predicts. “Some of the more savvy people are seeing that as a more important issue and they are starting to consider that now when they are looking at properties.”

However, the facts are that having somewhere to live overrides everything, including sustainability. As Mr Cayley says, “The lack of availability means people are fighting to get a property regardless of what it has. If there was more choice then yes, that would be a real driver.” 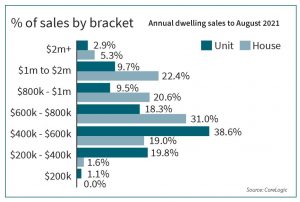 With Brisbane and southeast Queensland confirmed as hosts of the 2032 Olympic Games, the resulting promised improvement in the transport corridors and the legacy of large-scale sporting facilities and other Games infrastructure is driving further excitement for the Coast.

An independent economic assessment by KPMG, commissioned by the Queensland government, has indicated the Games will deliver a total benefit of $8.1 billion for Queensland.

“There is so much going on here, so much growth,” Next Property Group’s Richard Scrivener says, confirming his belief that the Games will enhance the access from the Gold Coast to Brisbane and the Sunshine Coast. “Once that announcement happens, they will put billions of dollars into transport, and I think we will see another very different market. It will be more about getting from a major city to a regional city quite easily, which I think will be very exciting.”

Mr Diesel has a similar view. He believes the Coast is coming of age.

“It’s not the sleepy little town I knew when I was growing up,” he says. “There is a lot of really positive things happening and it’s only going to get more with the Olympic Games and a heap of other exciting things that we have happening including all the infrastructure.”

CoreLogic’s head of residential research Eliza Owen expects the Coast market will continue an upward trend in 2022, but it will be much more subdued than what has been noted over the past year.

The drivers for this above-average trend are strong internal migration trends, lifestyle appeal and affordability relative to the lifestyle markets of the southern states.

“Eased lockdown restrictions across Sydney and Melbourne may see a surge in migration to the sunshine state, as was seen at the end of 2020 off the back of the end to extended restrictions in Melbourne,” Ms Owen says.

“This already appears to be creating a flourish of activity across the Coast where quarterly growth has ‘re-accelerated’ in the three months to November. However, this may be short lived amid continued price rises, affordability constraints for local buyers and slightly tighter lending conditions.”

Are there headwinds? Ms Owen expects that more price-sensitive buyers will drop out of the market. “Already housing finance data has shown a 13 per cent decline in FHB [first homebuyer] lending for the purchase of property in the three months to October in Queensland. Coupled with higher funding costs and the potential for higher lending rates, increases to serviceability assessment buffers and the potential for further risk management in the mortgage space, it seems there are accumulating headwinds for the property market more broadly. The Coast would likely follow a broad-based housing market downturn under these conditions.” 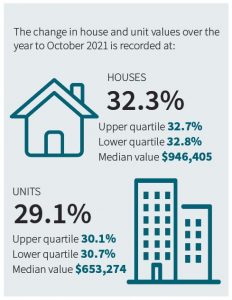 The Sunshine Coast Council anticipates we will require over 217,230 dwellings.

Time to give
Miracle worker retires