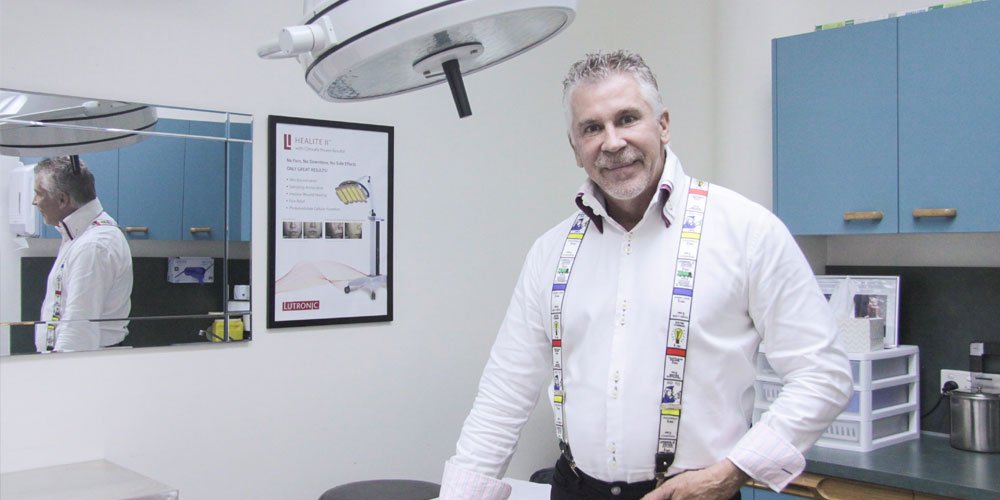 Local cosmetic and reconstructive plastic surgeon Dr Mark McGovern believes young people could be valuing their tan for display on social media more than their lives.

“I think it’s disturbing,” he says. “If you walk along Sunshine Coast beaches there’s still young people baking themselves as best they can and working hard to develop their skin cancers despite successes of the ‘slip, slap, slop’ campaigns.”

Dr McGovern runs the Vie Institute at Maroochydore and has been working in the region for more than 25 years. Sun cancer prevention and treatment are a major focus of his practice.

“I’m treating large and increasing numbers of people with melanoma, particularly young people. We are identifying and treating cases with the disease about every two weeks,” he says.

“It’s usually a wake-up call for most of them to be diagnosed with something as serious as that at such a young age.”

Queensland has the highest rate of skin cancer in the world and the Sunshine Coast is a particularly bad hotspot for melanoma, with more than 515 people diagnosed and 52 deaths on average per year.

Melanoma patients can be referred to Dr McGovern with suspicious lesions for assessment or to take a biopsy, or they have already been biopsied, and he definitively removes the melanoma.

He cautions that in rare cases, every few years there are instances where melanoma doesn’t have pigmentation, so when it comes to removing it completely, he has to keep chipping away at it until results show the area is free from disease.

Regular skin checks are extremely important to keep on top of potential cancers, because if detected early, 90 per cent of melanomas can be successfully treated with surgery alone.

The range of scientific advances to treat the condition has also now improved, so there are much greater prospects of survival than there used to be, but it’s still a highly aggressive cancer and treatment can be tough.

Having lost his sister Tess McGowan-Chan to melanoma at the age of 31 in 2012, founder of bakslap and sun safety advocate Raphael McGowan is organising the Melanoma March in the region again this year.

“We’re excited to bring the event to our region again and bring people together to remember loved ones and get behind the cause locally.”

The community is invited to participate in a four-kilometre walk to raise awareness of sun safety, melanoma and dangerous skin cancers.

The event supports Melanoma Institute Australia’s national fundraising campaign to raise $1 million. It’s an opportunity to inspire others, support or remember loved ones and help to find a cure for Melanoma.

The Melanoma March fundraiser will be held on March 1 at Buhk Park, Alexandra Headland at 2.30pm. Visit sunshinecoast.melanomamarch.org.au to register.

Tech generation
A milestone worth celebrating
To Top