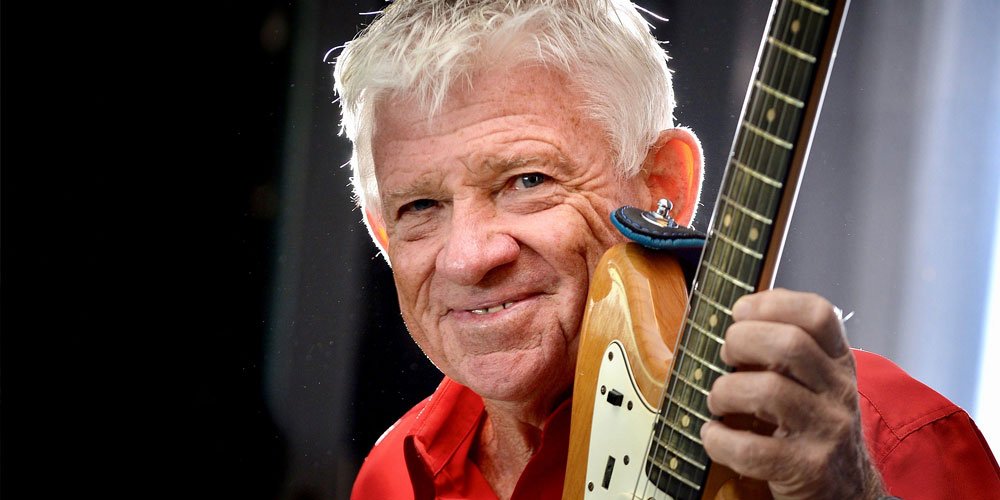 A love of music, a girl in a million and an old guitar; these were the three pillars of life for music industry stalwart Barry Bull.

But in September 2018, it all came crashing down when he suddenly and unexpectedly lost Kayleen, his wife of 52 years.

She had spent the early afternoon of September 9 greeting guests for Mr Bull’s third annual Gift of Sound fundraising concert for Hear and Say at the Mooloolaba Surf Club. After her husband took to the stage, she suffered a stroke and passed away two days later.

“When I lost Kayleen, I also lost the passion for my guitar and my desire to play music. All three of these had been vital components in my life and I was lost for a long time,” Mr Bull recalls. “I struggled to stay connected to the living world as the music within me began to fade.”

With memories swirling through his mind as he reflected on the countless experiences he had shared with his wife, whom he affectionately dubbed his “support act”, Mr Bull found narrative therapy helped him to make peace.

“The grief was overwhelming at first,” he says. “But I found as I began to write, I could be grateful for everything we shared together. I didn’t set out to write a book at first, but I began to realise this memoir was my dedication to Kayleen.”

With three books already under his belt, Unbreakabull is Mr Bull’s most intimate book to date and chronicles how the couple met in the 1960s just after Mr Bull began a career in music retailing, moonlighting as a guitarist with his band The Counts. He was connected to dozens of musical greats including Neil Diamond, Billy Joel and was instrumental in launching Meatloaf’s Bat Out of Hell tour in Australia.

He was recruited by CBS Records (now Sony Music) and rose through the ranks to become national marketing chief through the ’70s. In 1981 he acquired Toombul Music and transformed it into a multiple award-winning iconic venue that attracted the likes of Sir Cliff Richard, Michael Crawford, John Denver, Olivia Newton John, The Corrs and Ronan Keating over its illustrious 25-year history.

“Kayleen stood by me through it all. She kept the home fires burning and raised our beautiful family while I was pulling all kinds of crazy hours for CBS and when we made the leap into becoming business owners, she always backed me,” Mr Bull says.

“Finding a way back to a tolerable daily routine needed a road map that didn’t seem to exist, but I started to find my way back when I dusted off my guitar and began to share my personal stories in tribute to my beautiful wife.

“My book is for all who have loved and lost and have music in their soul. I hope it offers hope and resilience to anyone who has lost a loved one.”

Mr Bull will launch Unbreakabull at the last place he was able to enjoy his wife’s “winning smile” he so adored – the function room at the Mooloolaba Surf Club.