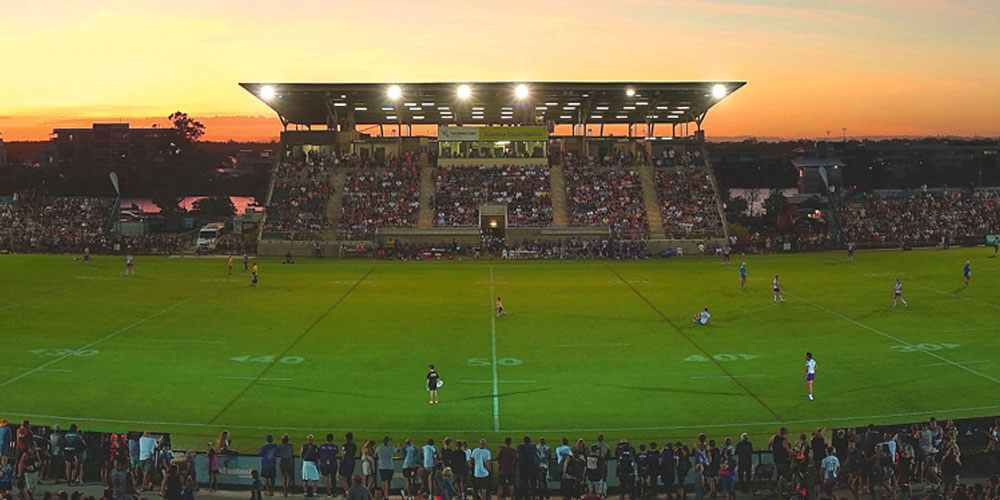 Sunshine Coast footy fans are gearing up for a triple-header unlike anything they have ever seen before – and it’s right in their own backyard.

NRL and Super Rugby fever will hit the Sunshine Coast Stadium in an exciting fortnight of action with three high-profile pre-season games bringing some of the codes’ biggest names to the region.

A Super Rugby pre-season clash between the Plus500 Brumbies and the Gallagher Chiefs will kick off the schedule on February 14, followed by two NRL pre-season trials on consecutive Saturdays – the Canterbury Bulldogs against the Canberra Raiders on February 17 and the Gold Coast Titans will play the New Zealand Warriors on February 24.

It’s the first time two NRL trials have been played in the one year on the Sunshine Coast, while the Plus500 Brumbies versus Gallagher Chiefs clash will be a star-studded affair, with both Wallabies and All Blacks representatives expected to be called up to play.

“We know the Warriors are a big drawcard and it’s the first chance we’ve had to host the Titans, Bulldogs and Raiders in our backyard,” he says.

“Super Rugby punters don’t miss out because the Plus500 Brumbies versus Gallagher Chiefs are going to be here in a full-scale hit-out for their new season. It’s the type of game that our rugby lovers will be over the moon to see right here on the Coast.”

Cr O’Pray says the six teams have confirmed they will hold fan meet and greet sessions and will visit a few schools and communities while they are in the region.

“These high-profile games will definitely boost the local economy and once again cement the Sunshine Coast Stadium as the premier venue for sporting and national events in the region,” he says.

Grab your tickets to the big games

Tickets range from $12 to $23 for general admission, $30 to $40 for grandstand tickets and $60 to $115 for family tickets (two adults and two children) with the
option for fans to grab both NRL games at a discount with the Ultimate League Legend deal.

Tickets incur a one-off transaction fee at booking and are available from sunshinecoaststadium.sunshinecoast.qld.gov.au.