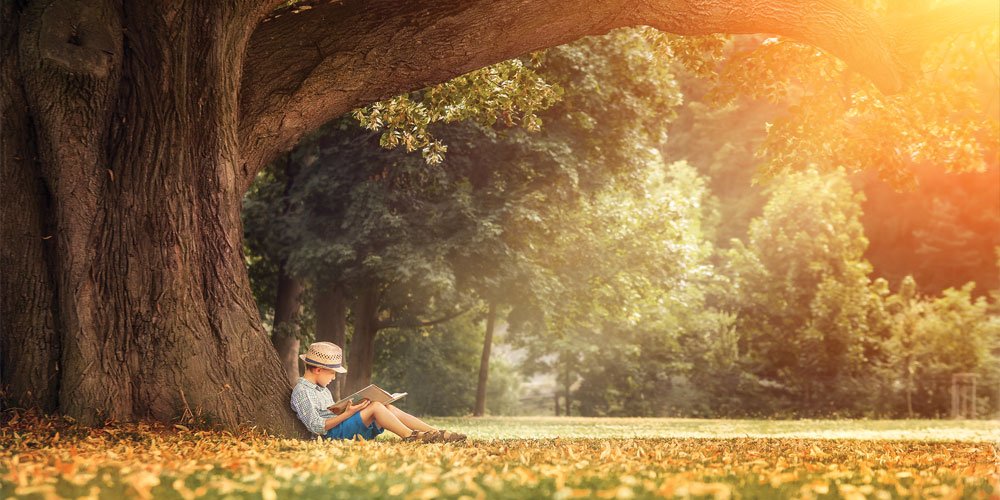 Many successful authors can trace their love of reading and writing back to their school years, when a spark was lit by a particular teacher or mentor. Caloundra author Jessica Townsend of Nevermoor fame met one of her idols, John Marsden, at a literary festival as a child and it was a defining moment in her life.

That literary festival was Voices on the Coast, where fellow Australian authors Benjamin Law and sister Michelle Law also had their passion for writing ignited. The festival is a collaboration between Immanuel Lutheran College (ILC) and the University of the Sunshine Coast (USC) and this year is its 25th anniversary. Authors from around the country are getting ready to converge to share their love for the written word with students and members of the public alike.

It’s hard to believe when the festival began in 1996, books didn’t have to compete with mobile phones and iPads for kids’ attention. And yet even today, the festival is bigger than ever. ILC librarian Kelly Dunham has been the convenor of the festival since 2006. She has seen it evolve from a small event to a significant date on the Sunshine Coast cultural calendar.

“It used to be a one-day festival with about 10 authors,” says Mrs Dunham. “Now we have up to 26 authors and 128 different talks and workshops people can come along to. We have about 4500 students coming along as well.”

Students travel from within a 200-kilometre radius to attend the festival, with busloads of kids arriving from as far as Brisbane and Hervey Bay to meet their favourite authors and attend workshops.

“I often get parents ring and say ‘my child never reads’, but they’ve been to see an author at the festival and listened to that author and that’s now the book they’re reading,” says Mrs Dunham. “Sometimes students enter our writing competition and are thrilled to have work published.”

It takes Mrs Dunham 12 months to put the festival together, relying on support from other staff members and a large volunteer base. There are dozens of workshops for students to participate in, as well as a speaking program open to the general public. Reflecting on the success of the festival even in today’s tech-heavy society, Mrs Dunham says books are still the preferred way for children to read.

“Often people say how reading is declining and it’s not really,” she says. “Yes, there are the electronic diversions but it’s fantastic to see how many kids are still reading, often a real book. They still prefer print books rather than eBooks.

“I think events like this foster a love of reading and literature in children and it opens their eyes to the world that is beyond just this little spot on the Sunshine Coast.

“These authors are real people with their own stories and meeting them encourages children to keep reading. I don’t think the authors realise the impact they have on young people when they go along to a festival like this. Connections are formed between authors and students after the events and students will reach out to authors and have a chat.

“When we select authors for the festival, we’re looking at Year four to Year 12 and the main criteria is how they engage children into literature,” says Mrs Dunham. “Often authors work on their own when they’re writing their books, but then they come out and share their ideas with everyone. It’s magic to watch that happen and it’s great to see the kids’ faces light up and realise an author is just an everyday person with stories to tell, and they can be just like them.”

Award-winning author Professor Gary Crew was a speaker at the first festival and is returning this year. The emeritus professor from the USC has enjoyed a stellar writing and teaching career, and says there are many ways young people can make money out of writing.

“If they see the school vocational councillor, they’re more likely to be told practical degrees like education are better, because they really don’t know how authors make money,” he says. “When I talk, there are so many ‘aha’ moments. It’s worthwhile having someone who has lived the life and has the credentials talking to them.

“I began the creative writing program at the University of the Sunshine Coast and I’ve been able to make a very fine living out of that. In my presentation, I’ll be looking at two mainstreams. The authorial creative mainstream, which is looking at royalties, scholarships, grants, public lending rights, film rights and speaking presentations, which many authors survive on more so than royalties.

Prof Crew has witnessed reading habits change in the 25 years since he first presented at Voices on the Coast, particularly with high school students. With nine grandchildren in high school, he is a keen observer of how much they read and what they read.

“When I was in Year 10 a million years ago, we did Wuthering Heights,” he says. “Find a teenager who has elected to read that these days. It’s changing and it’s just the way it is. There is a change in attitude towards the curriculum these days. While students love creative arts, there is not a great deal of respect for creative arts, as there is for say, maths and science. For high school students in particular, the pressure of the study does not allow for time to read at leisure and they’re also spending more time with social media.”

One of Prof Crew’s alumni is Candice Fox, who studied creative writing at USC and has gone on to become a New York Times bestselling crime writer. Now based in Sydney, she’s returning to the Sunshine Coast to appear as the keynote speaker at the festival.

“I’m going to be doing workshops teaching people everything I can about crime writing in 60 minutes,” she says. “I’ll be talking about important things like how to choose a victim, how to write crime scenes and juicy serial killer stuff. I’m trying to combat those old cliches – the misogynistic womanising drunken male as the protagonist. The genre is so much more open now; it’s ripe for young people to grow up writing different protagonists.”

An award-winning writer, Ms Fox says she wouldn’t be where she is today without the support she received from teachers and mentors at USC. “When I studied at the University of the Sunshine Coast it was the first time I was meeting actual published authors I could ask all my questions to,” she says.

“The best thing you can do for yourself is to study writing. A teacher will tell you your work sucks and they still get paid. If you give your work to a family member or friend, they’ll tell you it’s great. You need to have your work evaluated critically.

“There is no being precious with writing. I think sometimes if you join a writers’ group, there’s so much ego and so much preciousness. It’s not until you’re in a room with someone who really knows what they’re talking about that you go, okay, it’s time to learn.”

Ms Fox says Voices on the Coast is a great event for aspiring young writers or anyone who just loves to read.

“Just being in the presence of other people who have that same passion and drive you do is so inspiring,” she says. “Writing is a really isolating job. It can be very lonely when you’re trying to get published. It’s so easy to be in a room by yourself and think, this is impossible.”

Even with a six-month-old baby, there’s no slowing down for Ms Fox. She’s writing her sixth book with author James Patterson by day and when she’s up in the middle of the night with the baby, she’s turning her hand to writing a horror screenplay.

“James Patterson is a lovely man and we have an ongoing relationship now,” she says. “We’re always bouncing ideas off each other. I’m doing this one with him and then another one of my own. It’s a good job – it’s my dream job and I’ve always wanted to do it and I’m very lucky.”

Candice Fox is the keynote speaker at the Voices on the Coast Literary Breakfast on February 22 at 7.30am at Immanuel Lutheran College, Buderim. Ms Fox and Gary Crew, along with a host of other authors, will present a full program of talks and workshops from February 19 to 22.

Free family event to launch Voices on the Coast

This year, Immanuel Lutheran College is inviting the Sunshine Coast community to help launch the 25th festival at Voices 25, a fun afternoon where authors will mingle with guests. There will be book signings, roving entertainers and food trucks. The event – on Thursday February 20, 5.30pm to 7pm – is free but bookings are essential at voicesonthecoast.com.au.

Continue Reading
You may also like...
Related Topics: Featured, Voices on the Coast

It pays to be proactive
Local busking boys set for stardom