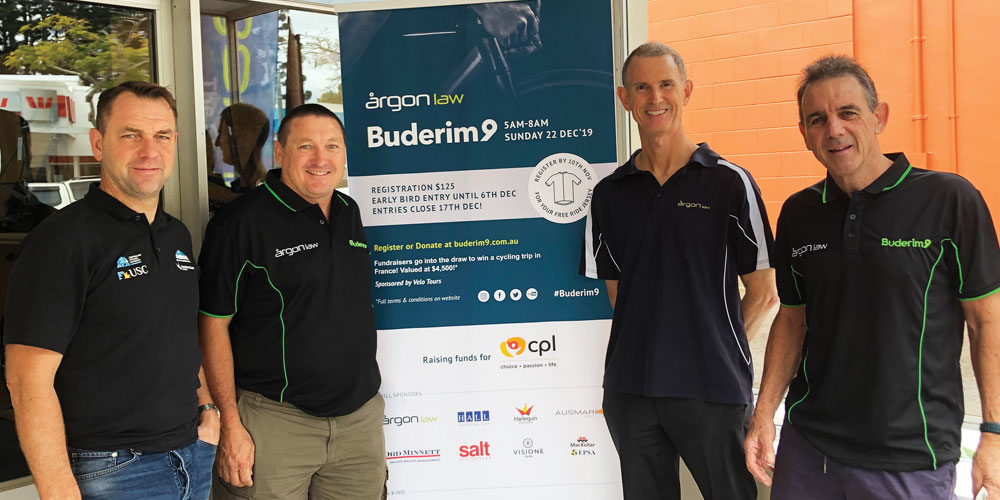 It is a challenge that puts even the most physically fit to the test, and it is back bigger than ever this year.

The challenge is an exciting annual 76-kilometre community cycling event covering nine hills around Buderim. It lasts for three hours and is held on the last Sunday every year before Christmas, which will be December 22 this year.

Last year, $20,000 was raised to support children and families in the region with cerebral palsy. Since Buderim 9 began, the event has raised more than $120,000.

This year, the event will become more inclusive than ever, with new distance categories including Buderim 3, Buderim 6 and Buderim Electric, a special category for electric bikes.

There will also be a Disability Kids Ride organised by Sunshine Coast Developmental Physiotherapy in the Buderim Wanderers Football Club. The kids’ cycling machines will be in action while the main riders navigate the hilly terrain on the official route.

Event visionary and manager Greg Paix, whose son Josh has cerebral palsy, is delighted with the event’s continued growth and success.

“Every day, people living with cerebral palsy face their own, very difficult challenge. Participants in the Buderim 9 Challenge ride acknowledge this adversity by challenging themselves to tackle one, five or nine hills. It’s tough! But they get over it for a great cause,” he says.

“Buderim 9 has more than 20 financial and in-kind supporters, without which the event could not happen. This year we are fortunate to have Velo Tours donate an amazing cycling adventure in France worth $4500, reason enough to get involved.”

The annual charity ride, which is presented by the Sunshine Coast Cycling Club, CPL and principal sponsor Argon Law, with support from My Weekly Preview, continues to grow as the Sunshine Coast community and local businesses renew their support of this worthwhile event.

Argon Law has had a seven-year association with the Buderim 9 Challenge and Argon Law director John Gallagher says the event is a “fabulous example of individuals within our community and local businesses coming together for a common cause, a bit of fun and personal challenge.

“In addition, funds raised by the ride go directly to children and families on the Sunshine Coast living with cerebral palsy providing useful equipment and meaningful experiences, such as iPads, safety aids and family days out,” he says.

Continue Reading
You may also like...
Related Topics: Buderim 9 Challenge

Remembering Lisa
Grab your ticket for a fun fashion event