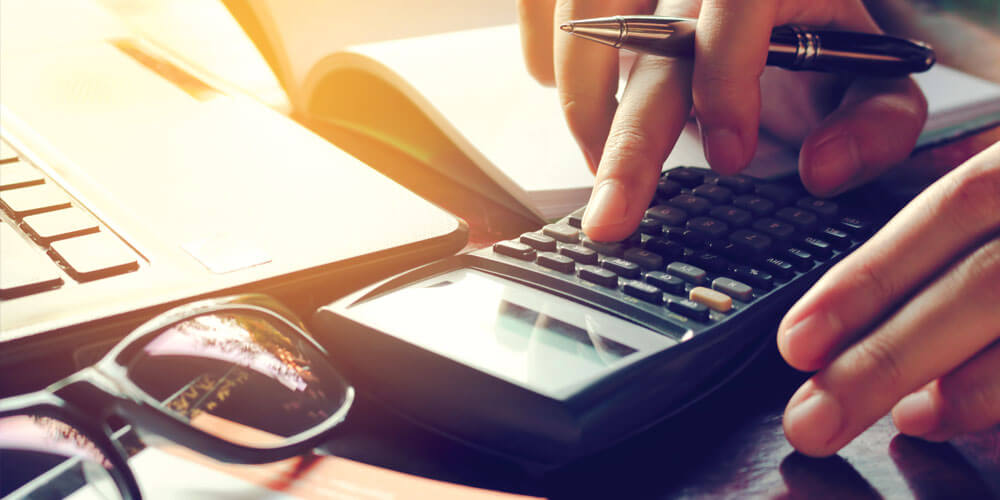 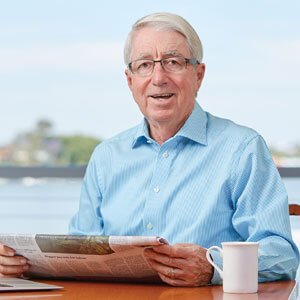 Noel Whittaker is one of the world’s foremost authorities on personal finance and has written 20 books. He is currently an adjunct professor and executive-in-residence with the Queensland University of Technology, as well as a committee member advising the Australian Securities and Investment Commission. He lives in Brisbane and has a house at Sunshine Beach.

“It’s a bit like making a will, you can always leave it one more day,” Mr Whittaker says. “You need to know the importance of it. I’ve got a checklist I give out to people. I say you need a mate. It might be your partner and if you haven’t got a partner, it might be your parents, brother or kids.

“It’s a bit like going for a jog. It’s easier if it’s two people together. You say I’m going to meet you at six and we’ll go for a walk. The first day of the month you say, let’s sit down and look at the budget. It’s easy once you start.”

Mr Whittaker says Christmas is a dangerous period, a time when many people spend money they don’t have.

“Afterpay terrifies me,” he says. “With Afterpay and credit cards, you always spend more than you think you will. If you can’t afford it today, how are you going to afford it in a month’s time when all the school fees arrive?

“If you’ve got a credit card debt, you’ve got a problem. If you can’t pay back your credit card debt, you’re spending more than you are earning. It’s only going to get worse. The whole thing about credit cards is it’s not so much that you buy what you don’t need, but that you don’t realise how quickly the debt is growing. Every time I get the statement, the balance is always far more than I thought it was going to be.”

He doesn’t go as far as the ‘Barefoot Investor’ Scott Pape, who shuns credit cards completely. Mr Whittaker says that’s just not realistic. He does, however, advise using debit cards instead of credit cards where possible.

Mr Whittaker says no one is born being a good budgeter and it’s a skill everyone can learn.

When it comes to sticking to a budget, Mr Whittaker says it all comes down  to discipline.

“You’ve got to say, that’s it. Most people are in a relationship and you need to discuss it with your partner in a sensible way.

“It’s a matter of getting into the habit. The hardest thing is to start and then it’s lack of routine that kills it.

“I’m fine till we go on holidays. Twice a week we go to Pilates – without fail. But if I’m away, it’s a bit hard to find somewhere to do it so I don’t. It’s the same with budgeting.”

For those on variable incomes, Mr Whittaker suggest budgeting around your lowest pay week or month, so that any more than that will be a bonus.

And when it comes to budgeting apps, he says any tool is great if it works. “But again, most people don’t bloody well do them.” 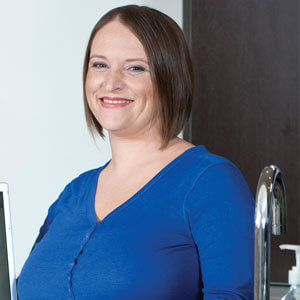 Fiona Lippey is the founder of the Simple Savings website, which has been running for 16 years. She lives at Buderim in the “worst house in the best street” with her husband, four children and four dogs.

Fiona Lippey is not your average money guru or finance expert. She’s a Buderim mother of four who began her website to help other women like herself budget and save money. It has become a huge success and she now has 18,000 money saving tips on her website and a large following.

Mrs Lippey studied industrial design at university because she wanted to design children’s toys, but during the course of her degree, realised she faced a moral dilemma.

“There is something called designed obsolescence, where all our objects are designed to break outside the warranty period. I didn’t want to be in an industry where I was manipulating people, making their lives harder.

“When I had my first child, I watched mothers be manipulated into buying things they didn’t need. Because I knew how to do it, I thought no, this isn’t good enough. So I started helping mums realise they had more choices.”

Mrs Lippey says people are manipulated into overspending at Christmas time and wants to help them wake up.

“Last year at Kmart, a couple of days before Christmas, half the shelves were empty. It looked like there had been a cyclone. People are so desperate and frenetic. Humans are herd animals and the idea of the Boxing Day sales is to whip people into a frenzy, make them irrational and vulnerable. Marketers go, ‘dumb, dumb, dumb’. The goal is to get people to drop their barriers. It’s amazing the extent to which that works.”

“January and February are always difficult months,” she says. “You’ve got to plan ahead, because you know these months are difficult. We have a no-spending challenge, which is where you cut out all the non-essential spending for a month. If families are on two incomes, they can save one income.”

She says non-essentials are prepackaged food, chocolate, wine, new clothes, toys, movie tickets and beauty products, unless you need them to earn an income.

“Even meat is questionable at the moment because it’s so expensive,” she says. “There are many tricks to make vegetarian meals taste good. It essentially comes down to adding more fat. Legumes can be satisfying if you add more fat.”

She draws the line at asking people to give up coffee, however.

“Coffee is an addiction,” she says. “If you try to get rid of your addictions on a no-spend month, then you destroy the entire month. Maybe this time you can do the month without stopping coffee. When people stop coffee they’re not very nice to be around. Keep the coffee, but be more organised and bring it from home.

“I advise people to stop, think and save. Stop and think about every purchase, do your research, put as many barriers between you and making a purchase as possible. Ask yourself: What will I gain? What will I lose? Do I have the cash? Is there a better way or a smarter way? Delay, delay, delay. How low  can you go?”

Asked whether this isn’t a little on the penny-pinching side, Mrs Lippey says she’d rather call it smart shopping.

“If you aren’t clever, they will take your money from you. There are marketers out there with multimillion-dollar budgets. You have to protect yourself.”

In her own life, Mrs Lippey follows a ‘no budget budget’, which means she spends as little as possible at all times. Her husband keeps the family budget on a spreadsheet and she does her bit by keeping the expenses down.

She avoids credit cards and Afterpay.

“They’re traps,” she says. “Fool’s gold. If you don’t have the money to pay for it, you cannot afford it. It’s as simple as that. There’s no magical time when you’re going to have twice as much money as you do now.”

She acknowledges that many people use credit cards as a safety net and suggests this trick if you really can’t bear to part with yours – put it into an empty plastic container, fill it with water and freeze it. When you want to use it, you’ll have to wait for it to defrost, which may give you the time you need to avoid an impulse purchase.

Another trick is to wrap it in a ball of wool, which makes it harder to get at when you spot a fabulous pair of shoes you just have to have.

“If you are going to have a spare credit card, make sure it’s not in your wallet,” she says. “If it’s an emergency card only, it has to be hard to get at.”

To keep you on track with your budget, Mrs Lippey recommends using apps like You Need a Budget and is now developing her own budgeting app, which she hopes to release next year.

“Only do one thing at a time and keep it small, keep it simple,” she says. “Don’t try to do everything. You don’t have to do it all in a month. We used to have a 12-month challenge and the job was to change one wasteful habit a month, like buying bottled water. Set up memory triggers to say, ‘hey, take your water bottle with you’. Put memory triggers in your wallet to remind you to stop, think and save when you’re out. You need a barrier between you and the marketer.”

When considering why many of us  are so bad at budgeting, she echoes Noel Whittaker’s words: “The biggest mistake people make with budgeting is hiding from it. Pretending it will all go away or it will take care of itself if you don’t make a plan. A fool and his money are easily parted. You have to take charge of it.”

Mr Pape says he’s never been able to stick to a budget and that for most people, they don’t work. He believes budgets set you up to fail.

His method of attaining financial freedom is radically different to most out there and with more than a million copies of his first book sold, it has struck a chord with Australians and seen the rebellious young maverick featured in The New York Times.

In his recent book The Barefoot Investor for Families, he says there are only 10 things kids need to know about money and you can teach it to them over dinner, once a week.

Central to Mr Pape’s money plan – which he says you can write in 10 minutes on a restaurant serviette – is his strategy of opening four online, interest free bank accounts and giving each one a name.

With his first book having sold 1.3 million copies, breaking every nonfiction publishing record in Australia, he may be onto something.

10 simple ways to save money

Continue Reading
You may also like...
Related Topics: Budget, Finance