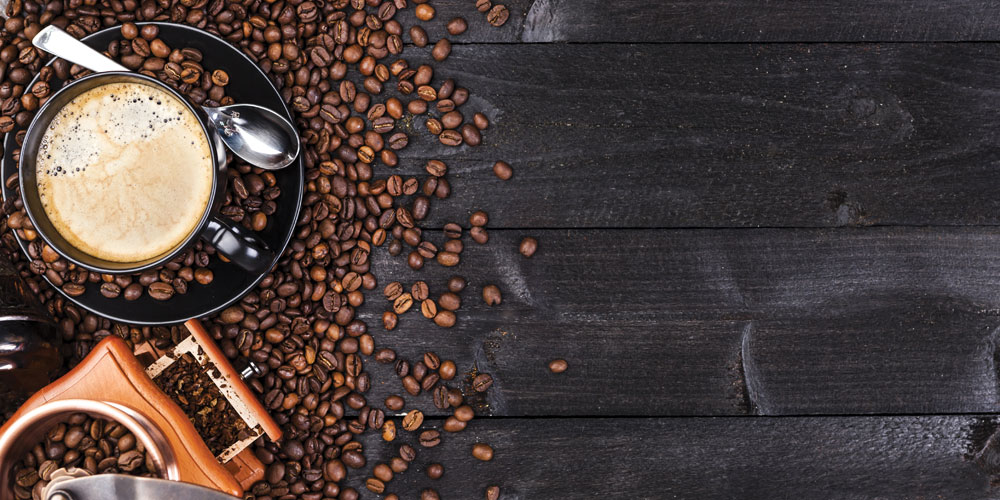 It’s no secret that Sunshine Coast coffee enthusiasts celebrate the coffee bean and the talented roasters and baristas who create unique spaces for people to experience the art of coffee.

After all, coffee plays a large role in our economy. The 2019 IBISWorld Cafes and Coffee Shops – Australia Market Research Report shows the nation’s 20,781 cafes and coffee shops are thriving, injecting a staggering $9.9 billion into the economy.

Interestingly, 95 per cent of the industry is made up of small, independent cafes. Our coffee culture is so refined that large chains like Starbucks quickly learn that Australians won’t compromise on quality.

The American juggernaut opened 84 stores across the country in 2000 and within eight years had shut down 61 as consumers went back to frequenting smaller cafes. However, national coffee consumption has grown rapidly. We now sit in 42nd place for coffee consumption worldwide.

McCrindle Research shows three in four Australians enjoy at least one cup of coffee each day. We can thank the arrival of Italian and Greek immigrants after WWII for introducing coffee to the country. The quality espresso coffee culture took root in Australia in the 1950s and expanded significantly in the late 1980s until we found the gold standard we have embraced on the Coast today. 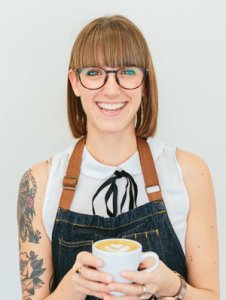 (photo by Bliss Photography by Leah)

Tilly Sproule of Tim Adams Specialty Coffee is a talent to watch.

The Sunshine Coast barista has won the 8th Fushan Cup International Barista Championship in China, beating 22 baristas from around the world at the exclusive invitation-only event.

Her competition routine focused on terroir, which is the combination of variables that influence a coffee’s character and complexity. This can be anything from the growing conditions such as climate, soil and altitude of the farm or region, to the variety of coffee and processing techniques.

Ms Sproule worked with Jamison Savage, a producer from Morgan Estate in Panama, to showcase a geisha (a superior variety of coffee) that was processed using a new and innovative technique known as whole cherry carbonic maceration. This is where whole coffee cherries are fermented in a closed oxygen-free chamber, in Ms Sproule’s case, for 36 hours.

The routine was an extension of what she presented at the 2019 Australian Specialty Coffee Association National Barista Championship in February, where she came in fifth place.

Ms Sproule combined this process with a unique blend of milk from grass-fed Guernsey and grain-fed Friesian cows that she had spent six months perfecting, and her signature drink was a show-stopper, combining all of these techniques along with freeze distillation of her milk to achieve a melted ice-cream quality.

“Knowing I was travelling to China, I wanted to work with a local fruit to bring connection between terroir of where we were and flavour,” she says.

“I decided on papaya and reduced it down into a syrup with my cascara [coffee cherry skins] fermentation to create a syrup which had flavour qualities like peach and cacao.” 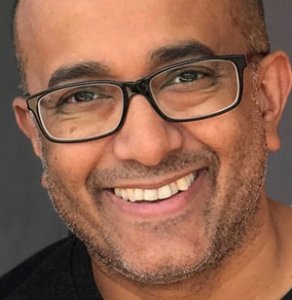 Before launching Bare Coffee in 2013, Michael Datta was a consultant to cafe owners who were starting up their businesses on the Sunshine Coast and he saw most cafes were buying roasted beans from Melbourne, Sydney or Italy.

“I felt very strongly about showing local cafes and coffee lovers we could easily match and surpass the perceived quality that the above-mentioned cities/countries could deliver,” he says.

“We too could source the highest-rated beans from the world’s most awarded green bean farmers, therefore create and craft outstanding roasted coffee. So we did.”

Through Bare Coffee, Mr Datta and his team work with roasters in New South Wales, Victoria, New Zealand, the US and soon China, sharing their knowledge and skill of creating and crafting coffee flavours.

“Gone are the days of just pouring a flat white (which is still very good),” he says. “People now travel across Australia and the globe to see and taste new styles of coffee drinks every day.

“Coffee lovers know what they like and don’t like. They want to know where the green beans that are roasted to make their cup of coffee comes from. It’s a wonderful industry in which knowledge can be shared with those who love their coffee. People care and really want to know.”

“It’s an enabler, bringing people together and giving locals and visitors to the Sunshine Coast a place to meet. The start-up and small business community rely on coffee shops every day, as do the owners of these coffee shops,” he says.

“The local coffee industry is a fantastic employer of all ages,” he adds. “Over the past few years, the Coast has become recognised as a quality coffee location on the Australian cafe and roaster scene.”

Mr Datta says the local coffee movement has been growing consistently during the past 10 years. “I see the industry growing as is for the next 10 or more years.

“Here in Australia, the next generation of cafe owners, baristas, suppliers, roasters will keep innovating and growing. The future is outstanding.” 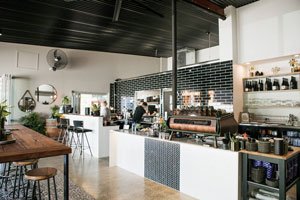 Former pastry chef Craig Davis first launched himself into the coffee game in 2005, when he bought Sunshine Coffee in Maroochydore
to distribute coffee for other brands. He purchased Vincenza Coffee from the Parkin family a decade later.

Mr Davis created Maroochydore’s The Concept in order to establish a new Vincenza Coffee HQ and strengthen knowledge of the Coast origins of the nationally renowned brand. The Concept houses the Vincenza roastery, the Sunshine Coast Barista Training School and the Riba Kai cafe, which serves Vincenza coffee with paired meal options.

With a strong customer base across the Eastern seaboard of Australia, the Vincenza roastery prepares up to 1.2 tonnes of beans for distribution each week to more than 60 cafes throughout Queensland and New South Wales.

Mr Davis says his passion lies in educating baristas because while he has “never had a bad-tasting coffee, I’ve definitely had a badly made coffee”.

“We train at least 15 to 20 people each week in our onsite education hub and baristas learn everything from which farmers we source green beans from through to our roasting process and then different brewing methods to get the best results from their beans,” he says.

With customers becoming more curious about where their coffee comes from, Mr Davis says cafe owners and baristas who know their stuff become fast favourites with coffee aficionados.

“When I got into coffee 15 years ago, it was a matter of just dropping the coffee off to cafes, but now it’s important to know every step the beans go through to reach the coffee drinker at the end of the chain,” he says.

“There is a social aspect to drinking coffee and going to a cafe is about the full experience. Baristas know that. It’s their theatre and they can showcase their skills.”

Baristas are highly trained and their ability to create latte art is not only a mark
of flair, but is also an indication of their technique level because it is impossible if the milk isn’t exactly the right consistency and the correct temperature.

Mr Davis travels the country extensively, experiencing cafe culture wherever he goes, and while he admits he “might be biased”, he believes the Coast has “by far the best hit and miss rate” when it comes to coffee. “If I walk down a street in Melbourne or Sydney and get a coffee at the first place I walk into, I
can guarantee you it’s going to be bloody ordinary. You have to research where the best places to go are. But on the Coast, you get a very good product every time,” he says.

The Coffee Roaster’s Guild was the first of its kind in Australia. Launched in 2015 at the Maleny Real Food Festival, it showcased the outstanding quality of locally roasted coffee. Last year the guild released an interactive coffee trail map, which lists the 60 venues across the region that make coffee with beans from their roasteries.

Check it out at thecoffeetrail.com.au.

My Weekly Preview has created a Sunshine Coast Coffee Roaster’s Guild trail, so coffee enthusiasts can check out the HQs of these innovative businesses.

Innovation is the key for award-winning barista Tim Adams. His Nurse blend tastes like hokey pokey ice-cream and macadamia when brewed with milk. If served black, it takes on a peach taste with sparkling acidity and cocoa notes.

Try the Colombian supremo Pennsylvania specialty single origin, which hails from the coffee triangle region that produces some of the world’s best coffee. This bean provides tones of sweet citrus through to a silky vanilla and toffee finish.

The Colombian Coffee Co is a modern independent coffee shop and artisanal roasting house and its iced long black (pictured) is one of the ways it steps outside the square to offer coffee enthusiasts new taste sensations.

Pioneer Coffee Roastery believes in quality, sustainability and building strong relationships, which ensures it sources as many of its products as possible from local producers.

Balmoral Road, Montville for wholesale roastery or visit the café at The Big Pineapple.

With the help of a passionate team, owner and operator Ben West has spent the past 15 years planning the best coffee experience possible and the combined roastery and cafe in Doonan gets you close to the action.

Continue Reading
You may also like...
Related Topics: coffee, Food