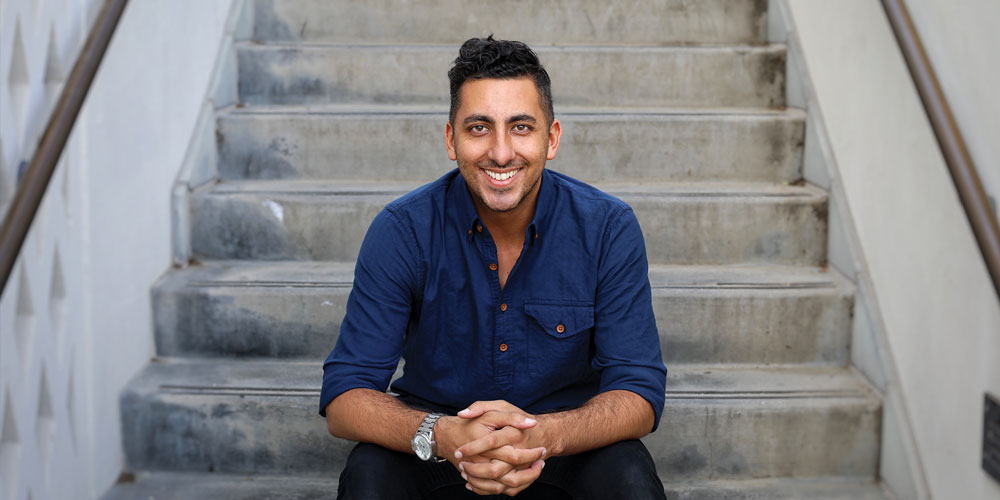 Mr Webb was inspired to create the calendar, which raises awareness of men’s mental health and is a fundraiser for Beyond Blue, after hearing more about his mate Matty Ancrum’s struggle with mental health.

“We exchanged stories where Matty opened up to me about his personal experience and I spoke to him about the mental health struggles I went through after losing my dad five years ago,” Mr Webb says.

“It became clear that we could help so many men on the Coast and beyond by creating something that empowered men to speak up and seek help.

“When we put it out there, we had dozens of men apply to be photographed in just a week. There were so many tradies who had their own stories to share, or who had lost friends or family members through mental health issues.

“They are real, everyday men who were prepared to put their face to this incredible cause.”

Australian men make up an average six out of the eight suicides every day. The number of men who die by suicide in Australia every year is nearly double the national road toll.

The call is out for Sunshine Coast tradesmen who want to be photographed to appear in the 2020 Breaking the Stigma calendar, which will be released in early October.

Anyone wanting to put their names forward have until September 16 to do so. Mr Webb says he is looking forward to getting to know the next 12 inspiring men and shooting them in the same black-and-white style that made the first calendar so striking.

“I wanted to create something tasteful and chic that portrayed the men as they are,” he says.

“I spend time getting to know them and their stories before they get in front of the camera and I can then incorporate one of their favourite quotes or sayings on their page to inspire others.

“It’s crisp, powerful and raw and we’ll be looking to recreate that again this year with new faces.”

To find out more about how to nominate yourself or someone you know, visit breakingthestigma.com.au.

Continue Reading
You may also like...
Related Topics: Charity, Featured

Best laid plans promise a bright future
Climb for a cause