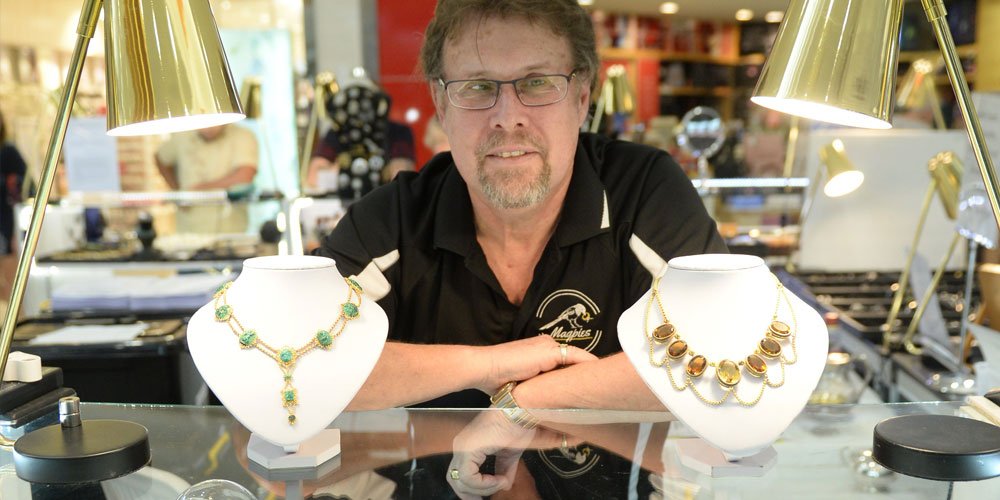 It’s time bring out the family jewels because the largest buyer and seller of estate gold and silver jewellery in Australia is coming to town.

Richard Macdonald, of The Unique Jewellery Co and author of Selling Collectables Made Easy is also ready to give free market appraisals of jewellery, all things gold and silver, watches, all coins and banknotes, stamps, medals and military items as he sets up.

Recycling is close to Richard’s heart and all items sold to him, broken or not, are lovingly restored and then reappear ‘born anew’, looking for a new loving owner. To this end, Mr Mcdonald says his shop has a seemingly insatiable appetite for broken gold, including yellow and white gold.

“There is not a single piece of gold we refuse to buy, including old gold nuggets, old wedding and dress rings, single earrings, broken chains and even old gold teeth and fillings, and we are paying top dollar to get it,” he says.

Mr Macdonald’s many stories include one about a woman from Brisbane who said she was daughter of a Spanish princess. She handed him two of her mother’s old necklaces.

“When she died, her daughter got all of her jewellery and other belongings.  This lady had shown other people the necklaces but decided we were the ones to sell them to because she knew we would look after them. She said, ‘I don’t need the money; I’m fed up with talking about how my mum was a princess and just want to move on. We’re in a different country.’ I’m happy she wanted to pass it on to me. I’m delighted to own it.”