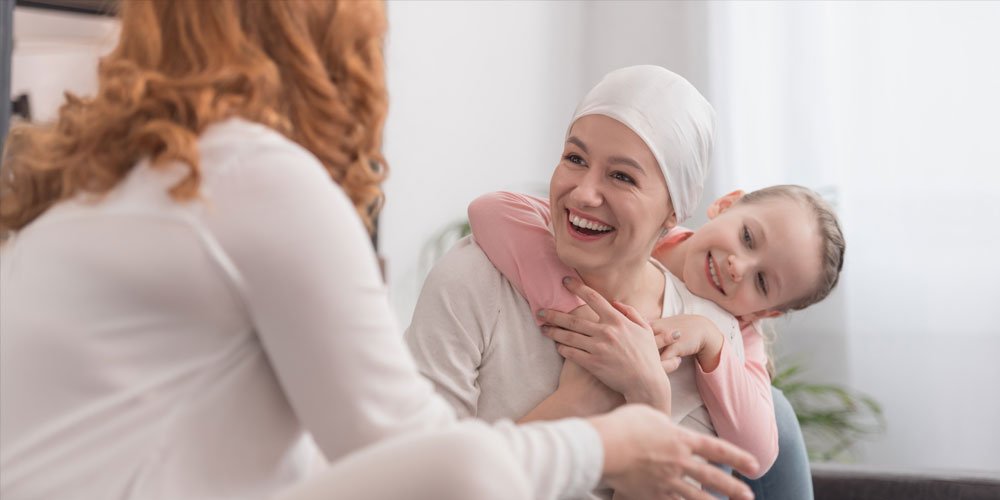 The Sunshine Coast community has dug deep, helping a local charity raise more than $100,000 for its biggest annual campaign.

Be There for Bloomhill, which ran across June, has generated $135,256 for Bloomhill Cancer Care thanks to the generosity of local businesses, sponsors and residents. The charity provides care, and emotional and physical support for people who are living with cancer and their families.

Bloomhill Cancer Care CEO Christopher John says the charity has been blown away by the support.

“We have been completely overwhelmed at the community support for our Be There for Bloomhill campaign in June,” Mr John says.

“We would like to sincerely thank every single person that contributed to this incredible amount of funds raised.

“From local businesses that have fundraised for us, to those that attended or supported Raelene Boyle’s 70th birthday and those that made a donation straight to our appeal – you have all made a difference.

“What an incredible achievement together we have reached to ensure we can provide personalised support to those touched by cancer.”

As part of the campaign, three locals affected by cancer shared their emotional stories, including Joe Surace who was diagnosed with a rare form of the disease.

“When I was diagnosed seven years ago with cancer I was only 40 years old, and by all accounts, was nearly dead,” he says.

“It was May 2014 and my organs were in shutdown because the rare cancer I had carried since birth had been so good at hiding, it was very advanced when it was spotted.

“I had been unwell since getting glandular fever in 2012; I just kept getting sick and needing time off work. Then I had back pain that got so bad it kept me awake at night, in tears, and I was a zombie in the day.”

Eventually, Mr Surace was diagnosed with embryonic germ cell metastatic carcinoma, a rare cancer that formed when he was an embryo.

“It turns out it was cancer that started in my right testicle, spread through my lymph nodes and took over most of my liver,” he says.

“When I was diagnosed, there was a 70 per cent chance chemotherapy would kill me.

“I needed surgery straight away, but my body wouldn’t have coped, so I went straight into an aggressive chemo treatment.

“It was so risky they started me in the intensive care unit. I spent 133 days in a row in a hospital bed.”

Remarkably Mr Surace pulled through and after surgery in 2015 to remove his lymph nodes and a testicle, he has been cancer free for five years.

He has since used Bloomhill’s services and recently joined Bloomhill staff as events lead, but it was serendipitous how Mr Surace found Bloomhill in the first place.

He was asked for input on the new oncology unit at Sunshine Coast University Hospital based on his time at Nambour General Hospital, and the session was held at Bloomhill’s Buderim property.

“I really wanted to know more about what it did, and soon I was going there often,” he says.

“I got massage, acupuncture, yoga once a week. I had counselling. I learned about so many things through the workshops they held.

“I was still really weak. I needed help getting down the few stairs, and a chair at yoga. A huge turning point in my rehabilitation was seeing the exercise physiologist.

“After about six months I noticed a big difference, and I kept on with it for about two years.”

Mr Surace says he is also grateful to the help that was extended to his wife, who also received counselling and massages.

Continue Reading
You may also like...
Related Topics: Bloomhill, Charity

A close shave for charity
Mingle with the Mayor Ball