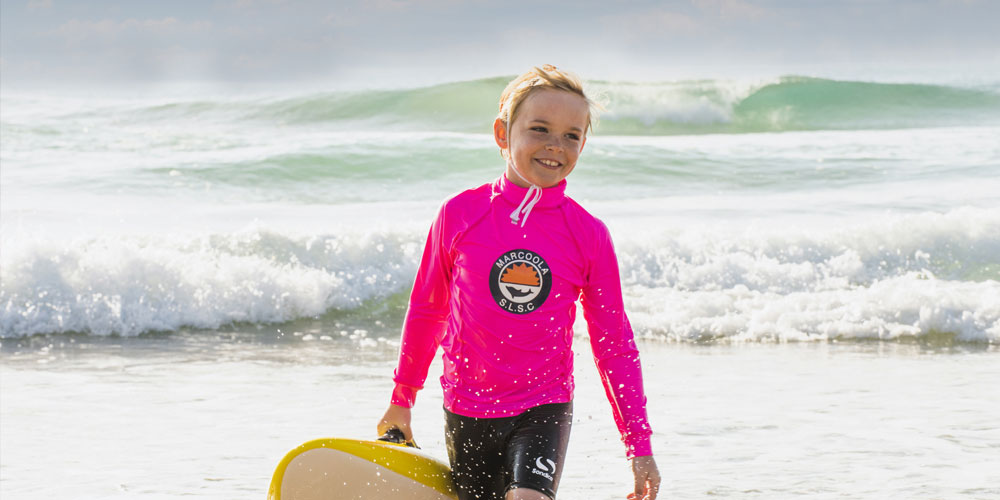 The white sand is so hot it makes your feet fly off the ground. In fact, you wish you could fly, because on a Queensland summer day, all you want to do is jump into the cool, cold Pacific Ocean as fast as possible. The early morning sky is aqua blue, sun rays are as enveloping as a wetsuit and there’s nothing but good sensations as you wash into the first wave of the day. Your body is tingling with exhilaration and you wouldn’t be dead for quids.

But you could be, because this magnificent ocean has its own ways and agendas. If you’re in the right place at the right time, it will be good to you. But if the good feeling emboldens you to push deeper, paddle out further, put your feet on a far-reaching sandbank, urges you out of the flags away from the lifesavers’ eyes, then you’re risking your life.

Sixty-year-old Marcoola Surf Life Saving Club life member Dave McLean has been a lifesaver since he was 14 years old. Over that period, he has completed some 50 rescues and 20 resuscitations.

Referring to the resuscitations, he says: “Not all of them worked. There have been some tragic accidents. Some that have been completely avoidable if warnings had been heeded and others are just, well, horrific accidents.

“Remember drowning doesn’t happen between the flags,” he cautions.

As an active patrol member, Mr McLean is up for patrol duty every third week. On those weekends, along with other team members, he wakes at the crack of dawn to ensure he arrives 15 minutes early for the shift. Before arriving, the crew, all proudly decked out in their yellow and red uniforms, have already checked the weather/swell forecast and considered how many patrol members may be adequate. They have confirmed the minimum requirement of three bronze medallion holders has been met.

Dressed for sun protection with straw hats, sunscreen and sunnies, they assess surf conditions and risk levels and determine flag locations (or beach closures). There’s a briefing with patrol members and the patrol roster (tower, flags and roving) is sorted. All members know their role, equipment is in place and they’re ready to guard the swimmers.

This discipline and training is serious. Lives depend on it. But there is another side.

“Hanging out with your kids – that’s one of the great things about surf lifesaving,” Marcoola club general manager and active member Drew Palmer says.

“There aren’t too many sports where you are side by side with your kids – my son is now my patrol captain,” he adds.

Mr Palmer has been part of the club for eight years and for the past 12 months has been the general manager. Like many of the club’s members and friends, he is ecstatic about the club’s recent awards. 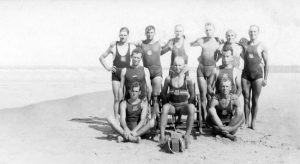 “First, we gained the Club of the Year award against 13 other clubs [from the Redcliffe to Rainbow Beach region],” he says.

“We then went against six regions to win Queensland Club of the Year award.”

Although the club didn’t win the Australian title, there was plenty to celebrate at a recent club cocktail party. More than 150 people attended the event and Mr Palmer describes the atmosphere as fantastic and relaxed.

It was in 1972 that Mr McLean came to the fledging club and also found something so ‘fantastic’ there that he has never left.

But he does recall the club consisting of ‘one old fibro shack’. “It had three rooms – one for equipment, one for gear storage and the other was the bunkhouse. It had accommodation for about 24 there,” he says.

“There were no toilets, you had to go up the road to use the public toilets.”

In those days, three patrol shifts were required for three hours each on weekends.

“You could do one on a Saturday and two on a Sunday,” he recalls.

Mr McLean mentions the drownings in 1996 and a double fatality in 1999 and says witnessing life and death events is life changing. “From free and fun loving, it becomes very serious, and you realise how you can really make a difference.”

He has never regretted being among the 12 people who put their names down as guarantors for a loan to support the first major clubhouse extension in 1993.

“It was big thing at the time,” he says. “We could have lost our houses, everything.”

But history shows the right choices were made and 30 years later the club has grown from strength to strength. It now has 650 members including volunteers and nippers and is currently gearing up for the 2021/22 patrol season.

Early lifesavers of the Sunshine Coast

Basilus and Anna Suosaari migrated to Queensland from Finland in 1912, settling in the Bli Bli area in 1916. The following year, Basilus selected property on the northern side of Petrie Creek.

Tom Prentis fought in France with the 9th Infantry Battalion during 1918. The battle-weary veteran arrived home more than 11 months after the Armistice. He was the most significant veteran in the district to change his dungarees for a bathing suit. In the summer of 1920-21,
he walked for many weeks through the farming communities of Bli Bli, Maroochy River and Rosemount looking for members to revive the fortunes of his beloved surf life saving club.

The five Suosaari sons – Axel, Sandy, Joe, Jack and Vic – all became members of the Maroochydore Surf Life Saving Club. Axel joined during the 1919-20 season and became the 100-yard Australian freestyle champion in 1929 and 1930, and was reputedly the best surf swimmer in the world at that time.

Club members did not have the luxury of training in a swimming pool and instead would train in Petrie Creek as they ferried sugar cane up and down the waterway with one driving the punt as the other swam alongside. Young Joe held the 400-yard breaststroke Australian record for many years.

Finland wanted the brothers to represent their country of birth in the 1928 Olympic Games but they both refused, hoping to wear the green and gold of their adopted country. Both of these men have been inducted into the Sunshine Coast Sports Hall of Fame.

The first wooden surfboat north of Brisbane, known as The Spray, was officially launched on December 27, 1930 at Mooloolaba Beach. Constructed by local boat builders, the Kuskopf brothers of Buderim, this heavy wooden boat took about eight strong men to move. It was modern for the time. Crowds numbering upwards of 1000 people were on Mooloolaba Beach when the surf lifeboat, which a few days previously had been handed over to the Mooloolaba Life Saving Club, was officially christened The Spray.

The key signs to look for when spotting a rip are:

Sometimes it can be easier to look for where the waves are breaking consistently, and then look to each side where they don’t break consistently. Those areas are rip currents.

How to survive a rip:

If you’re caught in a rip current, the most important thing is to conserve your energy. Consider these options:

Who are surf lifesavers?

Surf lifesavers are volunteers who have qualified for the surf bronze medallion. They patrol the beach on weekends and public holidays. Lifeguards are employed by local councils to patrol the busier beaches. Surf lifesavers had to qualify for the Royal Life Saving Society’s proficiency certificate or bronze medallion until the Surf Bathing Association introduced the surf bronze medallion. Today anyone over the age of 15 can qualify as a surf lifesaver. First you must pass a series of tests including a first aid exam and a simulated rescue. You must also complete a 200-metre run, a 200-metre swim then another 200-metre run in less than eight minutes.

Our jobs of the future
Toy retailer celebrates anniversary