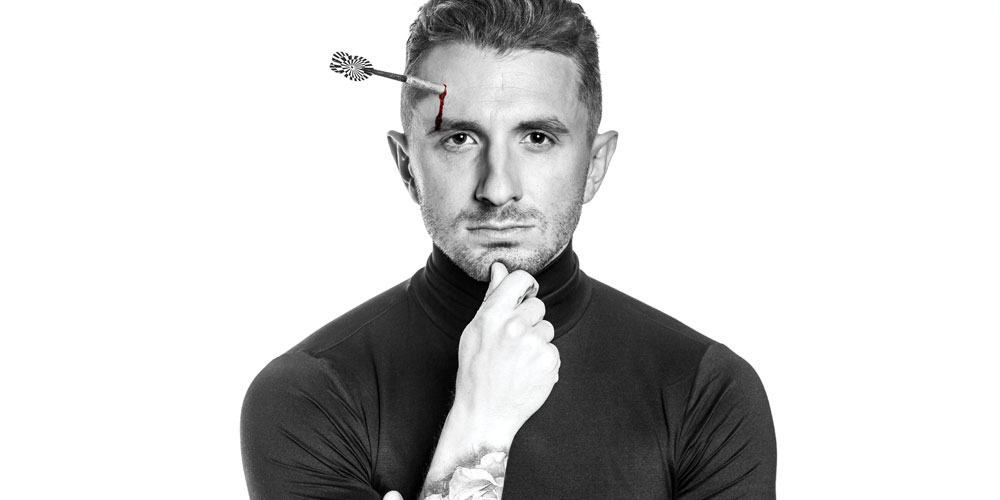 Tommy Little can’t wait to ditch the freezing Sydney temperatures for some sunshine when he comes to the Coast as part of this year’s Horizon Festival.

The comedian, one-half of radio’s Carrie & Tommy show and The Project fill-in host says he is particularly keen to get in front of a Sunshine Coast crowd.

“I’ve finally got enough of a profile to get some big crowds while touring regional areas,” he say.

“I’m stoked to get away from the inner-city arts festivals to see real people who are genuinely up for a good time.

“My family are all from the country and I feel like audiences in regional areas are a bit more aware that it took you a while to get there and they give less f***s, which is right up my alley.”

Mr Little’s latest show, Self-Diagnosed Genius, is a satirical look at whether some of his more unusual accomplishments – namely bungee jumping nude on live TV and signing up to run one of the toughest marathons in the world, in minus 20-degree weather in Antarctica, with no previous experience or training – are the acts of an idiot or a pure genius.

“It’s just a fun hour where you don’t learn anything. A lot of comedians tell people how to live their lives, but if you are going to a comedy show to get life lessons then you’ve already lost in life,” he quips.

“This is an opportunity to forget all the s**t you’ve got going on in your life and have a laugh, with me or at me, and have a good time.”

Having become a household name on national radio and TV, Mr Little insists that, “stand-up is my love”.

“While people keep employing me to do other things, I’ll do them and love doing them as well, but stand-up’s my first love.

“There’s nothing quite like a live audience,” he says.

“Comedy was kind of a natural fit for me,” he adds. “I was always described as a bit of an over-excitable d***head and comedy is great when you fail at all other job prospects in life.

“Nobody does comedy out of choice; it’s a last resort.”

For the past few years, Tommy has been the host of the Just for Laughs stand-up series from the Sydney Opera House, filmed for the Comedy Channel in Australia, and regularly sells out his live shows across the country.

He hosted the Comedy Channel’s Whose Line is It Anyway? Australia and whatever the medium, Tommy is smart, engaging and holds the audience in the palm of his hand.

See Tommy Little’s Self-Diagnosed Genius at The Shed on August 24 at 7pm. Tickets are available at horizonfestival.com.au.

The 2019 Horizon Festival is set to take over the Sunshine Coast from August 23 to September 1 in a celebration of visual art, music, words and ideas, art, tech, film and much more, with more than 100 events and performances on offer.

With a program that stretches from the hinterland to the headlands and beaches, the festival will also take over the emerging Maroochydore City Centre, transforming the space to the thriving creative Horizon hub.

Festival Central, which is located on the corner of First Avenue and South Sea Islander Way, invites you into the Coast’s future city to explore and enjoy parts of the 10-day program of free entertainment including Stalker Theatre’s Mountain, a stunning aerial theatre performance with cutting-edge interactive technology, plus creative workshops, live music, pop-up galleries and delicious local eats.

For the full program, visit horizonfestival.com.au.

Continue Reading
You may also like...
Related Topics: Featured, performance

United we stand
Southeast Queensland bid for the Olympics