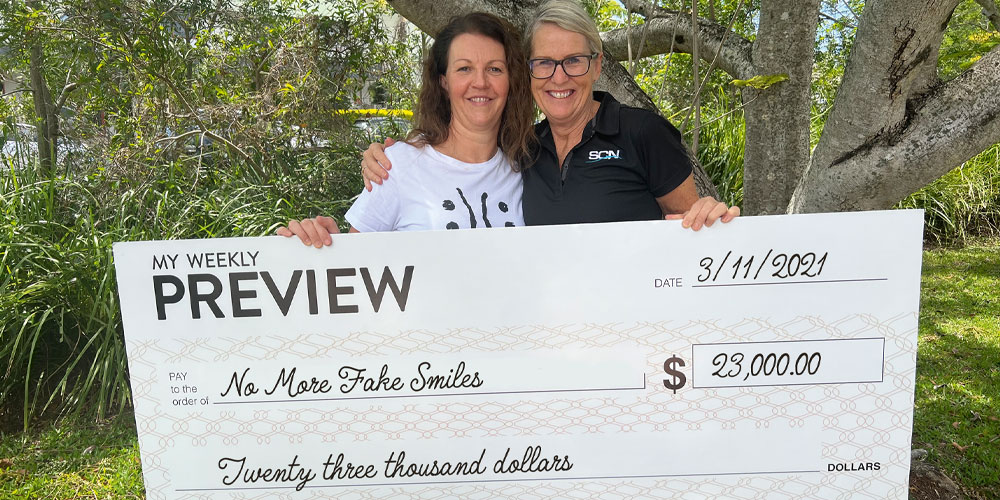 The sum of $23,000 can make a big difference in shaping a future. It can pay for an education, or be used towards a deposit for a new home.

And, in the case of a recent fundraising initiative spearheaded by My Weekly Preview, it can be a life-changing investment for survivors of child sex abuse.

This incredible figure has been raised for the Sunshine Coast-based charity No More Fake Smiles thanks to the generosity of those who attended My Weekly Preview’s sold-out October My Style luncheon, and who purchased tickets for a diamond raffle that was launched on the day.

No More Fake Smile managing director Tracey Morris says she is overwhelmed with the community’s support, especially considering the charity is only two years old.

“We have an unwavering mission and purpose and to be able to feel [the community’s] support and encouragement means so much to us,” Ms Morris says.

“We can’t do what we do without the community and it’s extremely important because we are not government funded. All the money that the charity has is raised in the community.”

No More Fake Smiles raised a further $6812 at its second anniversary fundraiser on October 30, where the winner of the 1.21-carat diamond was announced.

The diamond was donated by Sunshine Coast resident Karen Lazare, while jeweller Vanessa Nock of Uniqueness Designer Jeweller donated $5500 for the winner to have the diamond made into a piece of jewellery. 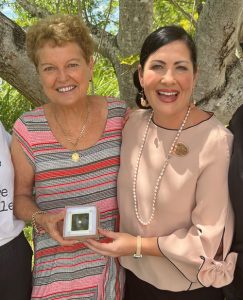 Mooloolaba resident and avid My Weekly Preview reader Vivien Marsh says she was speechless to win “the most amazing diamond” she has ever seen. She plans to have it made into a ring.

“I like to get involved in local charities when I see fundraisers in the magazine,” she says. “I wanted help this cause as I think it is important to be able to help children. To win this was absolutely surprising. You support these causes because you want to help, you never think you will get something in return.”

Ms Morris says the money raised from the My Style luncheon, as well as the birthday event, will support six children through therapy.

“The money goes into providing therapies for child victims, and also advocacy work in the justice system on behalf of children.”

“It’s about raising awareness and building No More Fake Smiles in community so more people can come on board,” Ms Morris adds.

“Our ambassadors will help us to raise that awareness and help to have more happening within the community.

“Over the next 12 months it will keep the trajectory going to raising that awareness with community, holding fundraisers with us as the recipient, and hopefully we have more happening in schools.

“That’s where Ben comes into it. He had a team run in the Sunshine Coast Marathon wearing our shirts and raising money.”

No More Fake Smiles is on a mission to achieve a better world for our children. The team’s purpose includes: