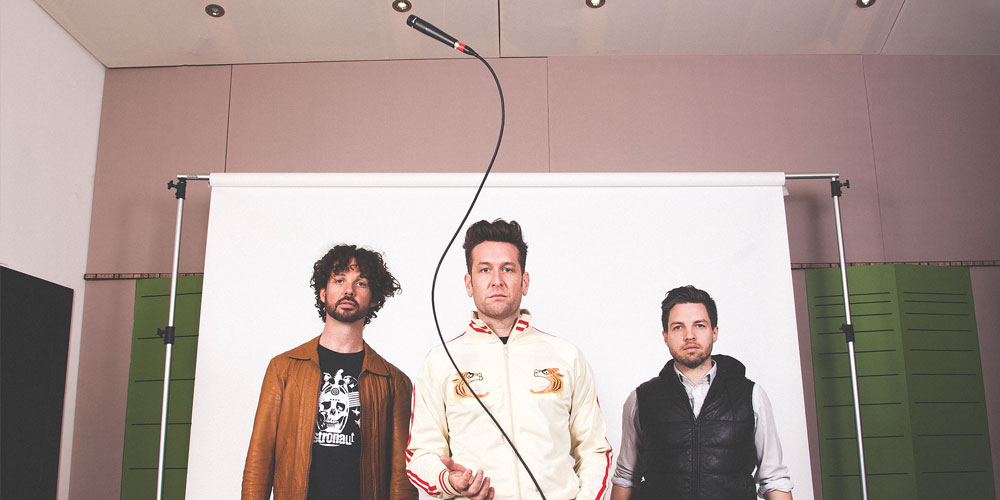 Eskimo Joe frontman Kav Temperley knows a thing or two about what it takes to put on a great show and when he is in full force with Stuart MacLeod and Joel Quartermain, there is no telling what sort of magic could happen.

Sunshine Coasters will have the opportunity to see the trio in action at the Caloundra Music Festival (CMF), to be held at Kings Beach from September 28 to October 1.

Sandwiched between Aussie bands Sheppard and The Living End on the September 30 artist line-up, Mr Temperley says it will be a night to remember.

“Some of the best shows are when you have these serendipitous moments, like a few years ago when we were touring Black Fingernails, Red Wine and did a show in Adelaide, they had been in a massive drought and as we were approaching our final song this massive thundercloud came rolling in from the distance,” he tells My Weekly Preview.

“We literally played our last chords and the rain came pouring down. It was such an amazing moment and everyone collectively went, ‘Woe, that was spooky and also pretty cool’.”

While Eskimo Joe had taken a bit of a sabbatical, they are now back in full force and Mr Temperley promises fans will be able to rock out to a host of their best hits, including the crowd favourite From the Sea.

Tickets are still available for the four-day extravaganza of sun, surf and soul, with the 12th annual festival offering a diverse line-up of live music featuring the best local, national and international artists.

As Caloundra Music Festival is a family-friendly festival, there is also a host of extra entertainment including the Funky Forest, which is home to the Sun Stage and offers stacks of activities for the kids including ukulele, drumming and flower crown workshops, inflatables, face painting, kids yoga, fossicking and craft activities.

For those a little older, the photo booth is a great way to get some happy snaps to remember the weekend and any hungry festivalgoers will be delighted by the culinary experiences on offer through six food courts and a large undercover seating area at the Soul Stage.

Don’t forget to bring your own water bottle to fill up at one of the refill stations, as no bottled water will be sold at the event in order to reduce plastic waste generated at the festival.

High tea by the sea amps it up this year
What’s the future of NAPLAN?