Rabbitoh Cody Walker is tackled by David Fusitu’a from the New Zealand Warriors during a 2018 match in Auckland. Image: AAP

History is set to be made this month when the South Sydney Rabbitohs run onto the Sunshine Coast Stadium field to take on the New Zealand Warriors in what will be the region’s first National Rugby League (NRL) round match.

With two competition points on the line, the level of intensity tens of thousands of NRL fans have enjoyed in pre-season match-ups earlier this year will be cranked up. And, having missed a few opportunities in the past to train and play on the Coast, Rabbitohs captain Sam Burgess is just as pumped about the game as we are.

Speaking with My Weekly Preview on a rare day off from training, Mr Burgess says injury kept him away from a training camp on the Coast in 2015.

He also missed the Rabbitohs’ promotional tour in October last year when the deal with the Sunshine Coast Stadium to play one NRL match on the Coast each year until 2021 was announced.

“I want to break that drought this year,” he quips. “I’m looking forward to getting out there to showcase good rugby league.

“There is something in the air when there are competition points up for grabs and typically the Warriors are a big, physical pack who have a bit of flair, so they always turn up for a great game.”

Having played international games in both rugby league and rugby union, the six-foot-five forward has run onto the fields of some of the world’s biggest stadiums, but he says nothing compares to the atmosphere of playing in front of a full house in a smaller stadium.

“I prefer the smaller crowds in some cases – one of our trial games this season was in front of 10,000 people and the atmosphere was electric; there was so much excitement in the place,” he says.

“My favourite is the Central Coast Stadium in Gosford (which has a capacity of 20,059) because while it’s not huge, you can feel the passion there and fans are close to the action. Where I grew up in England, the stadiums are usually 15,000 to 20,000 capacity, so I quite enjoy that size.”

Under the guidance of coach Wayne Bennett, Mr Burgess says young guns like Cameron Murray and Braidon Burns will shine alongside team stalwarts Dane Gagai, Adam Reynolds and Greg Inglis during the round five match.

Among a host of residents looking for a taste of NRL action, the match is expected to draw more than 3000 visitors from outside the region. It also looks set to rival, if not beat, the record crowd of 10,680 who turned up to watch the pre-season North Queensland Cowboys versus Gold Coast Titans game in February.

Live TV coverage will beam the region to massive audiences around Australia and New Zealand, which Mayor Mark Jamieson says is a great outcome.

“Council has worked hard for some time on increasing the awareness of our region by the NRL, whether it be through hosting trial matches or being a venue for pre-season training,” he says. “We’ve shown our outstanding credentials, including providing a venue that can host NRL events.”

With the success of the Sunshine Coast Lightning and the establishment of the Australian Cycling Academy, Mayor Jamieson says the sport and fitness industry is one of the region’s seven high-value industries, generating more than $440 million in economic activity each year.

Sunshine Coast Falcons CEO Chris Flannery says the partnership with the Melbourne Storm remains strong, with the Falcons continuing to be one of the NRL club’s feeder teams until at least 2020.

“Having NRL games here is also great for our local players,” he says. “Our usual home games attract about 2000 spectators, so for them to be able to run on with more than five times that in the curtain-raiser game on April 13 will be a great experience for them.

“The more NRL games we get, the better, and hopefully it will lead to our stadium getting bigger to increase our chances not only of an NRL team, but also to take advantage of opportunities like hosting the QRL Intrust Super Cup grand final, which will be played at Redcliffe this year.”

Mayor Jamieson says there are aspirations for the region to place itself in a position to be “the next cab off the rank if an NRL license became available in the future”.

“Games like the Cowboys v Titans match held in February, and the upcoming season fixture between the Rabbitohs and the Warriors give the region a great opportunity to showcase what we have to offer, so the Sunshine Coast is well placed to host its own NRL team in the future,” he says.

NRL head of government and community relations Jaymes Boland-Rudder agrees the region has “an established and strong connection with rugby league”.

However, he was quick to point out that there are “many more considerations for expansion than a region’s ability to host an NRL fixture”. “That said, our belief is that playing matches on the Sunshine Coast – as well as many other areas in 2019 – is a form of expansion itself,” he says.

“We have been very clear recently that we will be looking at what is right for the future direction of the game. That includes the prospect of expansion. However, it is very early in that process.”

No matter what the future holds, there are plenty of pathways into the big leagues for Sunshine Coast players. Mr Flannery says a number of junior Coast players have signed contracts with the Storm and youngsters from Melbourne have the opportunity to be based on the Coast to “cut their teeth” here before going on to play at NRL level.

“The relationship is working really well.

“The more our local guys see those elite players here and see the NRL players training and competing, the more that they realise it’s not out of their grasp to reach that level,’’ he says.

Mr Burgess says he is particularly excited about the success of the inaugural Women’s Rugby League season last year and what it means for young players of any gender in the future. “We used to go and watch Mum [Julie Burgess] play every weekend and she represented Great Britain at one point,” he says proudly.

“My daughter is now two and she already loves rugby, screaming at the TV when a game is on, and she is growing up kicking soccer balls and rugby balls.

“The little fella is three months [old], but he’ll be the same, no doubt. It is brilliant to know they will both be able to play professionally in the future if they want to.”

Do you think the Sunshine Coast should have an NRL team?

This is a question My Weekly Preview asked two years ago, and with the NRL chief executive Todd Greenberg ramping up talks of expansion or team relocation in the past few weeks, it has become more valid than ever. We asked some NRL greats, past and present, for their thoughts.

“The more times we can fill the Sunshine Coast Stadium and show that the demand exceeds what we currently have here, that is always going to be positive for any future bid for [stadium] upgrades and our own team.

“There has been a bit of talk over the last month by the NRL CEO Todd Greenberg in regards to expansion and Redcliffe is being touted as a possible inclusion to the NRL. They’re the frontrunners, but a lot of people who don’t want an extra team in Brisbane certainly think the Sunshine Coast would be a great location to have an extra NRL team.

“A lot of things are being spoken about, but if we continue to improve the facilities here at Sunshine Coast Stadium and do everything possible to bring those crowds to the Sunshine Coast, who knows what’ll happen in the future.” 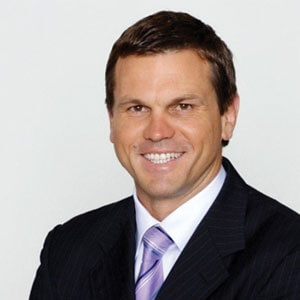 “I have been to the Coast plenty of times and I love how passionate they are about the game. Having the NRL host round matches there will give the proper homage to rugby league that many want in that area, and the Coast has produced a number of great footballers over the years.

“I know the Coast will attract consistent crowds. It reminds me a bit of Newcastle before the Knights. Every now and then an NRL trial match would come along and we used to absolutely love it. Further down the track, the Knights were formed and the community really got behind that ambition for us to have our own team.

“Over a period of time, if it is strategically planned, the Sunshine Coast could definitely have a crack at getting their own team. Expansion is part of the game for the NRL and I would like to think the Coast would certainly, one day, be in the comp.” 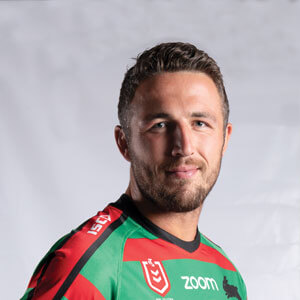 “The round five match – where we will face up against the Warriors – is a step forward for the Sunshine Coast and maybe the NRL bosses will see the success that might come from having a permanent NRL team there.

“I’m all for it; any expansion of the game is fantastic. There is heaps of talent around the country, so giving these players the opportunity to play professionally is only a positive thing.

“I remember growing up as an eight-year-old kid and how it was so exciting to see a professional open training session. I remembered every player who stopped to interact with me after training and I have followed their careers.

“The power of that is the more teams there are out there, interacting with young players, even if they inspire just one kid to pursue their dream, that’s what the NRL is about and it means we’re doing a good job.”

Continue Reading
You may also like...
Related Topics: NRL, Rabbitohs

Green status promises a bright future
Meeting of a lifetime