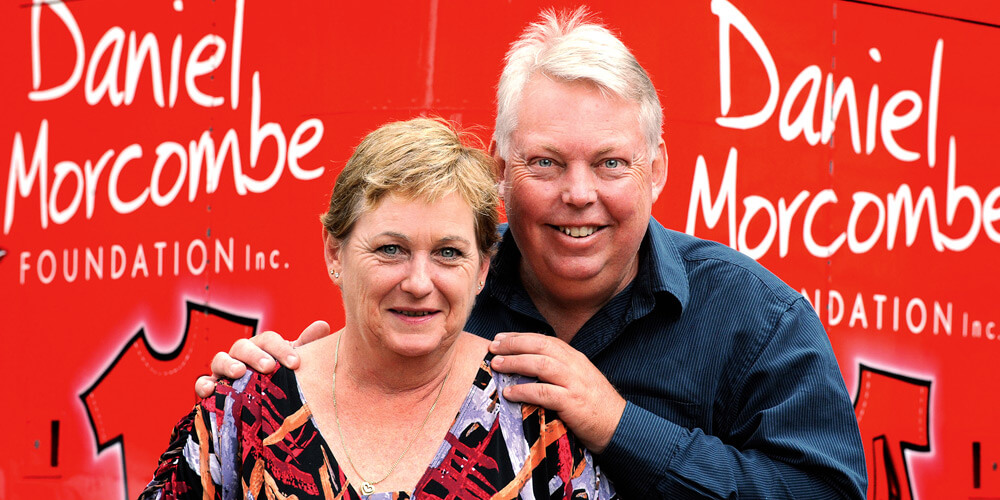 More than 1500 people wore red shirts in a show of solidarity to support the 13th annual Walk for Daniel last Friday and in a glimpse of what lies ahead for the future of the foundation, thousands more students from 2800 schools around the country tuned in to an online broadcast from their classrooms to watch Bruce and Denise Morcombe present the inaugural Australia’s Biggest Child Safety Lesson.

The foundation was established in 2005, two years after Mr and Mrs Morcombe’s son Daniel was abducted and murdered.

The foundation has become a lasting legacy to Daniel and now has two main aims – to educate children on how to stay safe in a physical and online environment, and to support young victims of crime.

The new CEO of the Daniel Morcombe Foundation, Holly Brennan, says while a large portion of the country is aware of Daniel’s story and actively participates in the Day for Daniel, the small but dedicated team of six part-time workers and the large contingent of volunteers continue to work year-round to increase the reach of the foundation’s important messages.

The Morcombes have spent more than a decade travelling the country to deliver child safety lessons to students and now Ms Brennan has come on board to allow them to enjoy time with their family.

Ms Brennan says the foundation’s focus for the next 12 months will be on boosting resources for parents and caregivers to equip them with the right tools to open the lines of communication with children.

“A lot of teachers and parents lack confidence and sometimes feel uncomfortable having these conversations and we want these resources and, in the future, webinars to help them through this,” she says.

“We don’t want out children to grow up with fear, but we need to structure the conversations calmly around positive actions the children can take to feel in control and we start with the message
that their body belongs to them.

“Child abuse has been viewed in a shameful way in the past, but we are all learning that it’s okay to talk about child abuse and sexual abuse and we need to remind children that they won’t get in
trouble if they tell someone that this has happened to them.”

Ms Brennan says the stranger danger message is becoming less relevant as the majority of child abuse and child sexual abuse cases are linked to someone known to the child.

“Children need to know … they can reach out for help and if they are scared or worried, that someone will always be there for them to listen,” she says.

With more than 356,000 Facebook followers, the strength of the social media presence of the foundation allows the team to communicate directly with the large contingent of families who have become the backbone of the foundation.

“It is these people that allow us to exist.

“The foundation can only operate thanks to the mums and dads funding our work, which is quite amazing,’’ Ms Brennan says.