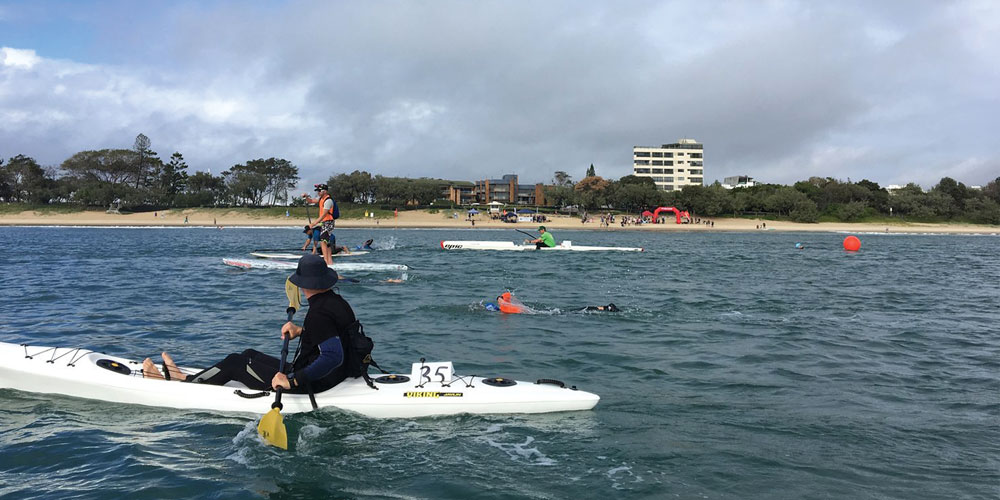 Kylie Pitt knows all too well how the Sunshine Coast community pulls together for causes close to their hearts.

Four years ago, the mother-of-three heard about the Island Charity Swim only days before the long-running major fundraiser for the Nambour and Currimundi Special Schools event was to be held.

With her middle child, Daley ‘Dooey’ Cuthel as her inspiration, she worked with family friend Kylie Zikarsky to pull together a team of swimmers, some as young as nine, to take on the chilly winter waters for the 11-kilometre swim from Mudjimba to Mooloolaba and they set about raising the $3000 needed to participate with just four days to achieve the task.

They managed to raise $6000. The Digging Deep for Dooey team has raised an incredible $20,000 in the past two years.

For this year’s event, to be held on May 11, Digging Deep for Dooey has a team of 12 swimmers and an ambitious goal of raising $15,000 for much-needed equipment and resources for the Coast’s two special schools.

More than $1 million has been raised since the Island Charity Swim started in 2001, allowing Currimundi Special School to buy, among other things, a hydrotherapy pool, sensory playground, gym and fitness centre, and wheelchair bus, while Nambour Special School has invested in a wheelchair bus, playground equipment, technology and curriculum resources.

Ms Pitt says she has found an incredibly supportive community through Daley’s school and she has become more passionate about raising funds to support the tireless work of the teachers at both schools.

Daley is 14 and has autism spectrum disorder and oral dyspraxia, making it hard for him to develop speech. He is largely non-verbal.

“We often say we take life lessons from Daley because some kids become frustrated and aggravated when they can’t get their message across, but Daley has the patience of a saint and will wait for you to figure out what he wants,” she says.

Ms Pitt says he moved from Sunshine Coast Grammar School to Nambour Special School at the end of  Year 5 so that he could master skills for independent living and he has thrived.

“We’ve done a lot of therapies for him one-on-one through the private system, but we’d never been too much outside of our own bubble, but connecting through the Island Charity Swim makes you see how many kids and families out there struggle just with day-to-day activities and it makes us realise we are really fortunate that Daley can participate in our activities to the ability that he can,” she says.

“These schools are just amazing and they are teaching [Daley] and all of the students the skills to be able to integrate into society. This is why we are so passionate about raising money because the more resources we can put back into these schools, the more likely independence is for a lot of these children.”

If you can give a little to the Digging Deep for Dooey team to help them reach their fundraising goal, visit justgiving.com/fundraising/kylie-pitt1.